LEMILLION IS BACK IN ACTION!!!

#bnha spoilers, #manga spoilers, #chapter 292, #mha spoilers, #war arc, #boku no hero manga, #boku no hero academia, #my hero spoilers, #my hero academia spoilers, #reaction, #jesus fucking christ, #this was an emotional ride for me guys, #jesussssss, #i mean, #omg, #i can't believe this, #you have no idea how happy i am, #my boi's back, #mirio togata, #lemillion, #is back, #i repeat, #LEMILLION IS BACK, #this is not a drill, #i meann, #other stuff happens too, #but let's not worry about that, #i feel bad for the others though, #but let's focus on the positive, #cuz otherwise i get sad :(
3 notes · See All
inesbxvbindingLink
Get LAID Tonight ->TAP HERE<- https://tmblr.co/m4wQTBOiAXRnYOZbh-QsdqQ
#wrecked, #selfshot, #snapchatmenow, #oxenfree, #food photography, #darius, #reaction, #scen, #lexi+belle, #tamaraf
0 notes · See All
gifs-directoryPhoto

All bark no bite 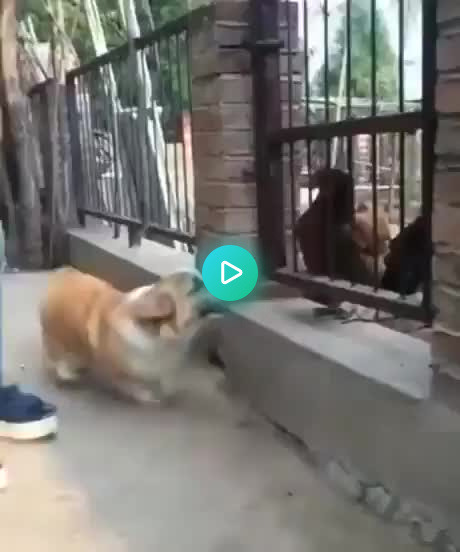 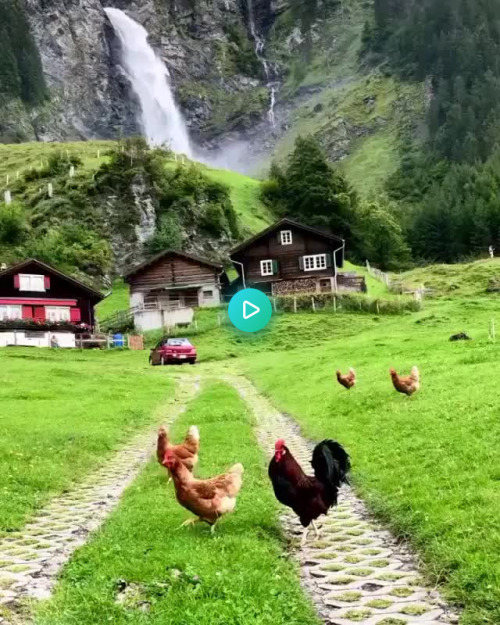 You were horribly exhausted; it had been a very busy week and you honestly wanted nothing more than to just crawl into bed and fall asleep. However, you had been cuddled up on the couch with Joon as he was excitedly showing you pictures, he has taken on a fishing trip with Jin. It’s not that you weren’t enjoying yourself, you were, you were happy to see how his eyes lit up telling you the stories behind each picture…you were just exhausted. Just as Joon was about to show you a video, your body betrayed you and you let out a big yawn. “Are you alright jagi? You look tired.” Joon asked lightly rubbing your back. “I’m okay Joon I’m just exhausted.” “Y/N if you’re tired you could have just told me, these pictures can wait!” You smiled to yourself, happy that he understood. The next thing you knew, he was ushering you into his bedroom and tucking you in as he cradled you in his arms as you drifted off into a peaceful sleep.

You had been curled up on Jin’s bed watching the boy’s interview, you were beyond happy for them and this interview was a big deal. What made you even happier was watching your boyfriend become excited as the host asked him to tell a few jokes. You chuckled to yourself, you loved when watching him get even more excited with every joke he told. The interview had ended about 20 minutes ago and you knew that any moment the boys would be back home, and you would be able to give Jin a huge hug. As much as you wanted to do this, your brain had other ideas. You could feel yourself drifting off to sleep. You vaguely heard the door open and the boys come in, but you were honestly too drowsy. Jin came into his bedroom and chuckled to himself when he saw you curled up on his bed, holding the RJ stuffy he had given you under the soft glow of your laptop screen. “Oh Y/N you’re too cute.” He shut your laptop and went to move you under the blankets hoping not to move you too much that you would wake up. “Seokjinnie,” you mumbled as you felt his hands moving you, “I’m sorry…I wanted to be awake to greet you, but I fell asleep.” “Ah jagi, you don’t have to apologize, I’ll be here tomorrow, come on let’s sleep.” Laying down next to you, he wrapped his arms around you and kissed your neck, and you both instantly fell into a deep sleep.

Yoongi had invited you to his studio to show you the latest songs he had been working on. You were more than happy to join him, so you decided going to bed early could wait. On your way you picked up his favorite foods, figuring you could make a nice night out of it. Arriving at the studio, he greeted you with a big hug and a small kiss. A grin spread across his face when you pulled the food out of your bag. The two of you sat on his couch and talked about nothing and everything as you enjoyed the meal. Once you had finished of everything, he walked you back over to his computer and set a pair of headphones on your head so you could hear his latest work. Once he sat down in his chair you followed, finding a comfy spot right on his lap, he wrapped his arms around your waist as he clicked play and you both became engulfed in the sounds of the music. As it got later in the night, Yoongi continued working on his music and you were content just to sit there with him. However, it was late, and your brain was begging you for sleep and before you knew it your head was nuzzled into Yoongi’s neck and you were fast asleep. A light snore caught Yoongi’s attention as he realized you had fallen asleep. “Ah jagi, you’re precious.” He whispered as he tightened his grip around you and continued working.

Granted you had been the one to ask Hobi to teach you the dance to Fake Love. You really did want to learn, but the pace that Hobi was going was much different than yours, it seemed as if he had unlimited stamina. Needing a break, you sat down against the wall and grabbed your water, immediately you realized how exhausted you really were. Noticing that you had sat down, Hobi turned the music off and joined you on the floor. “How are you feeling Y/N?” Hobi asked as he wiped the sweat off of his forehead. “Honestly Hobi…I’m dead. How do you do this for hours on end?” you asked, laughter eminent in your voice, of course you knew how he did this for so long, he had been training for years now. “I am just extremely talented as you know” he replied, a slight suggestive tone to his voice. Laughing, you leaned over to rest your head on his shoulder. “Hobi…. all my muscles hurt…I think I’m dying.” You whined. “Alright jagi…let’s get you home.” Soon enough you were back at your apartment and in your bed, too tired to take a shower, reasoning with yourself that it could wait until tomorrow morning. Hobi had decided to take a quick shower before joining you in bed, you were scrolling through your phone absentmindedly as you felt him crawl into bed next to you. Softly rubbing your back, and whispering to you, you easily fell asleep.

You and Jimin had had a very long day, you had been out shopping, redecorating your apartment and visiting his family. It was an understatement to say that you were tired, you were beyond exhausted. Laying down on Jimin’s bed you watched as he begun reorganizing his room. Unsure as to where he got his energy from, you got out of bed and decided to change into your pajamas. “Going to sleep already Y/N?” Jimin asked. “Jimin, it is 1 in the morning, most normal people are asleep right now after the day we had” you joked with him. “Come cuddle me babe” you said to him as your got back into bed, stretching your arms out toward him. He laughed at you as he took in just how adorable you looked right now. Giving in, he stripped off his shirt and laid down beside you, opening his arms up to allow you to lay your head on his chest. Humming softly, he began to run his fingers through your hair. Before he knew it, you were out cold. Chuckling to himself at how cute you looked, that is until he realized you had started to drool. “Oh jagi…there are many things I will do for you but catch your drool is not one” he whispered to you as he shuffled you back onto your pillow.

He had just gone to take a shower; he really didn’t think he would be that long. Which is why he was surprised to find you curled up on his bed almost asleep. Taking a moment to take in your beauty as you lay there in one of his shirts that was more like a dress for you. He knew today had been hard for you, not only was work stressful but you just couldn’t seem to catch a break with school. Sympathetically, he decided to tuck you in and crawl in beside you. Just has he had gone to put some pajamas on you realized he wasn’t next to you, “Taehyungie” you whined “come cuddle me.” He laughed at you as he walked over to where you lay on his bed. “Of course Y/N I would never pass up an opportunity to cuddle you” he said as he crawled into bed beside you and passed you his Tata stuffy that he knew was your favorite. Rolling over, you nuzzled your head into his neck, soaking in his smell as he ran his fingers over your bare skin.

For once Jungkook was home before you, he had been practicing all day with Namjoon to master the choreography for their upcoming performance. You had both agreed to meet back at the dorms when you were done with your days. Settling down in his bed he decided to just spend some time on his phone while he waited for you. All of a sudden, his phone was ringing, seeing as it was Jin he decided to answer. “Hi Jin, what’s up?” he asked. “Hey Kook, I just wanted to let you know that I stopped to get a coffee on my way home, and bumped into Y/N at the café, she was still studying, she said she lost track of time, she’s with me now, she’s just fallen asleep I wanted to let you know where she was so you wouldn’t panic.” Jin informed him. Letting out a deep breath he didn’t know he was holding he thanked his hyung for letting him know you were safe. Once Jin pulled into the driveway of the dorms, Jungkook ran out there to help get you into the building. As Kookie scooped you up, he tried not to wake you, figuring that you could use the sleep, and Jin helped him open all the doors. Putting you down gently on the bed, he thanked Jin for bringing you home, and closed the door to his room, and gave you a gentle kiss on the head as he crawled into bed next to you.

Someone call the ghostbusters!

The Good, the Bad, and Jeff Goldblum 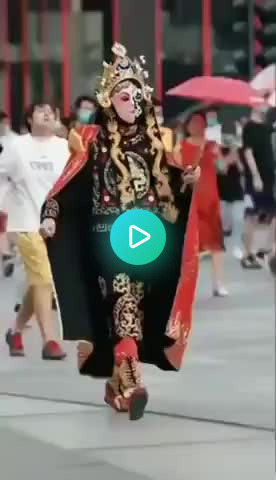 #one piece, #op spoilers, #one piece 997, #kaido, #yamato, #Onigashima, #wano, #reaction, #hes literally a beast, #i don't see him losing, #Oda you madman, #also I'm pretty sure this all but confirms that Kaido is a dragon, #does he even have a df??? cos hed be extra OP if he was a drahon with some defense based paramecia or smth, #a dragon who ate the cant be killed no mi
36 notes · See All
gifs-directoryPhoto 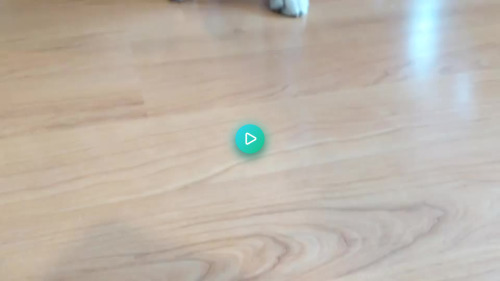 Just Got His New Fidget Spinner