Peter B. Parker: ok Miles you want to know how to be a hero right?

Peter B. Parker: ok! Then there are two points you need to know:

Peter B. Parker: oh and D, use baby powder to avoid chafing.

You create your ideal self. The exceptional individual isn’t an outer figure. It’s a byproduct of a pursuit deep inside of us

“Okay, let’s do this one last time, yeah? For real this time. This is it. My name is Miles Morales.”

A to Z Character Challenge U: Ultimate Spider-Man

#a to z challenge, #miles morales, #spiderman, #into the spider verse, #spiderman itsv, #spiderman into the spiderverse, #my art, #causeimanartist, #marvel, #coloring this was a pain and im never doing that again, #i drew this like four days ago, #and started playing animal crossing wild world to avoid coloring
232 notes · See All
forgetful-nerdText

Uncle Aaron: So Miles, did you sweep your crush off her feet? Did the shoulder touch work?

Miles: ah, her mouth said no-

Uncle Aaron: but her eyes said ….?

Tom’s Spider-Man: *gets hit by train*

Peter B. Parker’s Spider-Man: *train gets hit by him*

Andrew’s Spider-Man: *aboards train like a f*cking normal human being*

So Miles Morales: Spider-Man #16 comes out this week and Saladin was generous enough to preview some crucial panels.

That’s Miles and his newborn baby sister Billie Mariana Morales. I guess Rio successfully taught her boy how to change diapers. So this is adorable. But here is the money panel.

I love how most avengers with animal aliases have animal counter parts that are not their animals names.

AND THEN THERE’S JUST ANT-MAN WITH ANT-ANT

Miles: well…..I learned from the best!

Miles: It’s to bad you couldn’t be there that day Peter. Probably would have done you good, Gwen knows her sh*t.

Little something I made for an upcoming artist event I am invited where I’ll sell posters and stickers :3

I wrote a lot just before sending it the first time and tumblr ate my draft. *grumble grumble*

I liked it because it didn’t really fuck with the present. It’s a thing with future arcs like 2099 that I don’t like because it all of the sudden becomes interpreted as the end goal and it limits the scope of what could be done. Especially Cyberpunk futures which is an outdated genre. Ahmed didn’t set out to make the End canon. It was a fun one off story that isn’t essential to read at all. It doesn’t establish anything for Miles. The opposite of that bullshit Sitting in a Tree that Bendis and Latour penned. I hate it and still do.

What I love is that Ahmed stays true to the character and doesn’t yield to the setting. Someone on TV tropes has Miles called an Anti-Nihilist which I contend with because I am sure the kid practices Catholicism but regardless, the core of the trope is that Miles is about doing what he can to help the world be better even in dark times. So it becomes a logical conclusion that even in a Fallout-esque bleak setting, Miles chooses to be an unapologetic beacon of goodness and kindness that uplifts and defends his community. And that speaks volumes.

Speaking of which, Maxine is an interesting character because she is the daughter of Ganke and that automatically alludes to something that could be happening in the present. She doesn’t have distinct characteristics to tell you who her mother is but the fact that she has one hints that Ganke may be coming back into the spotlight with a girlfriend whether it is Danika or someone else is up to interpretation. And also the relationship between Maxine and Miles could be interpreted as Miles and Ganke fathering a child themselves if some yaoi fangirl really wants to twist that in there. I mean Ganke is technically pansexual so…

The only con I have is the art. I’ve never been a huge fan of Scott’s work even in Batgirl but it is not because it’s bad. I think it is great but it feels too cartoony compared to Garron’s or Jenn Bartel’s who I think Ahmed is bigging up because he wants to work with her. Anyways, I think is style is appropriate for story being told.

I have complete faith in Ahmed because he wasn’t interested in telling a story in spite of the character like Donny Cates is doing with Venom. He wanted to develop him and that he has. It’s a good fucking comic. And that is all I could ask for.

So I’m watching Spiderverse again and I’m so confused as to why Gwen was around from the very beginning if all the Spider people supposedly came at the same time during the explosion??

And how did she get into Visions anyway? And Alchemax? If she was from another dimension? Did she slip into the place of the Gwen from Brooklyn? If there even was a Brooklyn Gwen?

Did a video short for his roll as Spider Ham, and I love it so fucking much.

Spider-Man: Into the Spider-Verse (2018) prequel ‘Spider-Ham: Caught in a Ham’ follows Spider-Ham, a Looney Tunes take on Spiderman, as he faces off against bad guys, chows down on hot dogs, and makes plenty of food-based puns.

Hey hey hey! The Japanese Spiderverse theme! I just found out about it and it’s awesome! 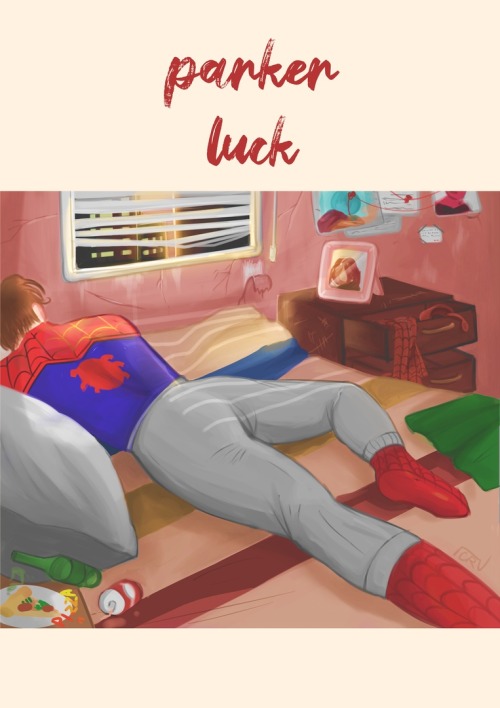 PLEASE let part 2 be a timeskip and Please take Penni more seriously as a character. I enjoyed her in the movie, but honestly she seems like a caricature and a joke.

Hi, I’m Peppa Parker! *Oink* and I was bitten by a radioactive spider!!!

a little Spider-Gwen for y’all

actually really proud of how this turned out tbh 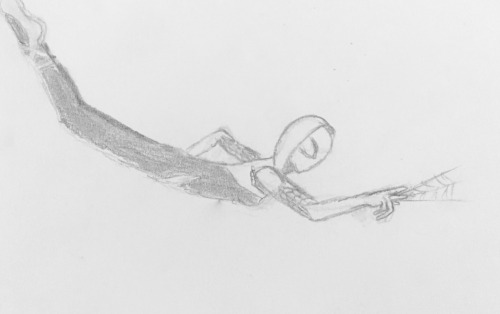 #my art, #spider-gwen, #gwen stacy, #spiderman itsv, #spiderman into the spider-verse, #idk what happened to her back arm but i like the rest
5 notes · See All
Next Page