Celebrating the cast of Bohemian Rhapsody

send me requests !! i write for queen, led zeppelin & some others! (message me or send an ask if you want a full list of everyone i write for!) requests for blurbs/oneshots are ALWAYS welcome and i’ll always take a look into them! send them my way, i’m in a mood to write :)

Alright, so i’ve been writing an oc for Night At The Museum. Her name is Caroline Smith, daughter of Jed, but the thing is she isn’t in the Museum of Natural History like her father. Oh, and she’s normal height compared to her father miniature form. When her exhibit gets moved to her fathers museum, what happens when she comes to life for the first time? And whats up with that pesky Pharaoh?

Anyone wanna be tagged in the chapters of this fic?

Sometimes I have to sit back and remember and appreciate just how strong Freddie Mercury was.

Just imagine having to come to terms with your own mortality. Knowing that you really don’t have much time left, and every second that goes by is another second gone of the little time that you have. Every day continues a steady march toward the finish line that is… uncomfortably close, to say the least.

But it seemed like he was okay with that. Or at least, he didn’t let it get to him all that much. He didn’t mope around, he never really complained about it. And he was never crushed under the pressure of it all, and I think most us probably would be. Instead, he decided to live the rest of his life to the fullest. To make every last moment count as much as it possibly could.

To have the sheer strength and bravery needed to literally cope with your own impending death. Others go through the same thing every day, he definitely wasn’t alone. And those people deserve all the respect the world can offer. Because just… wow.

And not only that, he was also brave enough to identify as homosexual in a world that wasn’t ready for it yet. You have to remember that this was a time when homosexuality was still listed as a mental disorder. A psychological defect. Even if he did keep it considerably hidden, (there is nothing wrong with being in the closet btw, it’s all about what the individual is comfortable with) you still have to give him IMMENSE credit for even stepping into that territory, which was a risky move.

Conclusion: Freddie was probably one of the strongest and bravest people who have ever existed.

Reblog if you agree. ❤️

is this kinda fucked up,

or is it just quarantine

caught in a face mask,

no escape from anxiety.

A/N~ This fic is dedicated to Leila and Sara because I love them both!

GWILYM IS SO CUTE WTF

a/n: this is the shortest time i managed to write a chapter. there are some new characters introduced that will also be mentioned in future chapters. also there’s some drama in this that i think is going to be good. it’s a little shorter than what i originally had planned because i had to take some stuff out but i still hope it’s good

summary: when their two best friends die, it’s up to ben and y/n to take of their goddaughter and the challenges that come with it.

a month has passed and so far everything has gone smoothly. ben and y/n have figured out how to work around their schedules.  most of the time she had charlie because ben was filming but whenever he wasn’t, he was with her. they moved in and ben had brought frankie with him. at first they were a little hesitant about how she would act around charlie and vice versa but now frankie had become her protector. whenever charlie was napping, frankie would be with her. sean was another problem. he didn’t like the idea of y/n living with ben but he had managed to forget about it because he knew he had her wrapped around his finger by acting like the perfect gentleman and changing his attitude.

they had spent the next month planning the funeral and the only date they managed to get was one the 1 year anniversary of christian and lennon’s wedding or else they had to wait another few months until august and y/n didn’t want to wait that long because she didn’t know if ben would still be filming or if he were going to be taking break. ben advised her to go with it. she had never been more stressed in her life to the point where she falls asleep at random places. ben had noticed her behavior and advised her that she should go see a therapist. she didn’t want to. she didn’t want to talk to anyone about how she feels let alone a stranger, he understood where she was coming from but still encouraged her to go. he couldn’t say the same for him, he did have his bad days and did hide his emotions often.

now y/n was in her room putting finishing touches on charlie. they knew that taking a baby to see their own parents funeral wasn’t the best idea or the right one, but they had no choice. ben was in the bathroom fixing his tie, or at least trying to before getting frustrated and throwing it off and putting his hands on the sink counter. Knowing he needed to calm down, he went downstairs to get some water. on his way he saw her with charlie in her lap rocking her back and forth as charlie played with the ends of her dress. she felt someone staring at her and picked up her head to find ben staring at the both of them

I was a crying mess by the end.

Malik was faboulous in it, scratch that, all guys were truly amazing. This movie is to great to put in words and once again makes me wish that I was born sooner just so I could have witnesed Queen together.

#bohemian rhapsody, #Queen, #To good to put in words, #So mamy tears shed here, #Why is it making me so goddamn emotional, #A 100 out of 10, #Paul should rot in hell as satans lapdog, #He doesn't deserve shit
0 notes · See All
perriwiinkleText 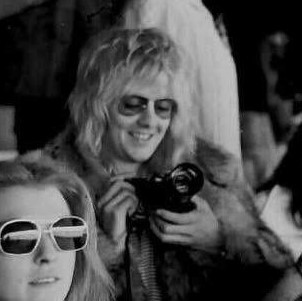 plot: reader travels back in time to the 1970s and bumps into queen in their earlier days.

here it is! chapter 30! it’s only 5K words, and is again fluffy. everything is building up to the end. only 3 more chapters left guys! i hope you like this part, and if you did, leave a comment or an ask! also! im publishing out of time as a full book (not as a fanfiction obviously lmao) and if you want to be informed about the pre-orders/book title/cover, sign yourself up to be on my mailing list at this link!

This is only happening because of all of you guys. i love you all so much.

It had been a few days since Roger had given you the ring, but you found yourself staring at it still. You’d never worn a ring this significant before. You wondered how much it cost, and what kind of a ring it even was. You had no knowledge about stuff like that. None of your friends had gotten married yet and the first wedding you’d technically attended as an adult was John and Veronica’s.

The ring felt heavy on your finger, probably because you weren’t used to wearing one. You’d never even worn a promise ring or something, because you hadn’t ever had a boyfriend like that. The last ring you had worn was plastic and came with your barbie playset. No wonder it felt weird to wear one now.

“You’re staring at it again” You heard and you looked up to see Mary. You were in Freddie and Mary’s apartment and Roger was in the kitchen with Brian making club sandwiches. Ever since your rooftop picnic, Roger had actually started venturing into the kitchen and learnt how to make stuff. He still couldn’t boil an egg, but at least he could self-sustain.

“The ring is beautiful indeed” She said, moving over to sit next to you on the couch “I’d stare at it too if I were you”

“I agree” Freddie chimed in, taking your hand and bringing it close to his face “Although personally I would have gotten something bigger. So big you couldn’t lift your hand, and had to lug it around everywhere”

“Freddie, you helped me pick that out! Don’t be an ass now!” You heard Roger yell from their kitchen. You laughed and Freddie let go of your hand.

“Whatever, darling” He said, walking away and Mary let out a laugh.

I definitely have to look more into @supersonicfreddie and @deacyblues though

Thanks for the recs anon ❤️

Freddie: you can control humans by giving them cheese

John: cheese is so good though

Freddie: I got one