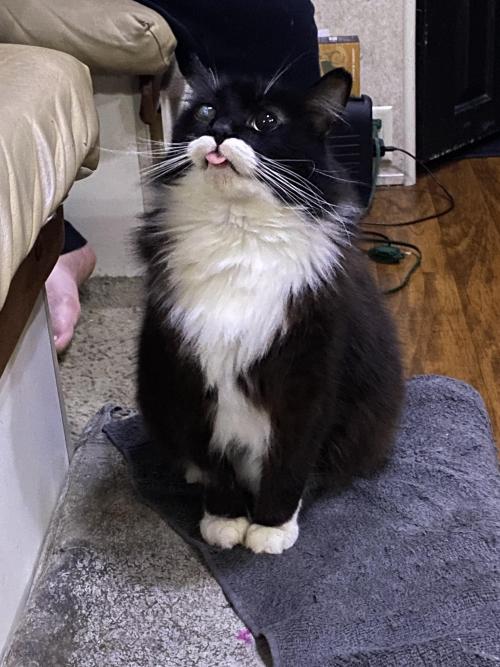 Today’s “walk” actually took two trips. The first time, the spawnlings were taking out the garbage and Roy got spooked. I got his harness off inside, he ate some kibble, then he realized that Smol was still outside, so back out we went.

While we were away, Smol had been busy making a leaf pile using a big tree branch she’d found. Roy was most intrigued.

After determining that there was no threat and nothing to hunt, he lost interest. Leaves can’t possibly compare to birds, so he parked himself in the empty garden area.

It’s a great place to bird watch, but terrible for hunting, given that he was fenced in. He caught absolutely nothing, but the birds had a great time teasing him. And on that note, I’ll leave you with the best picture I could get of one of the little peeps (which isn’t all that great, but they’re fast).

Check it out guys! Faithful to my 10 day work pace (🙄) I finished this piece last night 😊

Original portrait inks completed for commission last year, but I wasn’t done yet! My lovely friend and client loved the picture (of her two cutie kitty boys) so much, she decided to come back to me and ask to get it colored. I really enjoyed exploring the process of replicating watercolor through a digital medium. And with kitties this adorable, it was hard not to smile while I worked. Enjoy! 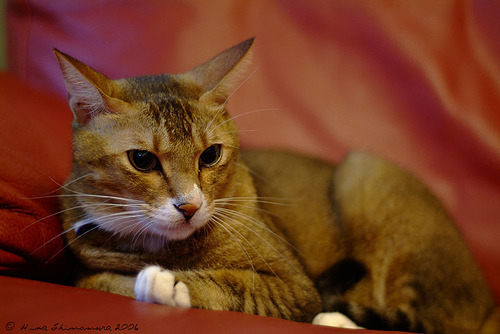