Never think that you are better than others, what you have in life may be a curse to them and vice versa.. bad energy like wishing something bad happens to someone is bad, bad.. it curses you pretty much by allowing negative energy into your life when we should keep that out cause it creates doubt - eUë

#the last empress, #humble, #methmerized, #get like me, #one in a billion chance, #diamond in the rough, #stay spun, #lets get spun, #spun fun, #spun friends
36 notes · See All
dreamsmadereal28Text

All I do is win win win no matter what!! I I stay getting money I won’t ever give it up

#get like me, #get money, #love for money, #methmerized, #lets get spun, #stay spun, #spun friends, #humble, #loyalfriends
18 notes · See All
beforevenicePhoto

Blessed are they who see beautiful things in humble places where other people see nothing. 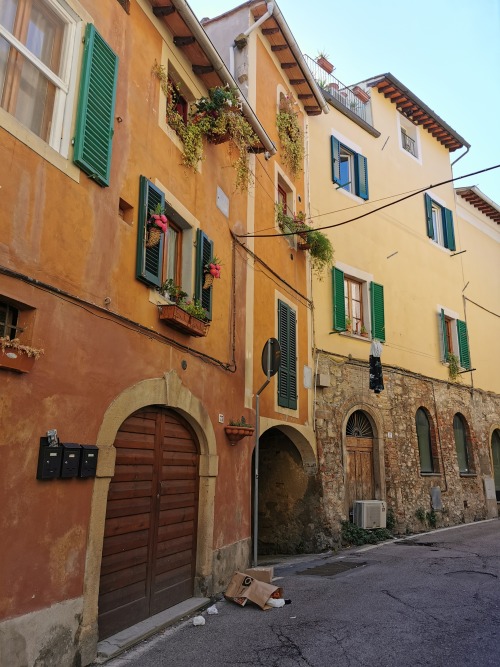 I had a Dream

Last night, I began to have a strange dream where I was watching a man driving through some forest in the mountains surrounded by thick trees with spike like limbs, he was cynical, not only about others but himself, a thought that was proven by his shady deals and cowardice as a white collar businessman.

Which was how he found himself traveling on a trip for the co pant he worked at, he was too much of a spineless and greedy man to turn down his boss’ orders. But, I had this deep understanding that this trip would change him in more ways than one.

It was then that I found myself sitting in the passengers side, next to him, the trees began to grow thicker and thicker to where their spikes grew closer and scratched the fancy paint off the man’s car.

He began cursing and pushed the gas pedal down in frustration, hoping that he would be able to break the limbs. But this failed to work as the the limbs were too thick to break and instead began digging into the metal as if it were mud during a rainstorm, malleable.

The limbs tore away at the shell surrounding the man, him not noticing that the unnatural trees had grown straight through the concrete of the road, forming a barrier of spikes that stabbed through the front of the car, destroying the vehicle completely.

The man didn’t show any sign of anger, instead he was afraid, his heavy breathing being the only sounds pounding in my ears as I watched him take out his phone and fail to call for help.

He was alone, despite my being there.

I couldn’t help him, I could only watch and listen.

And follow the man as he huffed and begin his trek through the trees wearing his suit, clean pressed and hemmed to fit him perfectly. At first he followed the road from which he came, but even that was impeded by the trees.

They were every where, stabbing every which way with their stake sharp limbs devoid of foliage and towards the sky, almost as if they were hoping to skewer the stars if they got to close.

The man growled, the walk already taking it’s toll as he was exhausted, thirsty and hungry to the point of starvation, his face gaunt and skeletal while his suit was ripped apart by the limbs, his flesh that he took particularly hours to make sure was clear of any blemishes littered with bloody cuts and bruises from bumping into the trees.

He thought himself a deadman and began to cry, his life flashing before my eyes in the form of snapshots that told his life’s story up until this point, his lowest.

Suddenly, both him and I froze at the sound of wood creaking and snapping all around us, the man only showing fear while I remained emotionless, my head turning to see a massive giant man whose flesh was made of twisted bark, a crown of limbs much like the trees melding with his skull as he stared down at the man with boredom.

A type of boredom that reminded me of a mother watching her child throw a tantrum again, it was a look of exhausted boredom that quickly changed to a furious but mute glare that sent the man running in the opposite direction when he saw the Titan.

I now watch in slight fear as he desperately tried to run away, only to have the limbs get in his way and slice through his suit even further until he reached a dried out opening in the woods.

He looked down to see that his suit was nothing more that tatters, held on my the masterful crafting of the tailors covered by mud now. His flesh stung painfully, and I could feel it through my own nerves.

The Titan returned, but he never went to far from the tree line. He stood there, unmoving and staring at the man until night fell and the man with it. His mind wandering off into a state of deep sleep until the sun rose.

He was much wiser now for some reason, a skip in time showing that his wounds had faded into scars and his hands and feet bound by the fabric of his shirt to prevent his skin from blistering as he climbing up the spiked limbs and jumped like a spider from tree to tree.

Escaping was no longer his concern, instead he was focused on something else entirely. Killing the Titan made of wood.

He succeeded and the Titan faded away into ash, the trees dying as well. Suddenly, my point of view shifted to me seeing through his eyes as a surge of unknown power pulsed through him.

And understanding of how to use it as in place of the bare valley that he had known, long flowing grass grew in it’s place, the valley of thorns and spikes transformed into a flourishing sea of green and flowers.

I understood what he was given, and why he stayed as I watched him become one with nature. He had become nature itself and he used it’s power to spread far beyond the reaches of the valley, his healing of life reaching outside the valley and into civilization,

And everything flourished, people were happy, they stopped becoming greedy and violent, families and friends of differing religions, races and genders coming together to follow the new embodiment of nature as he cautiously returned to the world of man now a walking god.

They excepted him, the man turned god welcomed by the city with open arms and doors as they let him eat dinner with him and told him of the many tales that their ancestors in his time before becoming nature told them.

He felt happy for the first time in his life, the change making him humble as he did not care for himself, nor did he refer to himself as a god while watching those same humans age into the elderly.

The world was at peace.

However, one day I watched him as he sat in a diner, surrounded by the people he cared for when a man I didn’t recognize but feared approached him

I watched as the man’s friends welcomed him to join the table for food and drink and stories to tell. But his eyes were only trained on the humbled god and I watched in horror as the evil man brought out a strange axe and sliced the god across the chest.

The axe was laced with an unnatural poison that began creeping through his blood, turning the god’s skin into rotting flesh as the angered masses began attacking him with tears flowing from their eyes while others despairing tried to aid the god.

However, the man turned god only smiled at the saddened people and his body melted into the ground below, where I felt great relief in knowing that there is where he would heal and continue living on.

The evil man only laughed, proclaiming himself the new god when he only made himself a liar when the same power granted to the first man never came and the wicked creature was slain for his crimes. Because, I understood why.

The first man knew that the Titan was corrupted by the power given to it, the corruption taking form of the twisted trees and other flora it created to transform the valley of it’s birth into a kingdom of pain and fear. It was only then that the man, humbled by his survival and understanding of what true nature was set out to destroy the Titan, his actions proving that his harmony with real nature despite being a man of once similar corruption was worthy of the power to heal what was hurt.

His actions bringing the best out in nature and in humanity as the centuries past, humanity still brought together as he returned and revived his killer from the dead.

He took the man as his student, forgiving him and taking him to the same woods where his transformation took place.

It was then that I woke up before any more could be seen, my heart filled with warmth that faded into cold when I realized that I was in the world of reality, and such a dream was only a dream, for now….

Wow, that was one heck of a dream that I actually remembered and was able to put into words. Usually my dreams are either downright weird or like this, most of the latter becoming strange coincidences that happen the exact same way in the future.

And dear god I would love to see how many people try to figure this out. Reblog with your version of what this dream was about.

Nothing like receiving what you put out plus more!

Vote Mary Hegar for Senate and Joe Biden for President & throw out the do nothing Trump & his lackey John Cornyn. It’s time for real leaders, for Texas AND for the United States 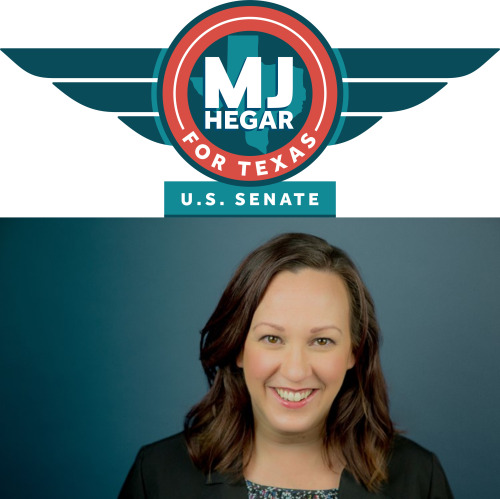 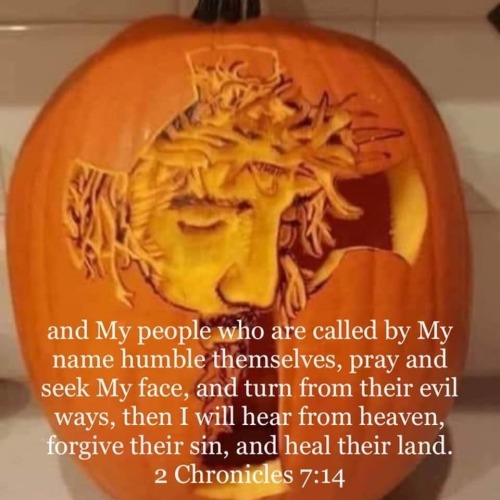 But many who are first will be last, and the last first.
— Matthew 19:30 | Berean Literal Bible (BLB)
The Berean Literal Bible © 2016 by Bible Hub and Berean Bible. All rights Reserved.
Cross References: Matthew 20:16; Mark 10:31; Luke 13:30
#reversal #human judgments #humility #service to others 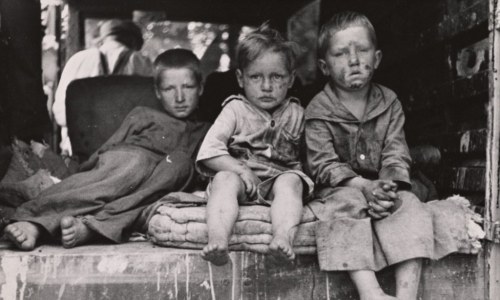