karebearsk8: definitely one of the many things i miss & crave 🥺 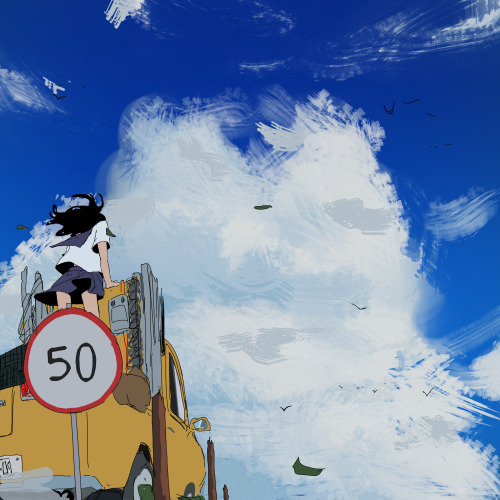 While doing quarantine, what I’m doing right now is practicing and teaching myself how to make MANGA/COMICS. I never done this before, and for me, its hard. One of my New Year’s resolution is to practice this, now its my chance to learn it.

Here’s the MANGA that I’m starting right now. The lines are hard to do because it needs to be perfect. The main character is the boy with spiky black hair, and the story?? I don’t know, but for now let me practice first, do some research, and watch tutorial videos.

Diehardman lost count of how long he had been on his knees in tears. His body sunk into the sand, the cold waves of the beach splashing along his clothes. He shuddered from nerves, shaking his head on the occasion as Cliff and his undead troupe had disappeared to find Sam. He was so taken aback at seeing his former colleague that to Diehardman, it didn’t matter if Bridget ended him right here and now. Nothing made sense anymore. America, the dreams he had for uniting people together again, his futile loyalty, it all amounted to nothing and he couldn’t make things right.

“Crying over spilled milk won’t help.” Amelie’s voice snapped Diehardman out of his sadness for a brief moment. He blinked several times, wiping away at his eyes as he forced himself to rise. He buckled, under the weight of his feelings as he glared in her direction.

“You–you gave everyone, me included false hope. Sold us on this idea of being united. You–you and Bridget—you both destroyed everything I stood for! Was every part of Sam’s journey a lie too?! And Cliff–what Bridget made me do–I–I loved him! God damn it, I loved him and you–”

He started to cry again, this time harsher as words refused to come out. Only whimpers and murmurs of ‘no’ could escape Diehardman’s lips as he avoided looking at Amelie, too disgusted to give her the presence of mind.

“Oh, you fool, you sad deluded fool.” Amelie whispered, shaking her head as she sighed and tried to approach Diehardman, only to stop as he held up his gun once more and pointed it right at her.

“Killing me won’t absolve you of your sins. You know that, right?” Amelie said as Diehardman sniffled, shaking his head as he grit his teeth.

“It’s keeping you away from me, and that’s good enough!” He exclaimed bitterly.

“Tell me, was being kidnapped a lie as well? Did you even go so far as to delude a person like Higgs into your trap? Did you have–did you have any hope for humanity, did some part of you–even in it’s smallest grains, did you ever care about the lives you toyed with?”

Amelie was dumbfounded, her eyes glazed over as she blinked and looked down at the sand by her shoes. There was a long pause as she contemplated. Truth be told, she didn’t know how to answer that. So much conflict resonated with her emotions that it was impossible to filter through and give Diehardman the answer he sought.

“You need to leave,” Amelie said simply, looking up at Diehardman and rushed at him, shoving him into the ocean much like she did to Sam. The gun went off, missing Amelie by an inch, and soon Diehardman was gone.

**A link to my ko-fi account. If you enjoy my content and want to support me getting my monthly medication for fibromyalgia and arthritis, I would be eternally grateful. It is NOT a requirement however! All my work is free to read!**

I’ve sought advice from both friends and professionals, and found some incredibly useful resources. They’ve been truly eye-opening. I feel strangely peaceful, I guess because I have a better idea of what’s going on.

I’ve decided to make small promises to myself, such as “I promise I’ll study in 15 minutes”, that way I can build up my self-trust. I’m also going to try learning to self-soothe and work on some grounding techniques.

On the whole I feel like I’ve finally taken a proper step forward today. Unfortunately due to current circumstances, I can’t seek professional help until September, but I do know how I can support myself in the meantime.

Many thanks to everyone I’ve spoken to today, I love you all so much and may the Force be with you ❤️

So, I’ve never really been a makeup person, adattpd I’m not good at it 🙈😰 I far from know how to do anything fancy, but I’ve been watching a LOT of Rupaul during isolation, so decided this is the best time to have some fun and improve my skills… TIPS AND TRICKS?! 😁😅🤷‍♀️ I always keep the eyes on a much smaller area of my lids.

I this is an eyebrow balm and I definitely would stick with my usual powder… and the eyeshadow looks more blended in real life, but here’s some fun!! ☺️

This lipstick is also not one I’d get again. It clumps badly no matter what I do. I LOVE the coloured though. Also, my foundation and neck are NOT at all blendable… That area has always been SO differently coloured. . It’s better when it tans in the summer though Tips? 🙈

Here’s some funky playing around today and two of what I usually do for my makeup! and my hair is usually curly and presentable… But social isolation, right?! Also, I only have these colors because of free makeup samples 😅🤷‍♀️😁

Ok, this is how things shook down today and how I’m planning to move ahead for now with practice.

“New World Order” is not a conspiracy theory, it’s just a name I casually gave to my system of organizing my vocal warmup/exercise routines and it’s stuck ever since. I learned over time that I’m someone who needs a regimen to stick to otherwise I get immensely distracted and/or discouraged. It’s just the collection of exercises that I know are working for me at the moment or that I need to stick to, and this list is flexible. Every few weeks or months this list morphs into a new list, which I write down again, then put them all in a binder for reference if I want to look back and see if there are old gems I’ve forgotten. Obviously it’s in my own weird language.

Actually, I was really surprised at how comfortable I felt lip trilling through pieces so I’m going to keep doing that. Even “Ach ich liebte,” minus the coloratura of course. My other aria baby is Abigail’s “aria” from The Crucible. I’m hoping to do it for the school competition in the fall. It’s wild and different and I adore it, but I’m gonna have to save writing about the experience singing her in scenes in another post because I have *feelings.* 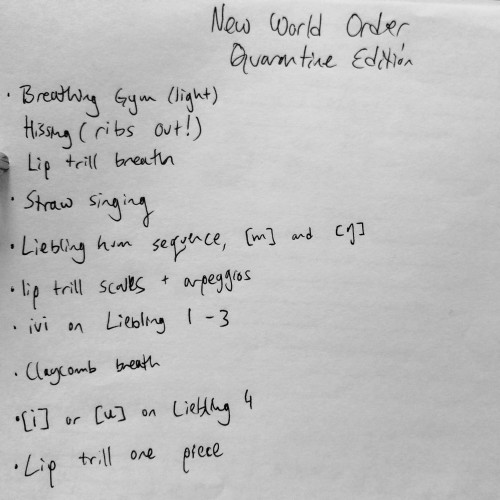 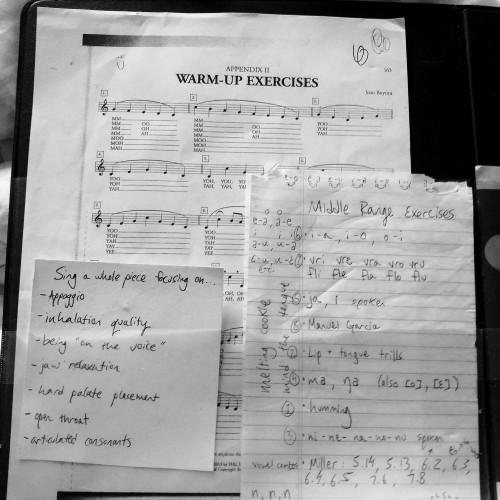 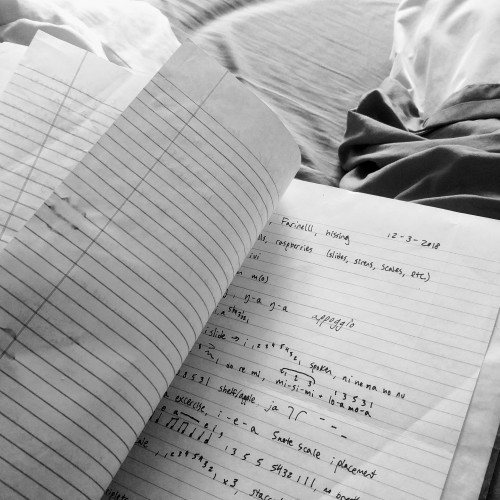 It continues!! Getting better and better 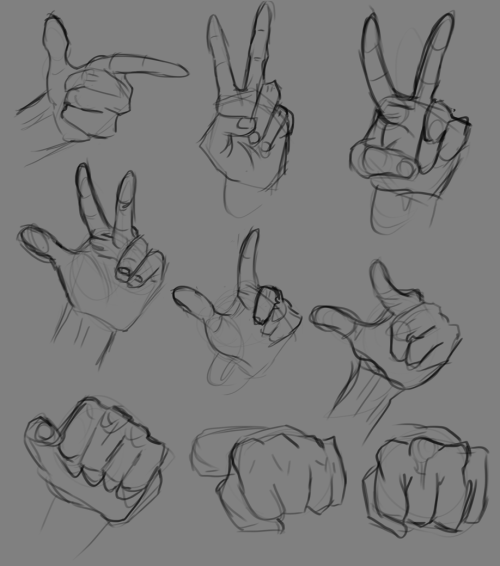 Just finished a big deadline so I can do more personal work! It’s April so I did a redraw of a simple head that I redo every few years to see how I’m progressing. 3-4 hours, no reference used.

Another quick one for me to relax too..

I was screwed over by my roommates a while ago and had to go back home and live with my parents to save but its hard to do it with a minimum wage job and school tuition fees and phone bills. Sketch Commissions are currently [CLOSED] due to pile up of projects so donations are only accepted for now until they are opened again! Any amount is helpful and thank you for the support! https://ko-fi.com/shana340 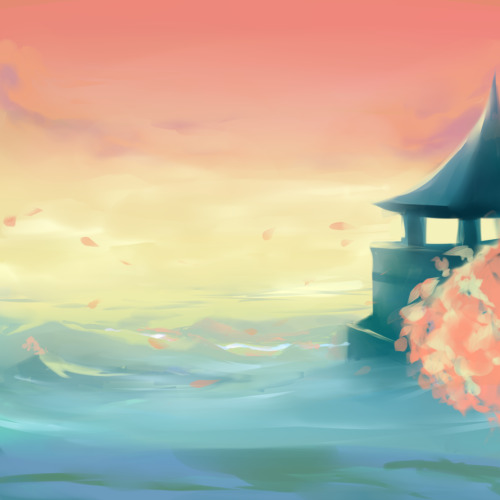 I’m not used to sketching and monochrom colouring on my iPad so I had stab at it.

Have baby Mercury and daddy Alvis. Plus Mahira and a young Adrian (the heart family is here)

needed some anatomy practice (?? idk why i suck at drawing bodies so much ;;) so i drew long haired arthur and john