Has anyone else noticed just how extra Lan Zhan is?

This isn’t even a headcanon. He barely talks, but his actions are extra as all hell

Here’s a picture I’ve got from pinterest since I’m looking for some Wangxian wallpapers. Seeing them having a domestic and peacul life calms my wangxian heart.

Wall of Discipline: Gossiping is fobidden

Lan Wangj: Ah. Clearly, this means I must never speak, ever

#maybe except to say MN once in a while!, #lan wangju, #mdzs, #the untamed, #mxtx, #cql, #hanguang jun, #lan zhan
7 notes · See All
worldwuxianText

Wwx: Aw thank you Lan Zhan! I’ve been craving for McDonald’s since yesterday

LWJ’s 13 years of grief // Barbara Macek, ‘Between Agony and Ecstasy: Investigations into the Meaning of Pain’ 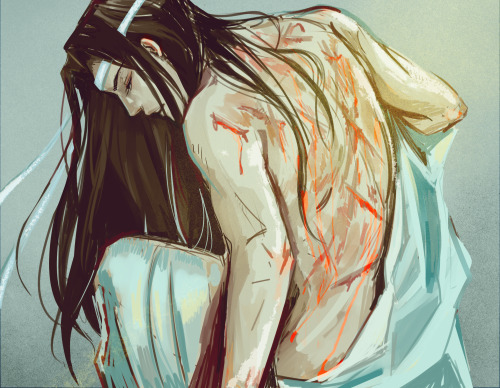 I appreciate the chibi donghua for creating this scene. For The Untamed/CQL’s fans and MDZS or TGDC’s, we all know that this is our favorite scene. This is so cute and adorable. And of course, not to mention that this is our first encounter with Lan Shizui as a child. In this scene, it was so light and a very cheerful atmosphere unlike what we’ve experienced in the past episodes. In this scene, we are all rested and finally healing our hearts.

Here’s the thing. Lan Wangji or Hanguang-Jun is roaming around the Yiling and hoping to see Wei Wuxian there. Coincidentally, Wei Wuxian is also roaming around there together with Wen Yuan. Wei Wuxian had an argument with the potato vendor to have some cheap potatoes. Meanwhile, Wen Yuan, as a kid, he freely roam around and saw Young master Lan (Lan Wangji), it is said that A-Yuan likes to hug people whom he likes. So he hugged Lan Wangji’s feet. He was frozen and stunned because it was an unfamiliar child. Because of his icy facial expression, A-yuan felt scared and cried. Meanwhile, the crowd had witnessed the scenario and however misunderstood everything.

“Poor child! He must be his father. They have the same nose!”

“How can the father be so cruel to his child?”

“He seems so young, this might be his first time as a father.”

“Where’s the mother of this child?”

Hearing this commotion, Wei Wuxian got distracted and found out that A-yuan was missing already. He panicked immediately. After witnessing a large crowd, he found out that A-yuan is hugging Lan Wangji. Wei Wuxian laughed after seeing the scenario. ’How could the young Lan Wangji be the father of such child? How would he react on this?’ Wei Wuxian thought. So he broke the commotion by saying, “I am the father,” in some translations, especially in the series, Wei Wuxian said, “I bore this child.” To tease Lan Wangji.

After that, the commotion suddenly vanished into thin air. Lan Wangji’s eyes is full of happiness after reuniting with the Yiling Partriarch or Wei Wuxian again. Wei Wuxian was shocked as well after seeing Lan Wangji and thought that nothing changed. “What are you doing here in Yiling, Lan Zhan?” Wei Wuxian asked. “Night Hunting.” Lan Zhan lied. Wei Wuxian asked Lan Wangji if they could have a dinner together before he proceed to night hunting since it’s been long since they have last met. Meanwhile, In order to comfort the crying A-Yuan, he tried showing some toys and A-Yuan’s eyes are changed in delight. Then, after showing the toys, Wei Wuxian dragged A-Yuan away, seeing this by Lan Wangji, he asked Wei Wuxian why did he not buy some toys to A-Yuan.

Wei Wuxian is poor, we all know that. So, that’s why Lan Wangji bought the toys to A-Yuan.

Since A-Yuan is someone special to Wei Wuxian whom he cares and loves for, he decided to look for A-Yuan after the death of Yiling Partriarch in the Burial Mounds. So, A-Yuan was been adopted by Lan Wangji since A-Yuan is the only one left whom he had memories with Wei Wuxian. In his secluded meditation, he barely see A-Yuan but he gave his best to raise this kid. It is also said that Lan Wangji used to put him in the fields of rabbits and feed him carrots like what does the rabbit do. (CUTE XD)

In the Yiling City, when Wei Wuxian and Lan Wangji had a dinner together, Lan Wangji also let A-Yuan sit on his lap and even taught him manners just like how fathers discipline their child. “No talking while eating,” he said. After saying these things, A-Yuan obediently followed what Lan Wangji had said. Wei Wuxian reacted after this.

In the present, A-Yuan or Wen Yuan became Lan Yuan and called as Lan Shizui, or Shizui. Shizui means yearning and it was a love story that Lan Wangji had for Wei Wuxian. He named A-yuan “Shizui” because he is longing for Wei Wuxian for the past 13 years. Shizui, despite of being an adopted and not blood related to Gusu Lan Sect, he was taught Inquiry by Lan Wangji. Inquiry is a method of calling or talking to spirits or souls by using their instrument Guqin. Lan Wangji thought that Shizui might be able to talk to Wei Wuxian’s soul that he’s been trying to call for many years but still gets no respond.

Despite of being a naughty kid in the past when he’s still with Wei Wuxian, he grew up a calm, dependable, and even responsible person. He’s good in sword fights and also was taught to use some tactful methods or spells that was taught or inherited by the Yiling Partriarch.

The Gusu Lan Sect juniors as well are taught by these methods. We also have some spotlight to Lan Jingyi, who’s often called by the fans as “Wei Wuxian if he was a Lan”. He is naughty and free spoken. This means that Lan Wangji raised his juniors and together with Shizui in a free way yet disciplined.

Overall, Lan Wangji is not only a sugar daddy but a perfect dad to everyone. XD

Wei Wuxian as a Parent

We all know that Wei Wuxian is a naughty guy but despite of that he has a pure soul and heart. Though Shizui said that he remembered he was taught some dirty tricks by Wei Wuxian, Wei Wuxian is actually sincere and good at parenting. He is indeed poor, but worry not, he has Lan Wangji on his side, our best sugar daddy. He is free to use his pocket money anytime he desires. In the novel, there are some scenarios that Wei Wuxian woild treat the juniors to a restaurant by Lan Wangji’s money and even taught them how to cultivate properly. In this act, he is indeed a good parent who cares for his child to grow properly and to grow independently.

anyway here are the results 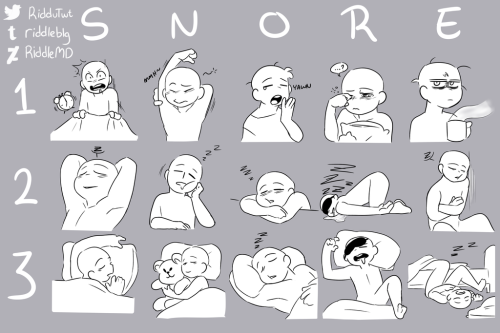