I love Hop but please someone give that poor boy some ritilin. 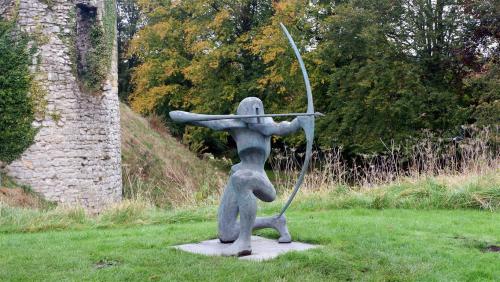 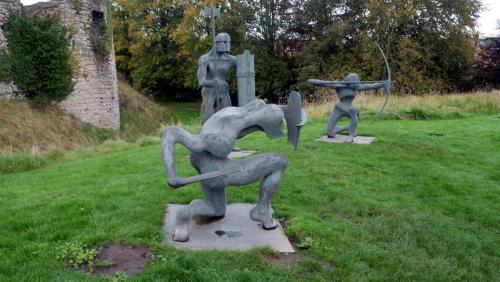 Anyone playing swsh and wanna shoot me their teams so I can draw them?? 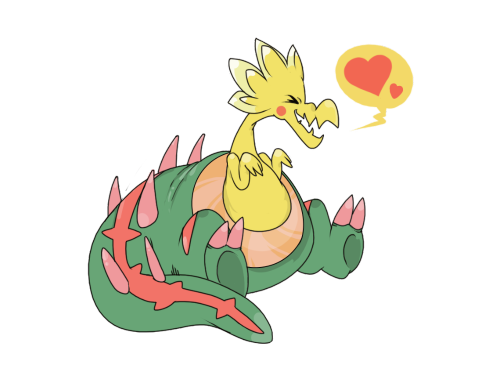 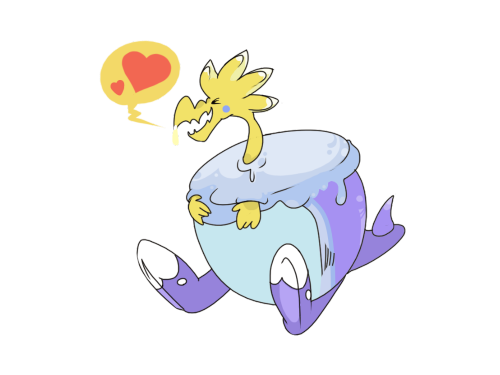 Heyo! So this request is for the wonderful @serchooke! He requested a good ol’ tickle fight between Victor(I still call him Shield, but for you my friend, I will call him Victor!), Bede, Allister, and Hop! Sorry if it’s not exactly perfect, but I had a blast making it and hope you like it!!!

In the small town of Wedgehurst, along the path leading to the slumbering Weald, a group of young friends gathered together for a boys night-all tucked away in the new champion’s old bedroom.

The room was filled with bouts of laughter and mild rage fits over a game of Uno, of empty bowls of popcorn and soda cans littering the room. Bean Bag chairs were dug up from Victor’s attic to play as extra seats, and sleeping bags laid out across the carpeted floor. At this point, the party was leaning towards its end, and the boys were now getting ready to head to bed.

Allister yawned as he reentered the room, now changed into his ghost pajamas. In his small hands, he held his mask as he quietly walked over to his sleeping bag. He was about to crawl into it when he felt a pair of hands dart down, wiggling into his sides. “Ah!” Allister let out  a squeaky scream and fell to his knees, laughing as Victor’s fingers carried on their mischievous task. “Muahahaha! You have fallen into the monstrous tickle pit! Prepare to die, Allister!” Victor roared and scooped up the tiny leader, throwing him onto his own bed and carrying on the assault. “AHAHAHAHAAHA! C-CRUHUHUHUHUHMBS!” Allister squeaked, laughing harder when Victor’s devious fingers dug into his armpits.

“What in the hell?” Bede muttered as he reentered the bedroom, slowly taking in the scene before him. Allister, seeing his friend, immediately shot an arm out for help, only to squeal and shoot his arms back down when Victor dug in again. “BEHEHEHEHEHEHEDE! HEAHHAHAALP MEHEHE!” The fairy gym leader tsked, pinching the bridge of his nose to hide his growing smile. “Ugh, you two are such children…” He walked over to the bed, purple eyes glowing with mischief as he grabbed Allister’s foot. “Sure Al, I’ll help you out.” With that, he sat on the edge of the bed and dug his fingers into the socked sole, sending Allister into a fit of squeaky giggles and snorts. “AHAHHAHAHA *snort* AH! NOHHOHOHOHOHOHOOH!” He cried, bucking about when Victor’s fingers relocated to his belly.

“I’ll save you Allister!” Hop, the last to enter the room, roared and flew across the area, rugby tackling Bede off of Allister onto the cushioned bed. Bede barely had time to get out an “oof” before Hop’s fingers dug viciously into his hips and ribs, sending the fairy trainer into a cackling fit. “HAHAHHAAP YOHOHHOHOHOHU JEHEHHEHEERK!” Bede swore at him, unintentionally censoring himself with Allister in the room. Hop laughed evilly and carried on the torture, reaching out and jabbing Victor in the side. The Champion let out a squeak and fell off of Allister, curling up on himself in a suit of giggles. Allister, taking his chance, hopped onto Victor with a vengeance, scribbling his nimble fingers over any potential tickle spot. VIctor let out a howl of laughter, struggling under the ghost leader. “AHAHAHHA! WAITWAITWAIT-AHHHA!” He cried out. Hop was giggling to himself at his friends laughter, so much so he forgot about Bede, who was now digging his hands into Hop’s sides. The Shepherd boy shrieked with laughter and fell back, knocking into Allister and unintentionally creating a massive mess of tickly hilarity.

The war went on for a bit, everyone reaching for a spot to tickle on someone else while trying and failing to protect their own tickle spots. Eventually Hop had fallen off the bed, dragging Victor with him. They all were now sprawled out among themselves, laughing at a combination of residue giggles and just sheer hilarity of the situation. Allister giggled to himself as he flopped against Bede’s side, feeling the exhaustion begin to take over. “Heh…Crumbs…that was a lot.” Bede snorted and ruffled the shorter boy’s hair. “Yeah…huh, Allister?” The ghost boy was already asleep, and Bede laughed softly before looking over at the others. Victor had somehow claimed Bede’s sleeping bag and was now out like a light. Hop was sprawled out beside him, snoring loudly. The fairy gym leader rolled his eyes good naturally before turning off the lights, closing his eyes and letting sleep take him.

#Pokemon, #Sword and Shield, #Sheild, #Bede, #Hop, #Allster, #Post Game, #Tickles, #Just the boys being their adorable selves!, #This was a blast to write!!!
28 notes · See All
pokenerdartText

This gen was full of gay rivalry

Something I drew because I caught yamper in the sword version of Pokemon sword and shield that released.

Sorry for such delayed posting, its been busy. So enjoy these galarian Ponyta. Can’t wait for the new games.
Garlarian ponyta Paladin, rogue and fighter. 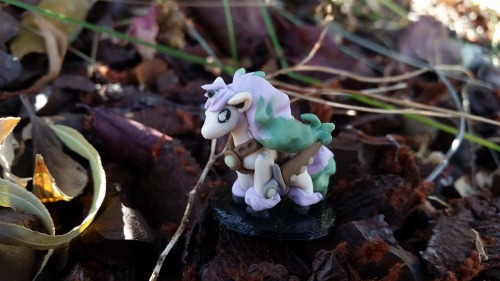 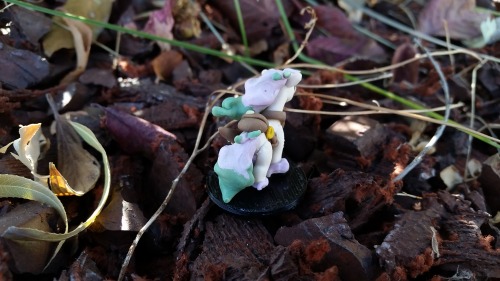 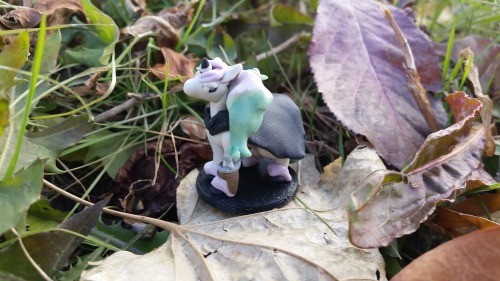 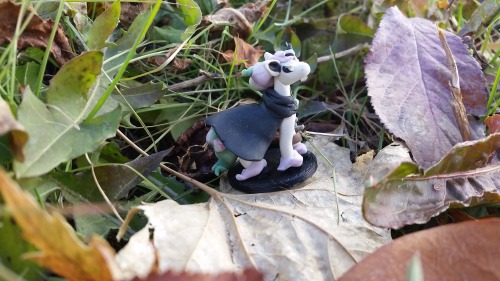 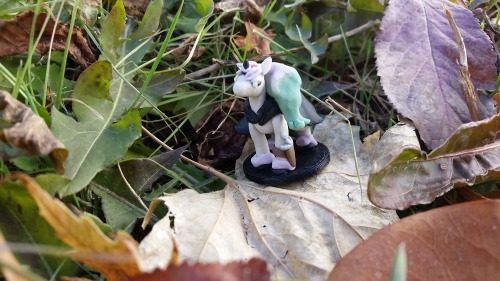 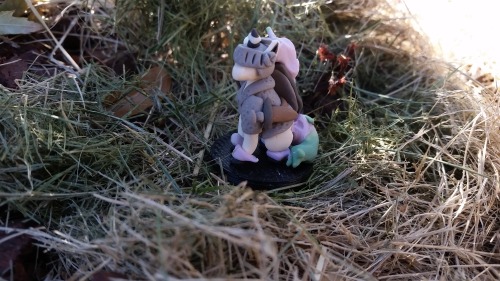 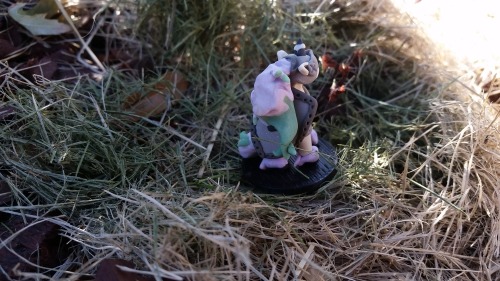 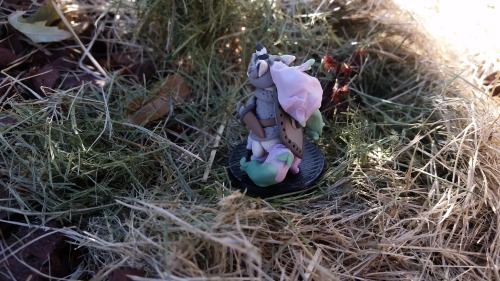 The crowd is gay…

#reblog if you're a sheild player, #pokemon sheild, #sheild, #pokemon, #ponyta, #galarian ponyta, #gen 8
12 notes · See All
purecanesugarLink
Story of the Day: so black, it's white - petroltogo - Multifandom [Archive of Our Own]https://archiveofourown.org/works/17398805

“The temptation to shoot you is real,” James informed the boy with a blank face.

when do we get our next sword/shield update?????

BUT JESUS CHRIST IF YOU CAN GET THEM