Neo, signing: I may act like an over enthusiastic puppy, but I am CONSTANTLY plotting world domination, and enslavement of all man kind

Neo growled at that, taking a step forward, letting the disguise fall away. Mercury and Oscar protested, but she tuned them out, stomping right up to that smug, smiling bastard. Listen here, she signed with as much intensity as she could muster. If you knew anything at all, you would know you’re pushing your luck here, kid.

The second chapter of ‘you’ll always sound precocious’ is up! 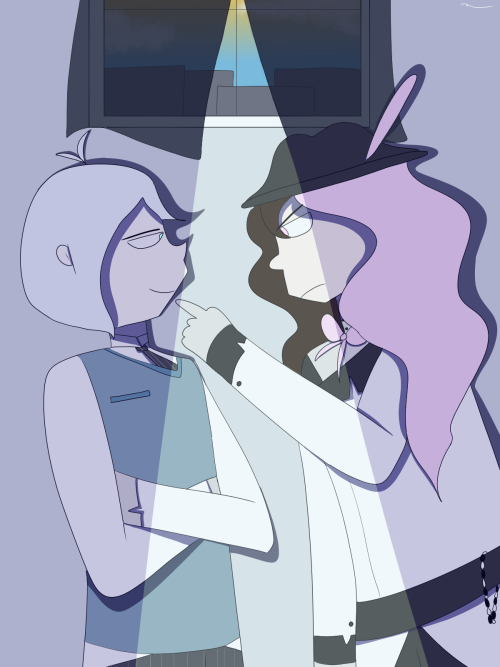 #i apologize, #mars has taken over my body for a moment, #rwby, #emerald sustrai, #someone save her, #and merc too, #someone save the evil kiddos
6 notes · See All
transjnprPhoto

some spumoni for your dashboards! 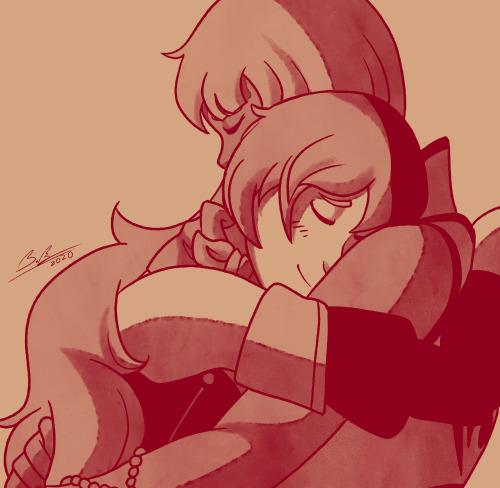 This is one of my random headcanons, but I think Emerald is really good at playing card games and doing card tricks. She probably picked these talents up, during her time living on the streets.

No one in Salem’s faction really cared about this talent of hers. Cinder would probably outright call it a total waste of Emerald’s skills.

However, imagine if she went through a redemption arc and joined up with RWBY & the others. Maybe her playing card games with some of the others/showing off her card tricks is a way that helps her bond with them and gets her to open up more.

(maybe I’ll add more onto this, who knows) 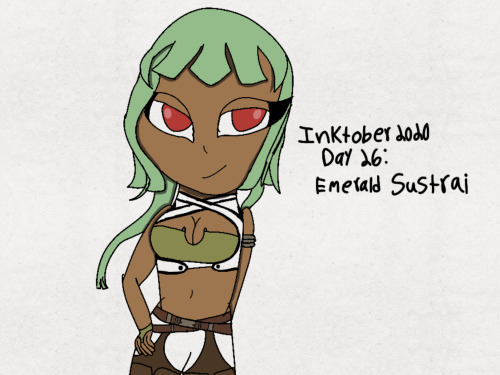 Witch of the South

(Anon, I gotta say, this is pretty cute. Like INSANELY cute. Cannot stress how cute I think this is.)

Thanks for the suggestion! Remember ask box is OPEN for Ship Summaries, Ship Trials, Headcannon Requests and Headcannon Chibis!

1) Penny Polendina is the T-800 (so we get evil!Penny for the first movie and normal Penny in the second)

2) Summer Rose is Sarah Connor (for Ruby to be John)

3) Qrow Branwen is Kyle Reese (going for the fan theory that Qrow is Ruby’s biological father. Don’t care if it’s not true, I like it)

5) Kali and Ghira Belladonna are Sarah’s friends, Matt and Ginger (since this movie is focused on the adult characters, I wanted to use another parent duo for Sarah’s friends)

7) Ruby Rose is John Connor (main character of the series)

10) Mercury Black and Emerald Sustrai are John’s foster parents who get axed off by the T-1000 (they’re assholes, so I chose asshole characters for the part)

Emerald: … who hurt you?

Mercury: My father, did you not just hear me?

Emerald: I never know what to say to people at funerals

Ruby: Just say “I’m sorry for your loss” then move on

Emerald: I’m sorry for your loss, move on

Emerald: Who called it alcoholism instead of the bourbonic plague?

you just know Emerald and Mercury can’t fucking stay out of trouble for 30 seconds and this means shenanigans at the duck pond like Emerald being chased by homicidal swans so Mercury unwraps and hurls her burger at the birds to lure them away. Makes her pay for the replacement too as payback for abusing his generosity, he had given her enough money for two vanilla cones with chocolate flakes… she came back with an ice cream sundae and one spoon so there was no way to share.

Emerald: Did I ever tell you that you’re like the sister I never had?

Cinder: The normal kind or the anime kind?

Emerald: *pouring a glass of wine*

I’d like to hope so anon-chan. Emerald is among the few characters on the side of evil that I wish to see redeemed in some shape or form.

Emerald: If you pronounce it punkin, just go ahead and punch yourself in the face.

Emerald: Maybe you should consider punching yourself in the face as an option. 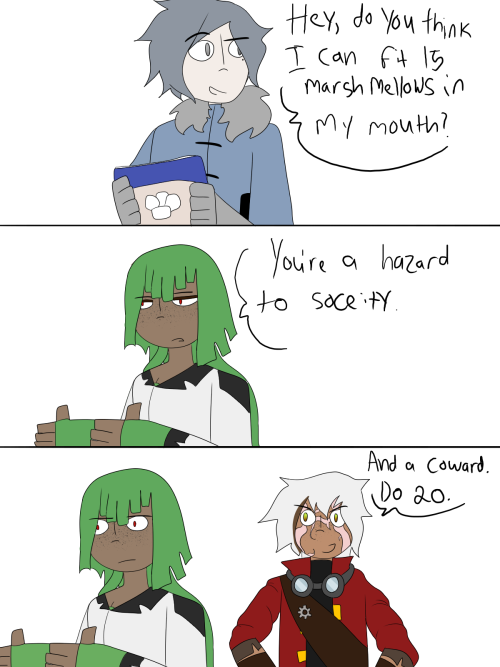