Wei Wuxian: Fuck me if I’m wrong but—

“Suddenly, he felt that the world had no place for him, despite how large it was.” 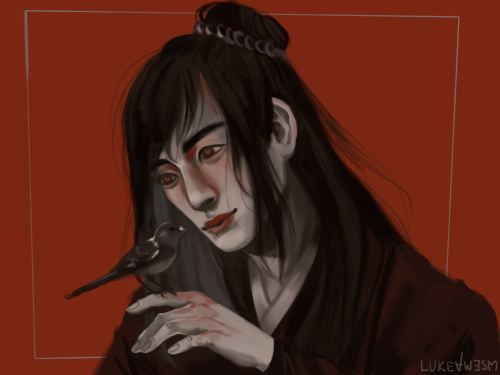 rascals of the Cultivation world

#listen jingyi IS a rascal, #he's just a lan one, #the most unlan to ever lan, #lan jingyi, #ljy, #i rest my case, #cql, #cheng qing ling, #the untamed, #mo dao zu shi, #mdzs, #grandmaster of demonic arts, #grandmaster of demonic cultivation, #founder of demonic cultivation, #founder of diabolism, #anyone else find it funny that xue yang is a mass murderer and the worst name he gets is 'rascal', #xue yang, #xue chengmei, #wei wuxian, #mdzs wwx, #cql wwx, #i tried to draw cql i really did, #i can only hear the name xue yang in ren ruohans voice, #my art
38 notes · See All
thatonepersonwithafaceText

has this been done yet

Nie Huiasang: What if ducks threw bread back at you?

Wei Wuxian: You would have to duck.

Jiang Cheng: I hate you both. 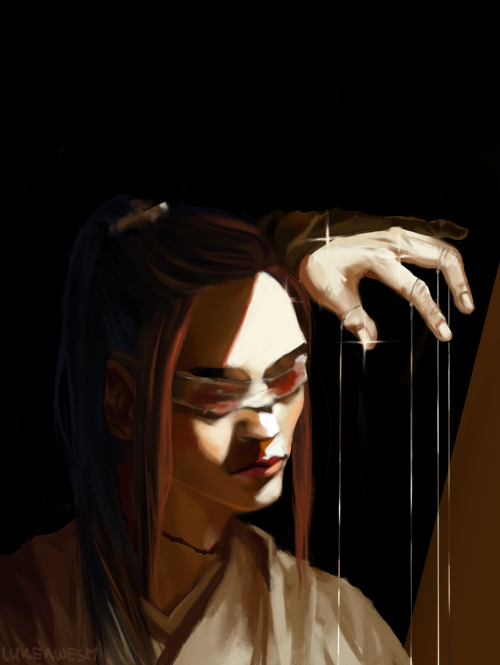 I can honestly say that I like CQL!wen qing better than novel!wen qing. It’s not that I don’t love both, but CQL gave wen qing a moral greyness and a personality boost that just didn’t happen in the novel.

The novel portrays wen qing a lot like it portrays all the other main women in the novel tbh. Either they are “good” (aka a supporter of wwx) or “bad” (aka hates wwx). And wen qing was good. She helped him without cause, even going so far as to perform a surgery that honestly must have made her uncomfortable. She was presented as a woman of high morals and a blunt tongue, and yet never had a single criticism of wwx throughout it all (which ofc could be attributed to how much she owed him, but that also wasn’t the nature of their relationship). And she was, in a word, pure. She somehow kept her hands completely clean of the war. She never killed. She never did anything questionable. She never was called upon further to do dirty work for WRH. An extremely talented doctor and an amazing cultivator that somehow escaped the gaze of wen ruohan AND the trials that everyone else in her position suffered? Yeah. Ok.

CQL!wen qing ripped that out from underneath her. Was she a bad person now? No. But she did bad things. And yes, it was to save her brother, but there’s no getting around the fact that she did them. Whatever her reasons, whatever her story, she was no longer the one “pure” light in the wen family–she became one of them, albeit with a heavy heart. An active, complicit participant. And I love it. No longer was she just some innocent, pitiful maiden trapped in a bad spot who somehow managed to escape needing to do anything questionable while managing to rise in ranks. No, this time she made choices. This wen qing gave me the impression that she was well aware of what she was doing and who it was for. She was dirtying her hands to save her brother. She had placed his life above the lives of others, and she had long since decided it would be worth it. She was allowed to be self-serving in the face of disaster and allowed to be scared in the face of potential danger. She was allowed to be somehow simultaneously extremely sorry for the events she helped set into motion and yet completely unapologetic about her choices and her reasons behind making them. She helped the jiangs in part because it was the right thing but also in part because she knew these people, had gone to class with them, and even owed one of them a debt. This wen qing was someone who was capable of growth and change. AND it made sense for this version of her to feel the guilt they gave her across the board. Unlike her novel counterpart, she had done things to feel guilty for. Her actions and her character towards the end of her life now made a lot more sense. And she had dimensions! She had blood on her hands! She had her own cross to bear now, problems that she had a hand in creating, and issues independent to wwx’s storyline. And on top of that, it never detracted from the impact of her storyline. Her message still came across just fine

Like I said, I still love novel wen qing and part of it definitely boils down to personal preferences. For a while it was the opposite and I missed novel!wen qing’s more blunt nature. But I just…. cql did her so much better by giving her own plotline imo. To me, it always seemed like her and nmj’s novel versions often matched up both in character traits and in how they often got shunted to the side in the sense that there were parts of them that simply did not line up with what we previously knew about them and how their personalities seemed to be completely dependent on how it fit in with someone else’s story. I felt CQL gave them more depth and distinction in that respect (wen qing way more than nie mingjue until the movie came out)

wwx is the main character from lwj’s novel 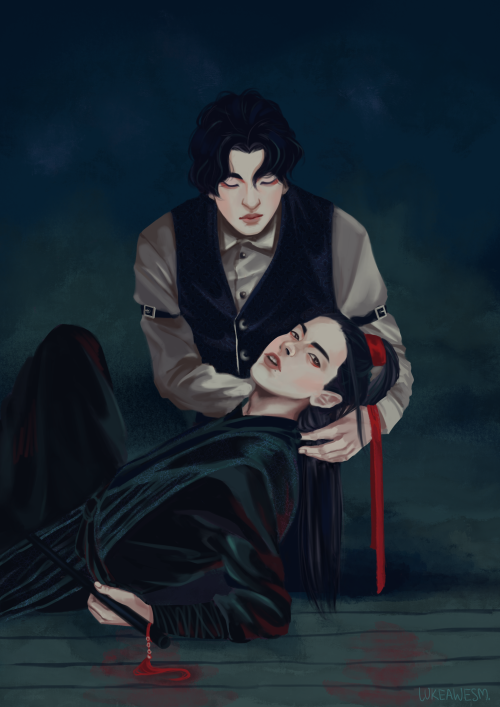 Wei Wuxian: My boyfriend’s too tall to kiss on the lips, any suggestions?

Jiang Cheng: Punch him in the gut, when he keels over, kiss him.

Jin Guangyao, looking at Nie Mingjues’ decapitated body : …So no head or -

Jiang Chen: What are you doing?