“…as they serve a ‘fortunate’ man, they cannot be unlucky.”

- To The Holy Land and Back Again: the Art of Crusades, Art & Visual Culture.

Now can we please have TV series on:

Please could someone make this happen? Give the people the Byzantine history they deserve.

Fresh meme since Bernie is bust. 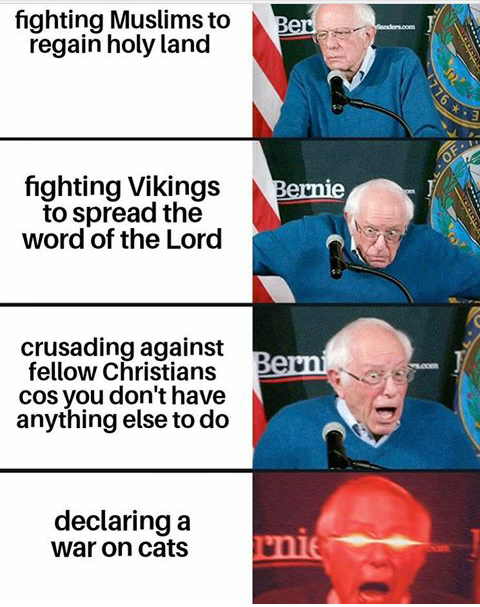 A little tidbit, “Defend Europe” and “Western Civilization” are Alt-Right rallying cries, and should never be associated with Crusaders, especially since both were developed by fascists, who if the Teutonic Order being an enemy of the Nazi German state is any indication, they are not aligned in the slightest. Western Civilization in particular was fabricated by Imperial British, the most evil empire in recorded human history, to justify their colonization, theft, rape, and genocide of non British. So, if you want to partake of Crusader content avoid this BS and stay safe.

The beginning of the pestilence

Two years after the capture of Antioch by the Persians, a pestilence broke out, in some respects similar to that described by Thucydides, in others widely different. It took its rise from Aethiopia, as is now reported, and made a circuit of the whole world in succession, leaving, as I suppose, no part of the human race unvisited by the disease.

Housed at the Art Institute of Chicago 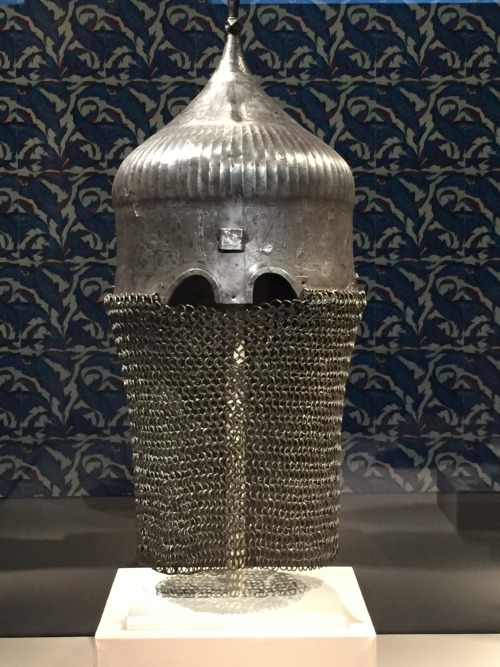 The Foundation Stone is the rock the Second Jewish Temple was built, and later the Dome of the Rock.

It bears great significance in the Abrahamic religions as the place where God created the world and the first human, Adam. It is also believed to be the site where Abraham attempted to sacrifice his son, and as the place where God’s divine presence is manifested more than in any other place, towards which Jews turn during prayer. The site’s great significance for Muslims derives from traditions connecting it to the creation of the world and the belief that Muhammad’s Night Journey to heaven started from the rock at the center of the structure.

Does anyone know any good books/articles on the relationship between Christians and Muslims during the Crusades?

King Arthur as one of the Nine Worthies, detail from the “Christian Heroes Tapestry” in The Cloisters, New York. Dated c. 1385.

Arthur among the Nine Worthies is always identified by three crowns, which signify regality, on his standard, his shield, or his robe.

Credit to @stupiddoglookingbad for making the memes!

#deus vult, #crusaders against nazis, #crusade, #crusades, #crusader, #crusaders, #knight, #knights, #knights templar, #knights hospitaller, #teutonic knights, #purge the nazis, #do the right thing, #punch a fascist, #fight the good fight, #time for a fucking crusade, #justice, #cross, #never again, #the only good nazi is a dead one, #and this is why we suffer not the neo nazi to live
2K notes · See All
wholesomecrusadingText

Map of Paris during the 12th century, at the times of the crusades

Another one of these rousing French Crusader songs. This was written by King Theobald I, a troubador, who argues that all valiant French men should go and fight in the Crusades.

Skanderbeg battling Ibrahim Pasha in the Battle of Polog, 1453 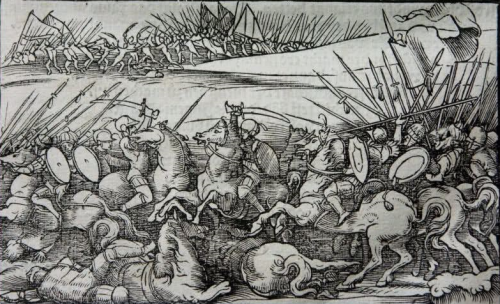