The best part of Bridgerton, is the working/lower middle class character’s constant confusion over what exactly rich people deem a ‘problem.’ 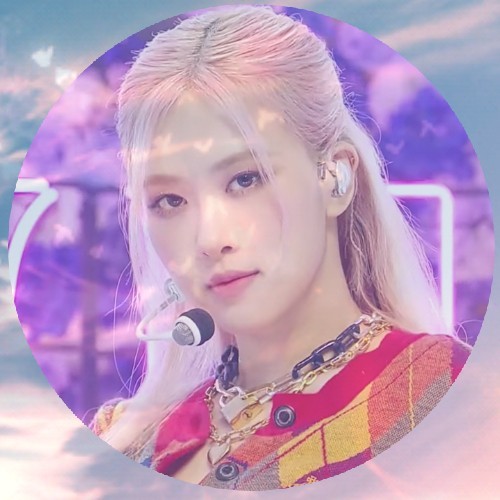 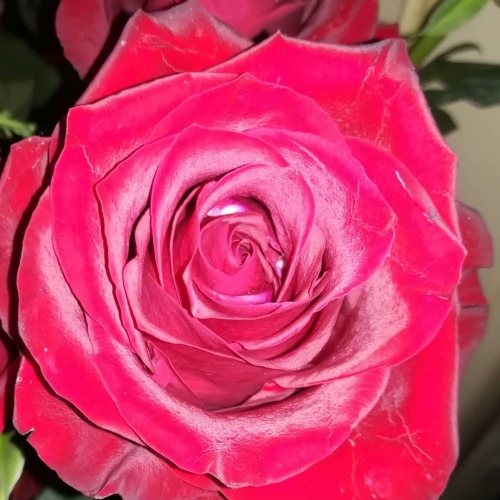 here’s a mustache girl stimboard for anon!! :D ive been so sleepy lately so thats why posts r slower but i should be more active during the weekend!! 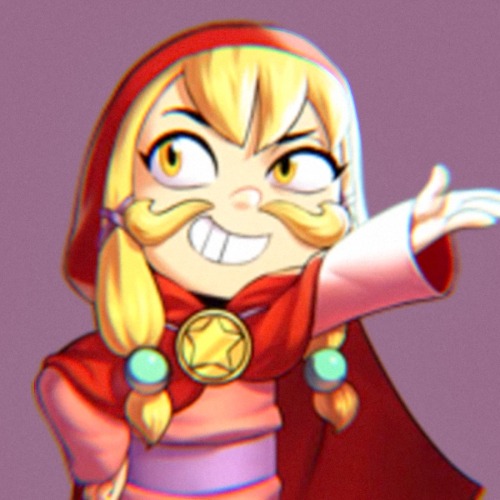 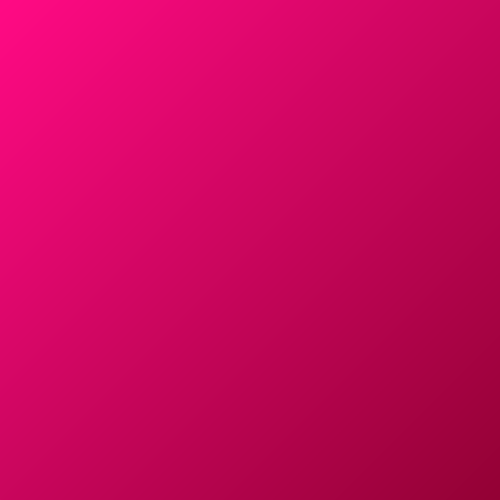 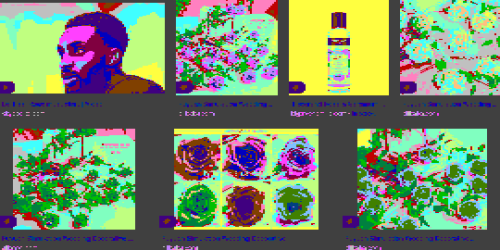 Given that we here at WWR are, well, guys, we tend to write about and review watches that are meant for guys. But today, we’ve got a review that’s specifically for the ladies. Which isn’t to say a woman couldn’t wear a “mens” watch – many do, and do so quite well. However, if you want a watch designed for a woman’s wrist, that’s where the Bia Rosie comes in. 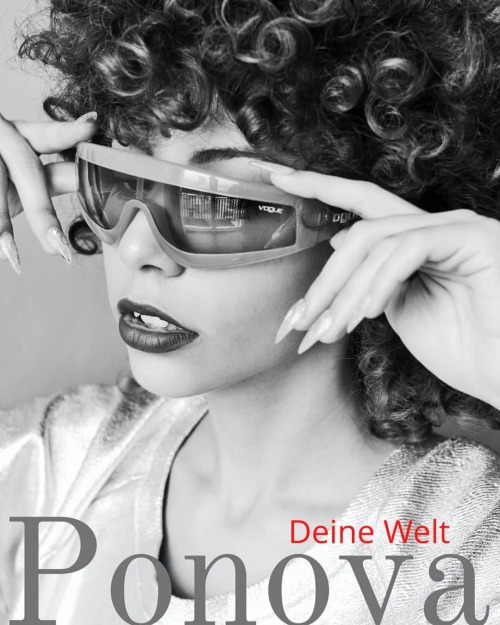 The three of us pile into the car, the boys call shotgun and I’m forced to take the backseat.

“Alaric sure likes his weapons.” Damon comments to the little bottle I have in my hands that I’m currently spinning around.

“I don’t know, it’s a vervain bomb or a grenade launcher or something like that.”

“Ric said it’s a vervain grenade, pull the pin and bomb” I say as I give it a once over.

Stefan shifts in his seat, “Hey, how much further is it?” Stefan asks.

“Who do you think took her?”
Damon sighs. “Someone from Katherine’s past. She said she was running from someone. They got the wrong girl.”

I raise an eyebrow. I honestly doubt that.

“Thank you for helping me.” Stefan tells his brother. “Can we not do the whole road trip bonding thing? The cliche of it all makes me itch.” Damon grumbles.

Stefan chuckles. “Oh, come on Damon. We both know that you being in this car has absolutely nothing to do with me anyway.”

Damon makes a face in response to that. “The elephant in the room lets out a mighty roar.”
“Well, it doesn’t have to be an elephant. Let’s talk about it.”

“There’s nothing to talk about”

“That’s not true, sure there is. Let’s just get it out, I mean, are you in this car because you want to help your little brother save a girl that he loves, or is it- is it because you love her too?”

I mumble some incoherence. I don’t know what they talked about when they were stuck with Katherine, all I know is that it hurt like a bitch. I plug my headphones in a run a finger over my bandage, lost in thought. I can’t lose her, not now.

“We’re getting close. Jeremy said there’s an access road just past mile marker 6.” I say as I read Jermey’s message.

Damon stretches hand back to me and wags a finger. I groan in disgust as I pick up a blood bag from the back seat and hand it to him. He starts drinking and casually looks over at Stefan.

“If you want some, just ask.” He teases. “I want some.” Stefan says making my eyes widen.
“Ah, that’s so sweet” Damon mocks him. “You’re gonna be all big and strong and save your girl but don’t worry, I’ve got your back. It’ll be fine.”

Stefan rolls his eyes. “I’m not joking. I’ve been drinking a little every day. I’m slowly increasing my intake and building up my strength.”

Despite the fact I think this is gonna turn bad, Damon gives him the blood bag and Stefan drinks.

“Does Elena know you’re drinking blood?” I ask.
Stefan looks back at me “I’ve been drinking hers.” I bite the insides of my cheek to keep my mouth from hanging open.

“Hmm, how romantic” Damon half jokes.
“Since we’re road trip bonding, remember the days when all you lived for was blood? You were the guy who ripped someone apart just for the fun of it.” I hold back a gasp, she’s been letting him do What!?

“You mean when I was more like you?” Stefan questions.

“Yes, Stefan, exactly. Back when you put blood into me so I could be a big bad vampire. I wonder if Elena would be so quick to open her veins to that guy. By the way, what happened to that guy? He was a hoot.”

It takes everything in me to keep from exploding at the information.

Thanks to Katherine, Tyler triggered his curse. Matt doesn’t remember much, which is apart of Katherines compulsion. Yes, Caroline thinks that Katherine compelled both Sarah and Matt. So, she basically messed with both Donovan siblings.

I had to wake up early to meet Alaric in the woods, training.

“Why do we have to train out here?” I asked as I walked through the woods with Alaric next to me.

“Well we need the privacy” Alaric explains as he sets down a mannequin.

I sighed as I took of my sweater and slipped on boxing gloves.

“He’s a bit bruised, but thinks he blacked out” I explained as Alaric posed my hands.

“Caroline thinks Katherine compelled him and Sarah to make Tyler kill one of them and trigger his curse” I said as I punched the mannequin, reapeating the moves as Alaric spoke back.

“Hows your back?” He asked as he kept the mannequin still so it would sustain my blowing punches.

I trained with Ric till it was time for school and by then I was sore.

We trained with combat sticks, (like he does in legacies with hope and the twins),
crossbows, and compound bows, because it turns out I’m better with them.

I improved my aim with both the compound bow and crossbows, he even let me take some stakes, vervain and etc of weapons home.

“Woah!” I exclaim when I see Tyler has his lockers lock in hand, “I think you’ve had way to much protein shakes” I say, joking lightly as I lean against the row of lockers.

Tyler sighs and opens the locker with his hands, throwing the lock inside.

“You okay?” I ask concerned.

“Not really” he grumbles as he takes some stuff out.

“Ty, you know I’m here for you. Caroline told me what really happened” I explain, when he hears that, he turns around and starts walking away.

“Tyler!” I call out, running after him. “Tyler!” I yell louder, grabbing his arm and pulling him back.

“Don’t do that. Don’t walk off, when someone’s trying to help you!” I exclaim.

“You can’t help me, not with this” He grumbles, he looks around the hallway and then to me. “I got to go”

“Tyler!” I yell after him, as he walks down the hall with hands in his pockets.
I mutter a curse, god I wish I could tell him that I know about his curse.

I’m about to go after him when Stefan grabs my arm from behind me.

“Ariel, did Elena sleep over at your place?” He questioned, seeming worried.

I frown at the question and shake my head, “No, why?”

He sighs, “I was afraid you would say that”

“This has Katherine written all over it.” Stefan states the obvious while I bite my nails in worry. The three of us, Damon, Stefan and I, were outside on the school grounds talking about Elenas disappearance.

Elena apparently never went home last night and she wasn’t with Stefan, which means someone has here. “Katherine’s in the tomb. Trust me; I’m the one who shut her in.” Damon says in assurance

“Did you?” Stefan questions, skeptically.

“Well, I know the hold that Katherine has on you.”

“She’s in the tomb, period. End of story but she did say something to me right before I shut her in. I thought she was lying.” Damon mutters.

“What?” Stefan and I snap. “And you didn’t think you should ask her to elaborate?” I yell in disbelief.

“Everything she says is a lie. How am I supposed to know if she’s gonna start spouting out the truth?” Damon says defending himself.

“We have to go talk to her.” Stefan suggests.

“No, no” Damon says stopping him.

“Let me tell you how that’s gonna go: We’re gonna go ask her for help, she’s gonna negotiate her release which we’re gonna be dumb enough to give her and she’s gonna get out and kill us! This is exactly what she wants!”

Stefan and I round up Bonnie in the hallway to talk about Stefans plan to talk to Katherine, which I was against.

“I can’t undo the tomb spell, Stefan. Even if I wanted to. It took both me and my Grams to undo it the first time.” She argues.

“Yeah but Damon’s right. She’s not gonna tell you anything, not without something in return.” I say, arguing back.

There was no way I was letting him in there, neither of them.

“What if there was another way to find her?” Bonnie suggests.

Jeremy, Bonnie and I are in Alaric’s classroom. There is a map and two candles on the table for what Bonnie calls a locator spell.

“How does this is work?” I ask as inspect the map.

“I’ll use your blood to draw energy for the tracking spell. You’re blood related; it’ll make the connection stronger.” She explains.

“Alright, Alaric said we’ve got to clear out of here within ten minutes. I’ve got weapons, he stocked me up.” Stefan explains as he enters, holding a duffel bag he places on the table.

Bonnie looks up at me. “Are you ready?” I nod and stretch my hand out as Jeremy and Stefan watch, She cuts my hand and my blood falls on the map.

I look over at Stefan with some concern, but he looks away as he tries not to react to the blood.

Bonnie concentrates herself to cast the spell. I squeeze my hand tight and more blood drops and merge into one and goes toward Elena’s location on the map.

“There. She’s there.” Bonnie says, motioning to the map. “That’s 300 miles away.” Jeremy breaths out.

“No, Bonnie. We need a more exact location than that.” Stefan argues.
“That’s as close as I can get.” She admits.

“We can map it, aerial view will show us what’s around there, help us narrow down the area” Jeremy offers as I wrap a white bandage around my hand.

“Perfect. Call me with whatever you find.” Stefan and I start making out way to the door but Jeremy stops us.
“No, no, I’m coming with you!” Jeremy says as he grabs my arm to stop me.

“No Jeremy, you’re not.” I argue forcefully. “No, I’m gonna just sit here. What if she’s hurt okay?” Jeremy expresses in worry.

“Or worse? What if she’s…?” I grab him and make him look at me, “She’s not. You two go back to your house just in case. I’ll call you the minute I find her.” I promise and let him go.

“You’re coming with us?” Stefan questions, Turing around to face him. 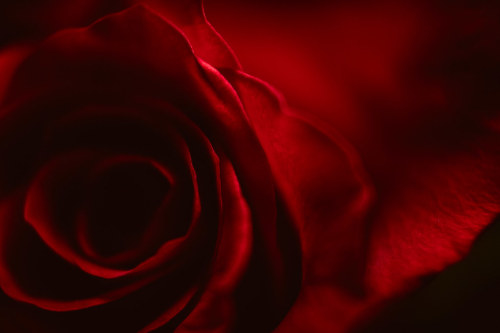