Raphael: You’re supposed to bang your fist against mine.

Gerald: I love it when you two impersonate normal people.

Otacon: You got shot, Snake, you’re not fine.

Snake: I’ve been shot before. So have you, right?

Otacon: It’s not like you build up an immunity to gunshot wounds.

Light: You’re supposed to bang your fist against mine.

Rem: I love it when you two impersonate humans.

Reader: I’ve been shot before. So have you, right?

Arthur: It’s not like you build up an immunity to gunshot wounds.

Doug: It is highly improbable, approaching the impossible.

Uma: Sometimes when you speak it’s like you watch PBS on purpose.

Baljeet: It is highly improbable, approaching the impossible.

Buford: Sometimes when you speak it’s like you watch PBS on purpose.

#pnf, #phineas and ferb, #buford van stomm, #baljeet tjinder, #source: bones
76 notes · See All
incorrectspquotesChat
Skulduggery: [Helping Valkyrie complete an application to carry a gun while working for the Sanctuary]. Name?
Valkyrie: You know my name.
Skulduggery: Valkyrie, you are making an official request to the Irish Sanctuary to be allowed to carry a concealed weapon. I have to follow protocol.
Valkyrie: It’s ridiculous.
Skulduggery: Fine. Then we’re done here. Would you like to get some coffee?
Valkyrie: My name is Valkyrie Cain.
Skulduggery: Reason for wanting a gun.
Valkyrie: To shoot people.
Skulduggery: Not a good response.
Valkyrie: It’s the truth.
Skulduggery: You know what? I’m writing, self-defence in the performance of my duties pursuing suspected felons as contracted out to the Irish Sanctuary.
Valkyrie: So I can shoot them.
#skulduggery pleasant, #valkyrie cain, #skulduggery, #source: bones
174 notes · See All
incorrect-fandomChat
Amy: It’s stupid!
Knuckles: Hey, nothing we’ve done so far has been un-stupid and we’re still alive, aren’t we?
Amy: I can’t really argue with that, but I feel like I should.
#incorrect quotes, #sonic the hedgehog, #amy rose, #knuckles the echidna, #source: bones, #mod tardis
29 notes · See All
incorrectgallifreyquotesChat
Leela: Do not worry, I am fine.
Romana: You got stabbed, Leela! You’re not “fine”!
Leela: I have been stabbed before!
Romana: It’s not like you build up an immunity to stab wounds!
#source: bones, #doctor who, #gallifrey, #big finish gallifrey, #leela, #romana II
30 notes · See All
incorrect-ah-my-goddessText

Peorth: You got stabbed, Lind! You’re not “fine”!

Lind: I’ve been stabbed before.

Peorth: You can’t build up an immunity to stab wounds!

“Tim: Mocking will not change my opinion. I’ve been mocked many, many times before. That came out wrong.“ 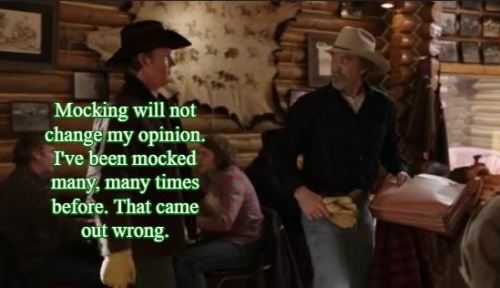