Dabi and Kurogiri are both great at cooking, not that either reason for that skill makes me sad or anything. Himiko, Jin, Keni, and Sako are decent cooks. But Tomura and Shuichi are both gamers, and we all know how that goes. They can make instant ramen.

The whole league is under the trans umbrella send tweet

Shigaraki after i steal his underwear for the 8th time in one day.

‪girl the hero comission is just a corrupt power, so yes they are inherently evil, but shigaraki leads a whole ass terrorist organization & is trying to kill everyone, including innocent children, has ordered the kidnapping and slaughter of children before too, just because those missions failed doesn’t mean he didn’t want it done.

‪stop excusing evil actions just because you stan a villain, stop trying to baby him‬, if you’re going to stan a villain then stan them for the characters they are, don’t try and justify their actions or act like they’re innocent babies. i’ve never seen a shie hassaikai stans pull this mental gymnastics shit to try and justify stanning overhaul or any other memeber, so why do shigaraki and the rest of the lov/plf (not so much the plf stans to be honest) stans do it? believe me it’s okay to love villainous characters without trying to victimize them and ignoring their fucked up actions.

did shigaraki suffer when he was a child? yeah! but all his actions as an adult are his own, all for one isn’t there anymore so you can’t shift the blame anymore, it’s time to realize who your fave is instead of trying to absolve him or any and all guilt. do you stan him as a character or do you stan the idea of him you made up in your head? is he an interesting character to you or are your headcanons of who he is what makes you like him? everyone in the forefront of bnha is guilty in some way, no one is innocent, but we can’t ignore the fact that some parties ar emote guilty than others, punishing innocent people who have nothing to do with him because when he was a kid no one saved him / spoke up for him isn’t an “uwu baby boy” action, it’s straight up evil and it’s okay to admit that instead of shifting blame to others.

the hero comission using children to fight a war is fucked up yes, but who started that war over a temper tantrum? also the kids knew the consequences of wanting to become heroes, it’s a fucke dup reality for them but they’re ere gong to have to face threats like this sooner or later. in conclusion, if you stan a villainous character then stan them for who they are instead of trying to act like they’re innocent and justifying their fucke dup actions, love your evil faves for the characters they are and acknowledge their flaws, that’s completely okay! you don’t have to baby villains, they’re villains for a reason

Kurogiri: My boy, I’m about to give you some good advice… Then I’m going to say something so embarrassing it will have you running from the room cringing.

I wholeheartedly beleive that if Shigaraki wants to prove himself as the main antagonist he will have to kill AFO himself or be a direct cause to his death. Cause as long as that fucker is living Shigaraki is just a side peice. Like yeah u scary but im more scared of the dude who gave u ur powers.

Twice: Is there a hall of fame for what we do?

Shigaraki: Actually, I’m in charge, in case any of you have forgotten.

Dabi: No, I remember. I just don’t care.

Dabi: Am I going too far?

You: No, no, no. You went too far seven hours ago. Now you’re going to prison.

You: Have your parents ever destroyed something that was yours?

A Villain’s Guide to Babysitting

Summary: It starts with Kurogiri shopping for groceries and ends with him being the new babysitter for Midoriya Izuku.
Unfortunately, taking care of a four-year old is only the beginning of his problems.
(Or the story where Izuku obliviously makes friends with bad people, misadventures occur, and somehow everything works out fine.)

Hawks gives his smaller feathers as gifts to those he cares about so he always knows where they are.

So my friend @bernder and I were talking about possible t-shirt ideas that Minori would come up with and this is the design I drew! She’d definitely be into the candy gore aesthetic-

i fink you freeky and i like you a lot 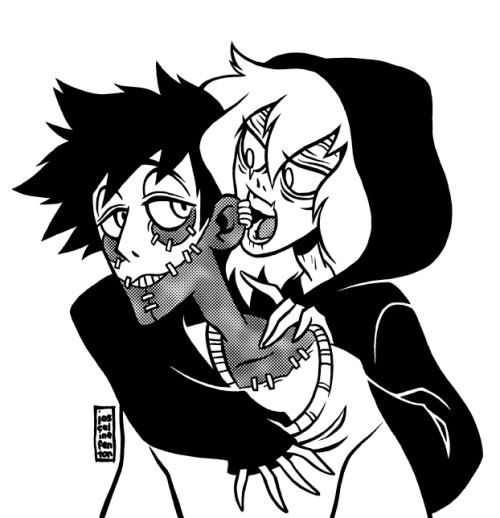 Twice is a little. Magne and Compress are his caregivers.

Tiny league! Spin Spin is there!

Also wHERE THE FUCK IS GIRAN PLEASE I WANNA SEE HIM

#why is SKEPTIC AND NOT GIRAN THERE, #HORIKOSHI WHERE IS HE, #WHERE IS THE BASTARD, #league of villains, #mr compress, #spinner, #himiko toga, #dabi, #skeptic, #mha 277, #bnha 277, #mha manga spoilers, #bnha manga spoilers, #mha, #bnha
109 notes · See All
incorrectheroquotesText

Dabi: [Tripping on a root at training camp] Fuck the forest, I belong in a bar. Or a brothel