My mom : /tunes out as soon as I start talking, dismisses my feelings, refuses to even try to read up on my mental health diagnosis, volunteers for more hours at work when we had plans/

Me : /making myself sick and crying all night because I randomly remembered that my mom was gonna die someday, worrying that she had an accident if she’s only two minutes late/

So, was reminded that my mom loves her job and only kinda cares about her kid.

I mean, that fact is shoved in my face every other day so you’d think it wouldn’t hurt that much anymore.

Kaku dealing with narcolepsy in the devildom. Lucifer… fails to understand.

I’d kind of like to explore writing a little about what it’s like to have narcolepsy/hypersomnia through a character in the devildom, and how they get along with Belphie since he’s the avatar of sloth. I don’t know anyone else who has a hypersomnia sleeping disorder or narcolepsy other than myself, and it would be nice to throw out a little representation.

Some things I’d like to throw out there for people to know up top about it:

-sleep attacks are real!! Personally I’m totally fine with them used as comic relief because it’s not offensive to me, but the reality is that sometimes they are super frustrating, disheartening, or even scary.

-some people have cataplexy, others do not. Both are valid! Cataplexy is basically ragdolling - falling down, legs giving out, eyelids drooping, shaking and sudden weakness. It super sucks and makes it even harder to get out of bed because your body might just give out out of nowhere.

-heightened states of arousal (excitement, anger, anxiety) can trigger cataplexy and/sleep attacks!! I personally get sleep attacks when I get too anxious or simply have a good conversation with a friend. It feels really rude, but it is ultimately uncontrollable. Cataplexy happens to me if I am suddenly hit with an intense feeling, typically my legs just kind of say “fuck it” and become hard to control.

-there are not many medications to treat either these. They are also super hard to diagnose. A single sleep study (you usually need several for a proper diagnosis) is over 5k out of pocket, and some people can’t get their proper medications unless they get a formal diagnosis!!

-narcolepsy is an autoimmune disease.

Anyway, off my soap box! I hope this was interesting or at least informative for some folks. I’d love to hear from other peoples experience with this kind of sleep disorder (diagnosed formally or not. It’s pretty easy to tell when something like this is super abnormal.)

f*ck. i can’t sleep, i avoid my thoughts and avoid them and i shouldn’t, but what do i do?

i hadnt really realized how anxious i’ve been and how bad i’ve felt about certain things. this is horrible, but at least things aren’t too bad, i’ve still got a lot of good like my partner and stuff.

i just need to write down my feelings somewhere.

uhmm 2020 has not at all been the year i thought it would be in a lot of very bad and good ways.

i went through some bad traumatic things, but currently i’m so fucking happy and excited for the future.

obviously, i have mental health issues- so life is not perfect. i still struggle each day but i don’t want to die anymore.

i have to keep kicking myself because i’m being too lazy and depressed (even though im happy)- but other than that, i’m doing well.

there is more to come of the year and from life, but so far the good was worth all the bad.

me: falls asleep at a normal time

#roar of the evren, #sleep disorder, #circadian rhythm sleep disorder, #like even when i succeed it just fuckin wakes me up yknow, #i have non 24 btw, #if u ever wondered why the times im online at are never consistent, #i thought i had dspd a few years ago but i was wrong
3 notes · See All
m-existsText

insomnia sucks BUT at least I get stare at my ceiling regretting every mild embarrassment that has ever occurred to me :)

#insomnia, #sleep disorder, #no sleep all problems, #i am tired, #always tired, #im so tired
1 notes · See All
mycptsdstoryText

To all the creative people out there; do you find it difficult to sleep at regular times since lockdown?

I felt I lost all motivation in lockdown 2.0 than 1.0. The first one I’ve decorated all my furniture, decorated my bedroom and been studying non stop. That actually helped me to get my sleep schedule back on track.

Now it’s really messed up. Like I go to bed at 5am because I think better at night than during the day. I get more creative at night than during the day and I can clean better and my head is clearer. No idea why, I’m such a night owl I like to do things better at night. But my motivation has completely gone! I meant to be studying my maths but I can’t, it’s just been really difficult.

I also forgotten to mention that in lockdown 2.0 I’ve finally painted my bathroom and got rid of all the mould (since the paint wasn’t bathroom paint and yes there’s a difference) and I’ve been slowly doing the skirting boards. But I’m just ugh with the lockdown.

I used to be in theatre a lot and that actually got me out of my flat and it got me to socialise. I feel now that’s completely gone. I miss rehearsals and I miss acting in general. Being in the theatre helped me a lot in general. I even miss doing dance classes and singing classes. I just really miss it.

Is anyone else having the same issues?

Depression is like wishing you died in your sleep and when you wake up 4/13 hours later you just think ‘well shit’ before internally crying the rest of the day.

Then rinse and repeat.

Or something equally stupid like I’m just… suddenly not tired that day….

Do they just say “no you don’t have a sleep disorder” if you can’t sleep during the study? How can they check how many REM cycles I’m getting if I never fall asleep? What a collossal waste of time it would be. I would seem like such a liar.

I guess I’m wrongfully hoping it’s a sleep disorder because if it’s not that means I’m just a lazy piece of shit who can’t stay awake even at parties and when I’m driving….

It’s supposed to be a rare phobia, but there’s a number of reasons people might be afraid to go to sleep. For me it’s the thought of if I go to sleep I won’t wake up of anything happens, it stems from childhood. It’s hard to stay awake but the anxiety battles though.

Having insomnia and hypersomnia simultaneously is basically like. Hey! You’re sleepy all the time. You’re always sleepy. But you don’t actually get to sleep. You just feel sleepy constantly. Even if you lay down? It’s gonna take you anywhere from two to six hours to fall asleep. But once you fall asleep? You don’t wanna get up! You might even hear your alarms in your sleep, but you won’t wake up! You may be literally fighting your unconscious to wake up but it’s gonna he a fight every time! And sleep medications? Those make all that worse, so you can’t take those to help you fall asleep! ;)

#insomnia, #hypersomnia, #sleep disorder, #sleep, #mental illness, #not to mention i have fucking rheumatoid arthritis so i already deal with fatigue issues, #thankfully my vyvanse helps me with staying awake, #but sleep? that's still something i gotta fuckin fight, #this has been queued so this might not post at 4am but it's currently 11/21/2020 @ 3:55am as i make this post so
2 notes · See All
littledustyflameText

Sleep problems are so frking frustrating

Obstructive sleep apnea (OSA) is a life-threatening sleep disorder.Simply put, if you’re suffering from sleep apnea, you repeatedly stop breathing while you sleep. Your body can’t get enough oxygen which causes you to start choking, snorting and gasping for air. 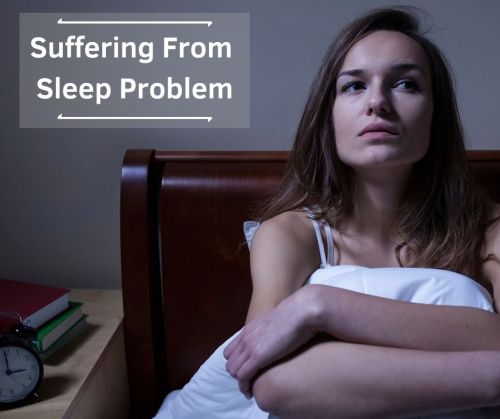 Honest to God, I’m so fucking tired of having to explain to people that insomnia is more than “not being able to sleep.” it’s having constant anxiety at night keeping you up and worrying about everything you can. It’s about staying up until 9 in the fucking morning and feeling delirious throughout the day, even when you sleep.

While we’re at it, let’s normalize talking about insomnia. Everyone thinks insomnia is so scary (I first did when I was 12 and uninformed) and quite frankly, it still can be when you don’t have the right info.

For those who will ask (and I know there are people out there who will ask because I constantly get this fucking question): “Have you tried reading a book, meditating, working out, etc.?” The answer is: I THREW THE BOOK OF SLEEP AT IT. I even tried MELATONIN (which surprise surprise didn’t work). For people who have insomnia like me, all we need is a little love and support.

If we are going to normalize other mental health diagnoses like depression, anxiety, etc. then normalize the most basic fucking one: insomnia.

#insomnia, #cant sleep, #normalize, #psa on mental health, #mental health, #this is important, #I am constantly tired, #this has been a psa, #hot take, #i need sleep, #sleep disorder, #no sleep
3 notes · See All
cantsleepcenterPhoto

Sleep apnea does not “go away”. In fact, it gets from bad to worse. Over time, patients develop many of the chronic conditions described above which increases their risk of dying early. With proper treatment, all of this can be avoided. 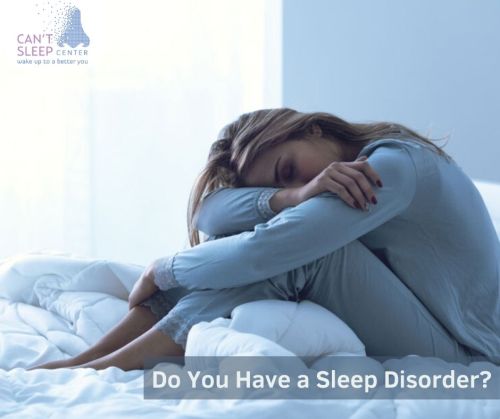