Lin: Everytime I talk with you people it gets more and more absurd

Kya: You say ‘you people’ like you’re not already part of this family. Well, I’ve got news for you, love. You’re already on the Christmas card!

i don’t make the rules sorry

Kya: What was that?

Bumi: I dare you to kiss the hottest person in the room

Lin: Can you move? I’m trying to get to Kya 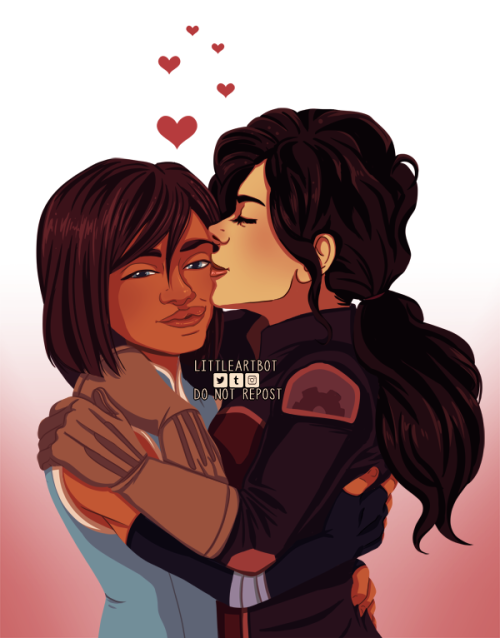 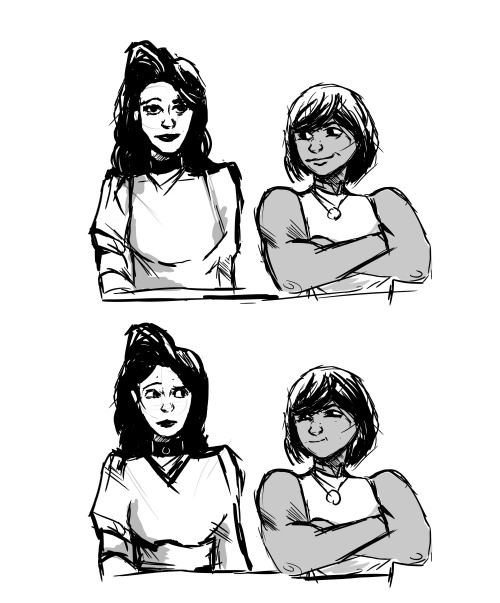 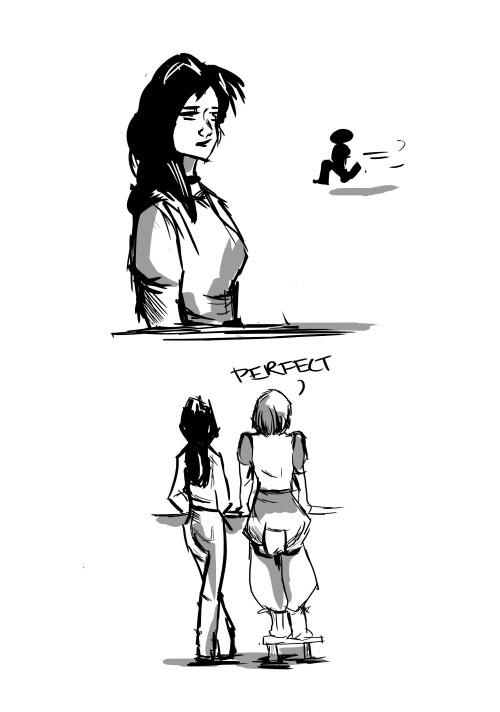 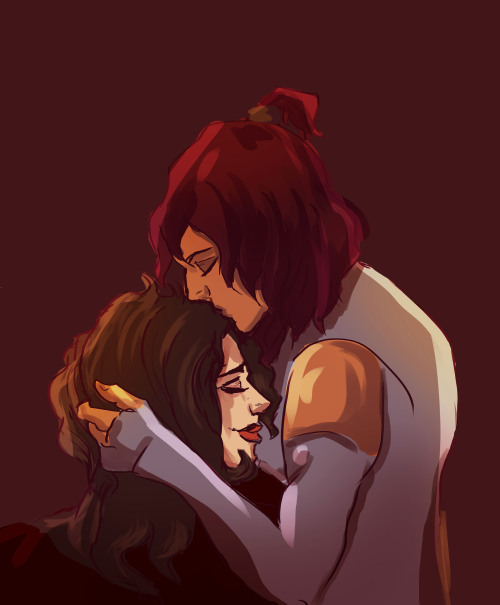 what the hell do they think is so funny? 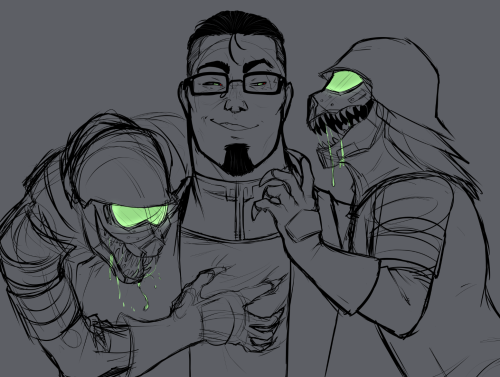 #Legend of Korra#LoK#Baatar Jr#AtLA#LoK AU#LoK: Sovereign Guard#[ ANOTHER VAGUE AU POST LOLOL#alternate title 1: me and the boys laughing at you behind your back#alternate title 2: shithead mcfuckface and his loyal doggies#at this point I'm just posting SG stuff as it comes because I doubt I'll ever be ready to explain my AU fully lol#so the next best thing is to just post it in pieces so I can at least say I got some of it out#it took me five solid hours to relay the whole thing to a friend of mine wheezes#but this has been my brain rot for the past several months so have a taste lolol ]
16 notes
ghostlightprincess
Text

if asami didn’t make you question your sexuality did you even watch legend of korra??

As always with these kinds of posts, I preface this with a statement that I am not in any way justifying Kuvira’s actions in book four; I’m only speculating about the factors that may have brought her to that point.

I always thought her descent into authoritarianism and war crimes would have been more of a gradual thing. When Kuvira first landed in Ba Sing Se, I imagine she had no intention of staying in power past the end of her term as interim president. For this reason, her general strategy was to to push through as many reforms as possible as quickly as she could so that the next ruler wouldn’t be able go back to the way things were under the Earth Queen. This approach — along with a number of feats including defeating bandits and petty warlords and reversing natural disasters — won her the love of Ba Sing Se and much of the northeastern part of the kingdom, who would continue to sing her praises even after the fall of the Empire. However, it also earned her a lot of powerful enemies.

I had this idea since finishing season 2 of The Mandalorian and I finally got the motivation to draw it. This is my first time posting art here, I’ve only done writing so I hope you guys like this. (And yes, she also has lightsabers. Not a Jedi though, more towards a grey Jedi or even not really using the force at all, just using them as weapons.)

Progress photos below the line

Sorry, I’m not doing drabbles currently. I don’t have the energy. Maybe someday.

Like I’ve said before, I’m not color blind, so I don’t really have many headcanons for this because I don’t know what it’s like. From what I can guess, Bolin would have protanopia, which is red-green color blindness. He mostly sees yellows, browns, and blues. He first realized this when as a kid his mom would ask him to bring over his clothes (which were mostly green) for the laundry, but he’d accidentally bring over Mako’s, which were red. (this depends on the shades, of course.)

For personal taste, he wears very neutral colors, but he smiles and nods when Opal and Asami insist on dressing him in green, since they say it’s his best color. But in terms of decorating, he loves using contrasting lights and darks and crazy patterns like zigzags. He has the most eye bleeding curtains, but he thinks they’re snazzy.

One time, due to Spirit World shenanigans, Bolin ends up separated from his body in the spirit world for a very short time. But because color blindness is caused by the body, not the mind, he can see full color when his spirit is in the spirit world. The first thing he sees is a mushroom, and he screams because it’s purple and he’s never seen purple before, whAT IS HAPPENING?! Once Korra and Jinora sort things out and get him back in his body, everyone thinks he’s had such a traumatizing experience, but really he’s just so overwhelmed at purple.

This drawing was requested by @princeasimdiya12, thank you for this request! I learned how to draw abs better 😂 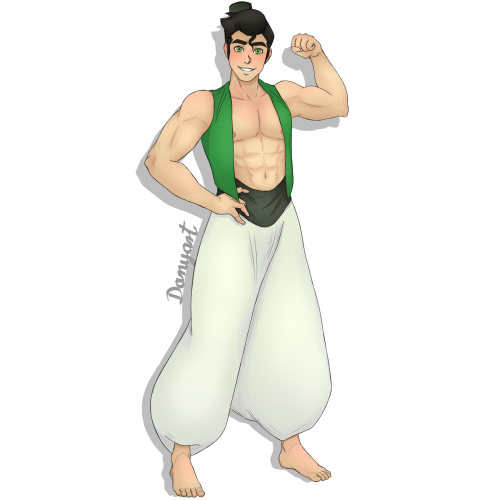 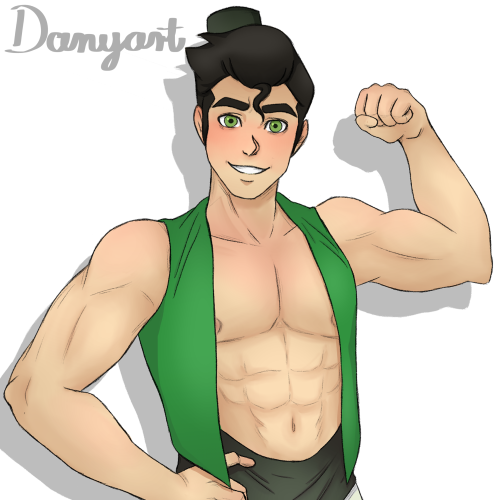 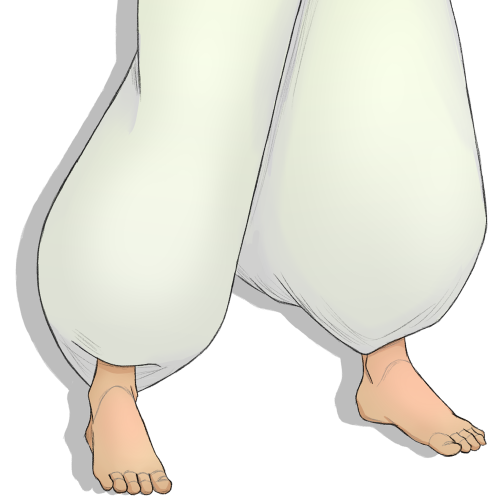 “Even though we should learn from those who came before us, we must also forge our own path.”

Hey, I just created an instagram account for my fanart pieces! I’ll eventually load it up with all my work so far in here. Hopefully I get to interact with you all more quickly and daily (maybe?). 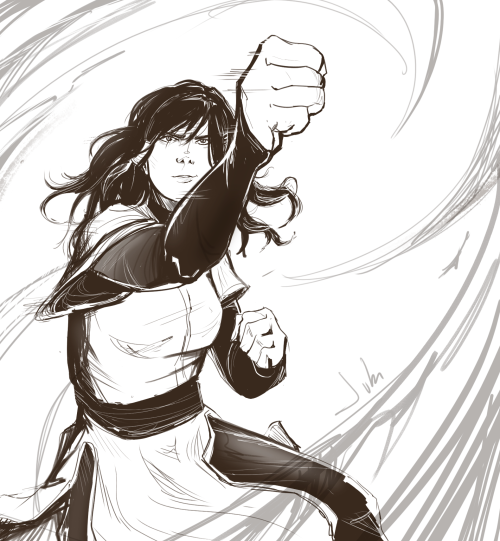 I’m trying out a new art style, and decided to start off with a modern Jinora, featuring the little spirit that helped Korra in season 2.

Kya: i feel a lot of sexual energy coming from you