I’ve been thinking a lot about what Watts was saying to Cinder. And with the amount of parallels between Cinder and Nora, especially this volume alone… I’m here to spread my Fall Maiden Nora propaganda.

#I’ll die on my Fall Maiden Nora hill#the only other answer I’ll accept is Fall Maiden Emerald#rwby#rwby 8#rwby volume 8#rwby vol 8#nora valkyrie#cinder fall#arthur watts#lie ren#rwby Salem#maiden nora#long post#shut up potter
5 notes
snellyboi
Conversation
<div> The TRUE Ending of RWBY! </div>
Oscar
To beat Salem, we need to get the artifacts and-
Ruby
I HAVE A BETTER IDEA! We're based off of the Wizard of Oz right?
Oscar
...we're what of the wizard of who?
Ruby
Exactly! So what if we spill water on her?
Salem
Your time is at an end, Ruby Rose...soon, all the world will-
Ruby
*tosses a bucket of water at her*
Salem
...you son of a bitch, how did you even KNOW about that weakness!?
Ruby
Shut up you're getting too far out of character.
Salem
Oh, right. Sorry. Ahem...AAAAHAHHHHHHH NOOOOOOOOOOO I'M MEEEEEELTIIIIIIING!!!!!
#rwby#ruby rose#oscar pine#rwby salem#breaking the fourth wall#I think it would be funny alright!?
33 notes
rwbycatswastaken
Text

Basically, what if Ozma and Salem swapped immortality styles so that Salem had to reincarnate whereas Oz got to stick around? However, it may cause some issues… especially if she has to get reincarnated with Cinder. There may be a part two with Oz’s shenanigans soon.

Spoilers under the cut.

It’s looking like that. She’ll probably reform in the finale or a post-credit scene. I’m honestly expecting Ironwood to be dead by then. I wonder what Salem is going to do when she wakes up in a corn field with her army dead and supporters abandoning her. She’s powerful, but she’s not a deity that can conquer a kingdom on her own. Unless Cinder pulls the greatest clutch of all time, Salem has lost this battle.

I think it’s pretty neat anon-chan. Bummed that the showrunners attached the whole bit about “Oscar using magic accelerates the Merge between him and Oz” to it since it genuinely felt out of nowhere for me. But I’m assuming there is probably going to be a PLOT reason for this little catch to Oscar and magic.

As a matter of fact, this is reminding me of Avatar: The Last Airbender where Aang had to “give up his love for Katara” in order to enter the Avatar State. So a part of me is wondering if there will come a point either for this volume or next, where Oscar is given no other alternative but to go all out with his magic at the expense of his own humanity.

Since Ruby Rose has been built up as a person of importance to Oscar for the past couple of volumes. Not to mention that she’s also been an advocate for him being “own person”—I wonder if we’ll get a moment where Oscar will have to protect or even save Ruby from Salem and magic is the only thing in his arsenal that gave him a fighting chance against the wicked witch.

So imagine if…Oscar decides to finally go all out with his magic to combat Salem—mirroring Ozma and Salem’s first dual from the Lost Fable— as means of the little prince protecting his rose; even if it would mean losing himself entirely in the process as him and Oz merge as a result of him using his magic fully to stop Salem?

Not sure if we would get something like this for the canon but it is interesting to consider as a possibility, y’know?

That moment when @rootbeerflotsam suggests couples counseling for Salem and Ozpin 🤣🤣🤣 I mean I’d love to watch that!!

Panic? Me? Ah no just mabye

The fact IS SALEM IS GETTING MEDIUM RARE

IRONWOOD IS OFF HIS FUCKEN CHAIN MAN WHILE QROW ISNT MAKING IT ANY BETTER !

So a thought came to me. RWBY loves its subversions, right? Taking inspiration and homage from existing stories and fairy tales and putting a little twist on them. And in Little Red Riding Hood, the titular character and her grandmother get eaten by a wolf only for a huntsman to cut it open and save them.

But. Our Little Red is a huntress… and a Silver Eyed Warrior. What if she were to be consumed or perhaps trapped inside a “wolf” (Hound)? Perhaps, say, by an evil witch seeking to demoralize her team by taking away their leader? (Just as she did with Team STRQ all those years ago) But this time, instead of waiting to be saved, what if she were able to gather the strength to cut herself free?

#rwby#rwby spoilers#rwby theory#ruby rose#the hound#rwby salem#Puts those Grimmy arms in the intro into perspective too#bc now we know they match the ones Salem has coming out of her glyphs AND the ones the Hound used#Is there a chance she might get taken/give herself up?#Salem seems to have a thing against SEWs and if she recognizes how much the team relies on Ruby. . .#and Grimm are creatures of despair.#Wonder if exposure to goo leads to nightmares/fears that paralyze the victims#could be a good method of exposing and having her face some issues. Literally face her worst nightmares#and still have enough heart and care to use her silver eyes#Oops. Tags got away from me lol#armchair conspirwby#idk honestly a crack theory I figure I might as well throw out into the open lol
43 notes
moondrop04
Text

Hello Hello Hello……and WELCOME BACK to the next RWBY Speculation Post!!! Now with all the snow and ice finally melted here in Texas, we can finally go back to our regularly scheduled programming of new RWBY content. As always let’s see what I’ll get RIGHT and what I’ll inevitably get WRONG!!! 😁

DO NOT REPOST! please reblog if you like my art! and consider asking about commissioning me if you’re interested in more! i also have a sale going on for the month of february!!! 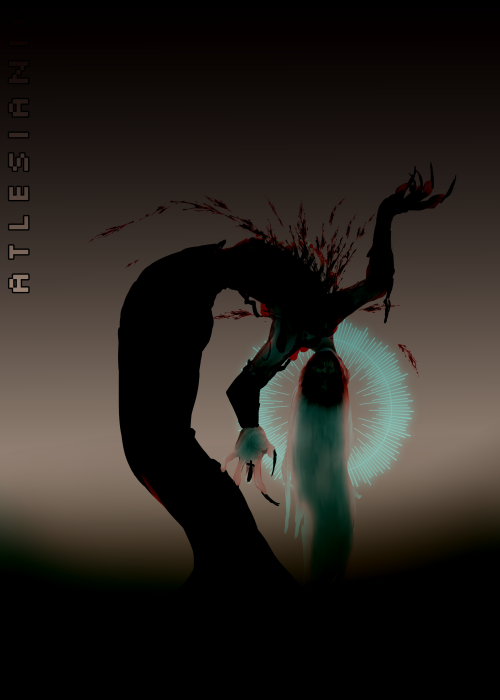 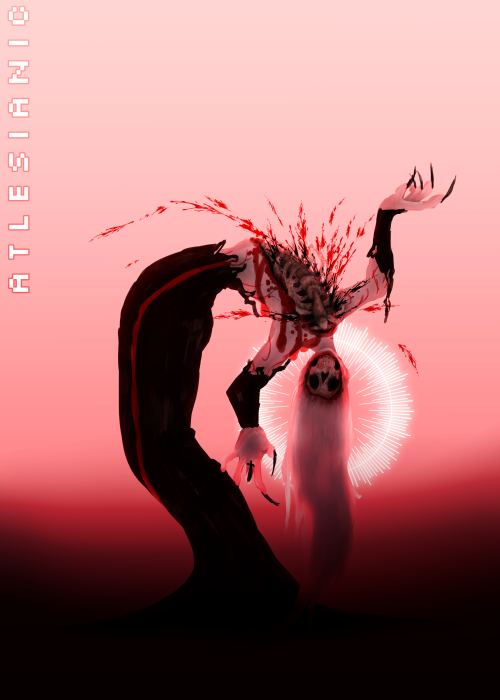 Summer: Oscar. Where are you?

Raven: Where could that freckle farmhand be?

Human Salem: I have no idea.

Willow: I think Winter said that Weiss and the rest of friends are in a hotel.

When they arrived in the hotel.

They see Oscar alone. They all thought it was perfect and they went to Oscar

Oscar: Oh. Hello Ms. Belladonna, Ms. Rose, Ms. branwen, Ms. Schnee, and Salem. What can I do for all of you?

Kali: It’s okay Oscar. You can call us by our first names

Raven: Yeah and you can drop the ms.

Oscar: Okay. Is there any thing you all need?

Human Salem: Yes there is

Summer: We wanted to ask you. If you can help us with something.

Willow: There will be a reward for you

Oscar: It’s okay. I don’t want a reward. I will do it for free

They all thought it was cute. When Oscar said that

Raven: Trust me kid. You gonna love the reward

Oscar: umm Okay, so what do you help on

Kali: we need your help to make a picture and a video with us

Oscar: So you mean for me to be in the a photo and the video with all of you?

Human Salem: Yes. Can you?

Kali: Perfect. Come with us.

Raven: We will tell you the details. When we get there

They have arrived in a photograph/video studio. Which is run by Velvet Scarlatina and Coco Adie

Velvet and Coco sees them and went over there

Velvet: Finally. You guys are here. Now we can start the production

Coco: Yup but first Follow me. I gonna get you all already.

They all said Yes

all did except for Oscar

After the photo. Oscar asked them “Now what?” Raven replied by saying: “Now your reward.” Oscar was about say something but until Coco said “Alright Everyone back to your places”

Oscar: oh yeah right. The video. You can give me the reward later.

Summer: That is the reward silly.

Raven: The video. It’s going to be your reward

Oscar: Not trying to be rude but what’s so rewarding about a video?

Willow: You will see

Oscar just had a confused face

Please let Ruby sleep before she kills someone

Ok don’t hate me for this!! This is a version if salem won.

Ozcar: Hey salem(coughing blood, on his knees facing up front, applying pressure on his wound)can I tell you something, I wanted to tell you this, when I was still Ozma, before our curse, before my death!?

Ozcar:(cough)Just like that, it’s time for me to go.

The reason WHY, neither of us will ever know.

(Cough)Hour by hour. Minute by minute.

None of them are the same without you in it!

I never imagined our last kiss would be our last.

If I had, I would have kissed you longer then that.

I would have made sure you knew how deep I loved you!

Instead! Here i am, longing to be with you.

Go back and re-read our first love letters, just like we used to do.

My days on earth are done!

(Cough)Our time together, brought so much joy into our lives

It kills me to see all the tears, that me leaving, has left in your eyes.

For you, tomorrow may or may not come.

It brings such sadness that I will have to wait such a long time, before I see your sweet face again.

All the love, laughter, and dreams have come to an end!

Please know, that with you, I lived the best life.

Until we meet again, this is my final go—.

Salem: For the last time, Watts. We’re not ordering pizza.

Salem: Because they stopped delivering here when the delivery boy they sent got eaten.

Watts: Order from a different place then.

Salem: No place is as good as Papa Savario’s.

Mercury: It’s all the same shit anyway, greasy junk covered in meat and vegetables to make it seem healthy.

Emerald: Guys can’t we just have someone go get the pizza and bring it back?

Mercury: You wanna drive there?

Emerald: Well, I mean we fuck around Remnant all the time. Next time we’re out I say we get some pizza. Maybe even some of the decent microwaveable ones.

Watts: I swear to God, Emerald. If you pick up another DiGiorno pizza I’m feeding you to the Grimm. It tastes nothing like delivery and you know it.

Emerald: C-cinder likes it though…

Tyrian: It is a fine establishment, Hazel, but we’ve been banned from the premises ever since you broke the pinball machine.