Witch of the South

(Anon, I gotta say, this is pretty cute. Like INSANELY cute. Cannot stress how cute I think this is.)

Thanks for the suggestion! Remember ask box is OPEN for Ship Summaries, Ship Trials, Headcannon Requests and Headcannon Chibis!

Willow: There’s no “I” in team but if you say it really fast it sounds like there is a “My” in mimosa

Finally got a request for Whitley so now my dysfunctional Schnee collection is complete!

Requests are still open but if I get more Schnees i might have to keep it as a sketch. this style is very dependent on color theory and practice. I really need to plan out the background color to make up for the Schnee’s limited color pallet. 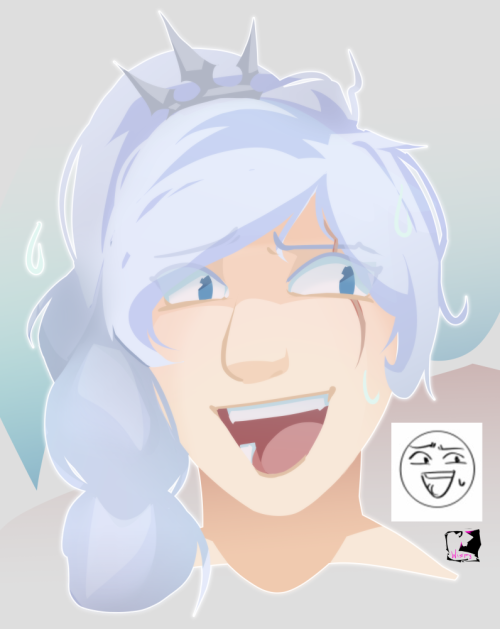 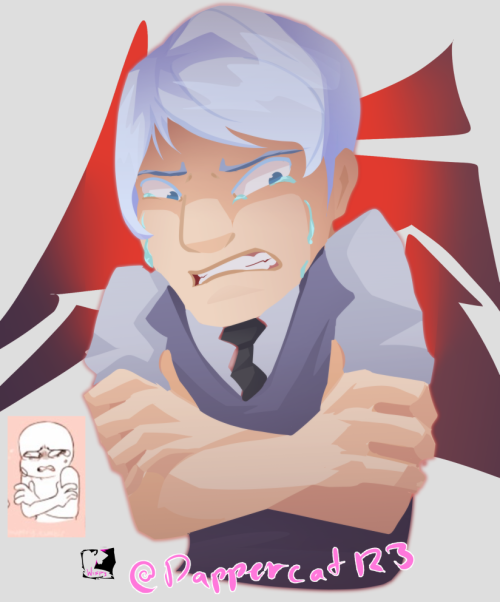 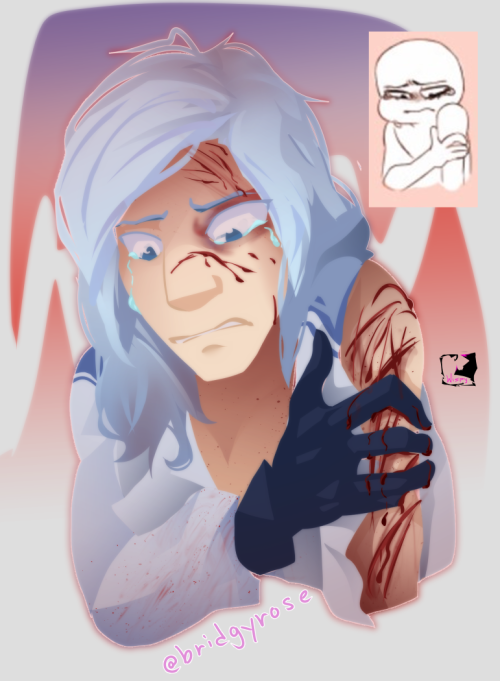 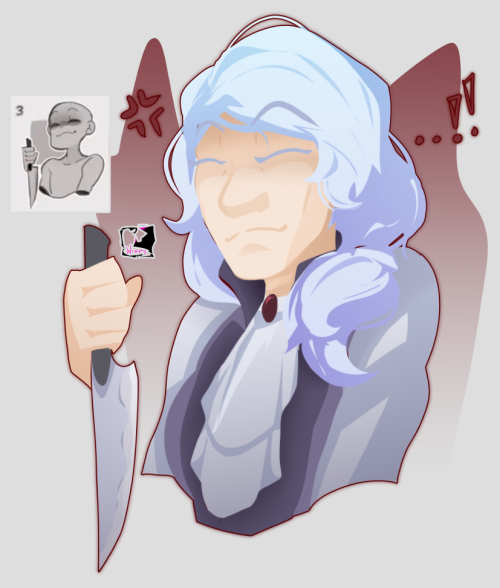 #winter schnee, #weiss schnee, #rwby, #rwby7, #Willow Schnee, #Whitley schnee, #my art, #i may or may not have arranged it so it looks like willow slashed the fuk out winter lol
27 notes · See All
chronicallydepressedbudgerigarText

Willow: The Minoans created mosaics that have lasted for over 4,000 years. What are you even doing with your life, you lazy piece of shit.

Willow: When I say I’m as sober as a judge I mean Paula Abdul.

I would like to see him, but V8 takes places over a short span of time so I don’t think we are going to see much (though you never know) so I think Whitely’s big moment is going to be in V9, hopefully when things have calmed down. What I would like to see is Whitely’s perspective of his family; how he really feels about Weiss and his parents. I think he’s been covering up his feelings so I wouldn’t be surprised if he had some sort of mental breakdown. Also I would love to see him visit Winter in hospital because we haven’t seen them interact yet, I want to know their dynamic.

Thanks for the suggestion! Remember ask box is OPEN for Ship Summaries, Ship Trials and Headcannon Requests!

Willow and whitley will single handedly save atlas. How? The sheer amount of misery they emanate will just simply attract all the Grimm and every one else will be spared.

Taiyang: why is this whole wall in your house full of pictures of whiskey and cheese?

Willow: that’s my vision board

Weiss: do you know what bees make?

Willow: i quit drinking because its not recommended to drive my dump truck of an ass around town under the influence

NO WAIT IVE BEEN ACTUALLY THINKING ABOUT THIS???

We know Willow is a low functioning alcoholic but we’ve seen Jacques drinking a lot also? I mean that doesn’t necessarily mean that someone is an alcoholic, of course. I believe in v4 he was drinking with Ironwood when he was arguing with him in his office (correct me if I’m wrong). We see Jacques drinking in v7 also after his encounter with Weiss and her friends (heavily implied that he came home in a very bad mood and whitley seemed very on edge bc of this). And let’s on forget his huge glass of wine at the v7 dinner.

I mean, Jacques being a high functioning alcoholic or not, alcohol seems to be everywhere in the schnee household. If it’s not Jacques shown drinking, then the bottle is shown in Willow’s hand.

I don’t know if drinking contributes to Jacques’ temper or if it calms his nerves but it seems that nobody in that household is happy, not really. No doubt all the schneeblings probably have major issues with alcohol

Yeah there’s about a million possibilities for him. My hope is that he goes on a self-exploring journey, because he hasn’t had a chance to really do anything. With his father gone, hopefully Willow steps up and supports him so he can become more independent as well. Ultimately, I want him to find himself. That’s what Weiss and Winter did, and he deserves a chance to do that, too.

#he needs to learn that he isn’t a copy of his father, #and that other people love him no matter what jacques says, #whitley schnee, #jacques schnee, #willow schnee, #weiss schnee, #winter schnee, #ask, #anon
17 notes · See All
iron-and-iceAnswer

This one’s not a one that I’m sure I will ever pick up, but essentially Blake turns Adam in to Sienna after the train heist and Sienna exiles him from the White Fang. He goes to Atlas in order to settle his scores with Jacques Schnee and the SDC, but is shipwrecked off the coast. He washes up on the beach below and is found and nursed back to health by…Willow Schnee. They eventually agree to join forces to destroy Jacques.

The plot is pretty vague beyond that, but it’s a dual narrative of past and present, featuring snippets from Adam’s childhood as a ‘youth worker’ in the SDC mines, his escape and early years in the White Fang. The present will feature a revamped Happy Hunters with a Robyn Hill who is an actual Robin Hood expy, recovering alcoholic Willow training Whitley and Ironwood struggling to figure out exactly wtf is going on.

‘What is this?’ Adam hissed. He held up the sketch book.

‘It’s a gift,’ Willow said calmly. She found his temper tantrum strangely familiar, like dealing with Weiss or Winter whenever they didn’t get their way. ‘The polite response is to say thank you.’

‘I stopped drawing years ago. Bring me more books.’

‘Then now might be a good time to restart, perhaps?’ Willow replied. ‘I’m afraid you’ve quite exhausted my father’s collection on military tactics and political strategy. You have a choice between Classical Mistralian Poetry or whatever romance novels my daughters have left lying around.’

He dropped the sketchbook and turned away from her with an audible huff. Willow pressed her thumbs to her temples and yet again regretted forgoing a cocktail with lunch. She wondered how it was, across a lengthy career of robbery and bloodshed, that no one had taught this twenty year old man how to act his age and not his boot size.

Without aforementioned cocktail in her system she lacked the required liquid courage to ask him the question directly. Instead, she played the Jacques Strategy.

‘Can you wield a sword yet?’

A blue eye glared at her. ‘Of course I can.’

‘Really?’ Winter eyed the sabre leaning against the wall. ‘Because it does not look like you practiced at all today.’

This time he favoured her with the full glare of both eyes. ‘My throat hurts when I move too fast.’

‘Or maybe you’re afraid that you’ll drop it again and look like a fool?’ Willow drew the sabre herself and gave it an experimental flick. ‘I have another practice sabre stowed away somewhere. Shall we have a spar?’

‘The point is that your body is so frail that I do believe Jacques could bludgeon you to death with a balance sheet. You might not be able to train properly for another week, perhaps two. You need something to help you develop the co-ordination in your left hand. So I suggest that you pick up that pencil if you ever want to pick up a sword again.’

#rwby, #adam taurus, #willow schnee, #basically Sienna actually keeps a close eye on her subordinates, #adam gets exiled instead of given more power, #the Adam vs Robyn fight is essentially a gun vs bow showdown, #but they become best frenemies eventually
5 notes · See All
chronicallydepressedbudgerigarText

Oh my goodness I stan the RWBY mothers

Willow Schnee is such an interesting character and I just really want to see her develop in the series even if she’s likely to die. That would become a huge wake-up call for the Schneeblings and it would spark that intense character development in each of them. A slow burn to understand her and eventually turns good that it redeems her character somehow in preparation for her end.

I feel like Summer would be that person that could help me get out of an invite I don’t want to go to by saying we have a set date already and drags me away to escape. She’d definitely be a go-to person who’d help me out.

I don’t really see Kali as an enemy so idk how to explain this. There’s practically nothing to hate on her at this point and I wouldn’t say lovers, but maybe if hostile to loving daughter, then I could agree. Being rebellious towards her then eventually learning that she was just looking out for me this whole time.