Whitley: In Scooby-Doo, secret tunnels are always behind library bookcases!

Klein: Could we not base your entire families critical escape route on what does and doesn’t happen in episodes of Scooby-Doo?

Joanna: Amy best friend is probably Rowan, we get along with each other pretty easy and we have a lot in common, despite him being a year younger than me and a bit shorter, he’s great to be around. Plus our families are really close so we get to hang out with each other during the holidays!

Klein: Yes, Master Rowan is growing up to be a fine young man.

Joanna: …Yeah I guess he is huh.

Klein: I wouldn’t know in the slightest, I raised the young mistress to be a proper la- guh-ah-ah… ACHOO!

Klein: Of course I spoiled her, how I not? She was so adorable as a child that I couldn’t say no to her! Oh and she would sometimes refer to me as “Poppy.” Ah-ACHOO!

Klein: *sniff* Oh pardon me, it appears allergies are acting up lately. Did I say anything?

Joanna: *slighty blushing* Not anything that was embarrassing or anything Poppy.

Klein: Oh good, I would hate to embarrass you in front of the whole Dust Net.

Weiss: It’s been exhausting lately. The majority of the work is spent debating if a bill is to be passed or not and what’s left is spent looking upon reports of the well-being of the citizens. It’s especially taxing when having dealing with those who used to live like royalty in the days of before Atlas and Mantle reunited. With the Kingdom having been socially divided for so long, it naturally fell upon the Council to reconstruct the relationship between both groups of people. There’s also the issue of protecting the rights and privileges of the Faunus in New Mantle.

Neptune: Atlas and the Faunus have some bad history so keeping both groups happy is a whole different challenge to add on. But Weiss has been working hard to make sure that the Faunus are no longer exploited by the prejudice of humans.

Klein: You have made great progress in these last few years than any preceding council member.

Joanna: Yeah Mom you’re doing a good job, and a lot of Faunus I know, who are now able to enter into Combat School much more easily, respect you a lot.

Weiss: *smiles* I’m happy to hear that. But enough about me, how has your latest project been going dear.

Neptune: Oh it’s been… hard. Like really hard. Who knew trying to make a satellite go into space was so hard.

Weiss: Well seeing as how it’s never been successfully accomplished before, I think you have quite a challenge ahead of you.

Joanna: I talk to Rowan, Sum and Liena pretty often. Just recently they all came to us during the summer, when it’s less cold here in Solitas, and I showed them some of my latest projects. I even helped Summer and Liena come up with what they wanted to make as their first weapons.

Neptune: Yep, when all three told Joan here that they were going to be training as huntsmen and huntresses, she immediately adopted the role as their weapon’s smith. Well everyone except Rowan that it is.

Weiss: Yes, he certainly has his mother’s eye when it comes to crafting weapons and such.

Joanna: Yeah I was a bit bummed when he said he was fine with making his weapon, buuut I did gain a new gear buddy in arms while he was here. We benefited a lot from each other’s knowledge, he was skilled with blacksmithing and bladesmithing while I was skilled in gunsmithing and tech crafting.

Klein: Yes, you were very delighted when you could finally converse with someone would could keep pace with your jargon.

Neptune: I understand it just fine.

Weiss: That’s because she learned it from you dear.

Weiss: From work to family life, it’s been a bit busy as of late. Not to mention being a council woman has been very… tasking.

Neptune: Yeah being adults is a never ending job and has its good and bad moments. But one the bright side, my team and I managed to modify the heating grid to run on Solar power more efficiently by thirty percent this week!

Klein: Terrific news that is to hear Neptune.

Atlan: *claps his hands and cheers*

make sure you drink something warm yourself before go bed ;) 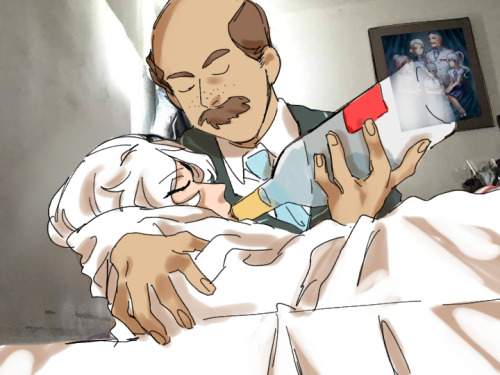 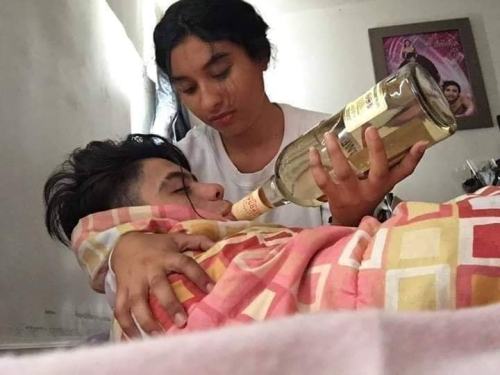 I just think the Boarbatusks in that hallway are a really nice touch.

Of all the Grimm busts that could have been in the hallway Weiss first steps through to leave the manor for good, it’s Boarbatusks and I think that’s really neat.

#rwby, #rwby8, #klein sieben, #I know satan is literally right there but give me some wholesomeness
8 notes · See All
booksbeaText

Klein, referring to Qrow: Miss Winter, is that scandroul bothering you?
Winter: Yes, however he is my husband so I signed up for this.

Whitley: You are a lying, cheating, piece of shit!

Winter: And you are a liar who thinks they can get away with everything you do. WELCOME TO THE REAL WORLD.

Klein, picking up the monopoly game: I think we should stop playing now..

In a world where semblances can be as varied as every individual, Klein’s got a rather odd case of a semblance that is purely performative. Parlour Trick allows Klein to perfectly customise his speech patterns, accent, and habits to suit a ‘role’ he created, up to and including changing the colour of his eyes. Like any good professional actor, Klein is able to swap in and out of each role seamlessly without any change to who he is at his core, something that definitely makes bedtime stories more exciting then they could otherwise be.

Perhaps such a semblance is indicative of the many duties he has to take on as butler to Jacques Schnee and nanny-in-all-but-name to Jacques’ children, with Klein neatly able to switch from task to task on a moment’s notice.

#rwby, #klein sieben, #rwby rewrite, #rwby semblance, #because the idea of Klein having /magical DID uwu/ is a big Yikes from me, #please take this run with it it is free for usage just maybe credit me?, #no pressure tho
32 notes · See All
neale-47-rwbyText

Reporter: Jacque Schnee how do you stay looking so young?

Jacque: (laughs) well it’s simple, you see each person has a fixed amount of life energy and doing stuff like exercising will decrease it so the answer is simple; don’t exercise … and be rich it’s that simple. (Laugh)

Whitley: that’s the man I idolizes!?

Klein: I have been trying to tell you for years.

“I.. waited. Until you grew the strength to leave us too. Until you were… strong, like your sisters.” Willow took a shuttered breath, his handkerchief clenched in a too tight hand. “But you never did and I realised it’s because you’re like me.”

Whitley’s own hands clenched in his lap, nails dug into the heels of his palms as hot tears wet his cheeks. His eyes were itchy and head stuffy, already exhausted from his last tearful session.

“You were never going to leave and- and no one was going to save you.” Willow’s lip trembled before she turned her head away, his crumpled handkerchief used to roughly wipe heavier tears away. “Just like me.”

One mistake and tears poured down his too warm cheeks.

Closeted and striving down the road his father has set ahead of him, Whitley Schnee is desperate to keep his father’s favour. He refuses to follow in his sisters’ mistakes.

Like every other tragedy in his life, it all starts with a misplaced emotion.