Trending Blogs
#I have no life
lanceylancedidoodledance00Photo

I hope you have a nice day. 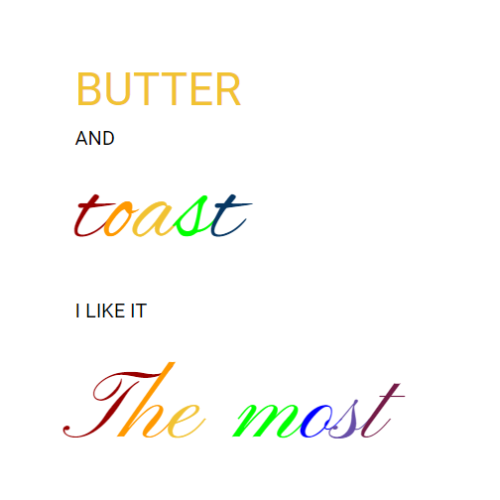 #butter and toast, #i like it the most, #have a nice day, #i have no life, #yes, #bvajhfgfasfhvasligufkhJWHED, #HEHE, #love and support
0 notes · See All
danielle-o-lText

In case you were wondering how invested I am in The Sims franchise, now you know.

#I have no life, #it’s a good driving to work song okay!, #sims, #text, #personal, #Youtube
7 notes · See All
i-put-the-leg-in-legolasPhoto 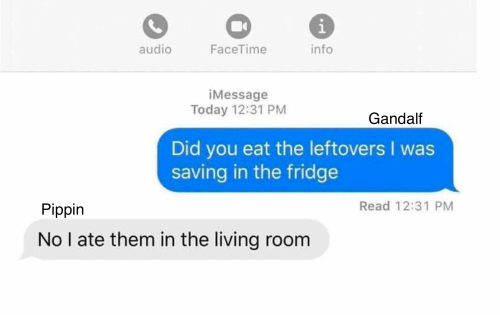 Shinsou- Go away. I’m not sleeping. I’m dead. Leave flower and get out of my dorm.

In a different part of the school

Aizawa: The problem children can fend for themself today. I’m dead go away.

*Todoroki awakens from his sleep*

I want people to play among us with

#among us, #bored, #i have no life, #and would love to play with someone
2 notes · See All
statesideshiftText

To do: post the stupid dk rap parody i made during the wayne minecraft stream

#to do, #dk rap, #i have no life, #obviously
0 notes · See All
ladylynseAnswer

Hey, Anon. You’re not alone, and the fact that you’re choosing to share your work with anyone at all is admirable! That’s an incredibly hard thing to do, and it can be really frightening when you’ve poured so much heart and soul and time into a fic and don’t know what anyone else will think of it.

Truthfully, the hit number can be intimidating on any site, and on the AO3 especially, since your brain tries to tell you that number being so large compared to the number of kudos means lots of people have clicked on your fic, decided they hated it, and stopped reading. It can be incredibly discouraging, but that ratio isn’t a good way to gauge fic popularity.

There are also a few people like me, who tend to comment but also forget to leave kudos, which will skew your ratio. Oops.

I’m not sure if you having a tab open to read a fic at some point that reloads whenever you open and close your browser will up your hit count, either, but it probably does might.

And, when it comes down to it, a lot of people are silent consumers. Some people might love your stuff but wrongly think that leaving multiple kudos on multiple fics (or comments if they ever comment on fics) is annoying. It’s not, of course. It’s great to know when someone likes your fics enough to binge read them! But if people aren’t creators themselves, they don’t necessarily realize how delightful it is to realize that someone read through a lot of your fics at once, and they might not be aware of how much that support means to people or how much its lack can be crippling.

Truthfully, though? My kudos to hit ratios are worse on my popular fics than on the fics barely anyone reads–about 8% compared to 14%. I know it’s hard to ignore the difference in numbers, but it’s not your best indicator of how much people like your fic.

#yes I copied my stats to excel and ran more stats on them, #I have no life, #ladylynse, #asks, #I'd say look at comments numbers but that will just discourage you, #because you're lucky if 1% of the people reading your fic comment on it, #so you need to read the comments that ARE left for you, #that's why I have a 'reactions to my stuff' tag on tumblr, #for bad days, #Anonymous
13 notes · See All
malvsworldText

So, I hate Meruem. Before you come at my throat, I have my reason. Just a heads up I’m only where the first human ant surrenders after Meruem and the Royal Guard is like “Peace! I’m out!” Anyways, the reason I hate Meruem is because not only did he kill my favorite ant Peggy (the penguin looking one), but he also ATE HIM !!!! I- WHY PEGGY?! I loved Peggy! 😭 Anyways thanks for coming to my TED talk. 💚

#hunter x hunter, #hxh, #meruem, #hxh meruem, #ugh i hate this character, #i just wanna, #🤜🏽🐢, #his stupid face, #ugggggggggggh, #okay enough rambling, #i should be good for now, #i have so much homework i should be doing, #i have no life
0 notes · See All
ravebunniiText

You know what.. fuck it. It’s currently 4:41 AM and I can’t sleep bc I’m so excited over this new meteor thing w Scaramouche I’m just gunna play my game now. Idc I got nothing to do today.

#i can’t sleep, #I saw it go from 12am to 2am to 4am almost 5am, #screeches, #fckin, #Genshin impact, #I have no life, #I hate it here
6 notes · See All
holdmyhopeinyourhandsText

#antonio mirante, #as roma, #asroma, #serie a, #goalkeeper, #literally me just not doing my actual work and instead going crazy over 1 man, #sigh, #i have no life
2 notes · See All
just-some-girl-92Answer

your detective skills are 👌👌

Yes I am neat and organised. I would say organization and time management are my top skills. (Bail hit me up to be your PA ✌)

Did you figure out the cooking thing from me gently bullying you about ramen?? I’m sorry!!! Every year that passes I become more and more like my Nona 😩 I would always say I hate cooking but I hate HAVING to cook. I actually enjoy working in the kitchen if its because I want to make something, especially for someone I care about. I just hate that when I’m hungry I have to do something about it and for doesn’t magically appear

#top gear, #the grand tour, #jeremy clarkson, #james may, #richard hammond, #has this been done before, #i have no life
23 notes · See All
kuiinncedesText

#i have no life, #the way i;ve ben thinking about making a jatp sideblog since i finished it, #last weekend or whatever wow it's only been like a few days, #stfu jeanne, #lowkey gonna miss putting jatp stuff on here tho, #lol it's for the best 😔, #but i do like being organized 😈 so sideblogs r nice, #also i cant tell if i like the url, #it's a lyric from edge of great, #which is one of my favorite songs so maybe, #we'll see lmao, #i dont loveee any of the jatp urls i have saved so, #maybe i'll have a stroke of genius at some poitn lol but for now, #this is what we got, #i dont hate it tho :P, #and of course im posting this when no ones online lmao but whatever XD
15 notes · See All
illegalstrawberrieText

I don’t know how to

#how does one tumblr, #idk how to do this, #what happened to my brain, #my poor minecraft addicted brain, #youtube as well, #i have no life, #someone please help me
3 notes · See All
knightandsinText

if anyone wants to scream about assassin’s creed valhalla with me, my inbox in open

#def not gonna post anything about it for a while, #so people have time to play, #not all of us can be 40+ hours into the game already, #but uh, #i have no life, #and eivor is my wife
1 notes · See All
mynameisliterallycashText

Don’t think I posted this earlier but here we are. My first attempt at a Fancam 😂

I am! i think im u/Jax-Matsuo on reddit? i dont know💀 i forgot, i got bored of reddit

#ask, #i have no life
2 notes · See All
ashientText

Tik Tok has consumed the last…three hours of my sad, sad life. THREE HOURS. THE FUCK!?

#me, #personal, #queer, #lgbtq, #tiktok, #what the fuck, #whyyyy, #pansexual, #for fucks sake, #what is my life, #i have no life, #this is my Friday night
2 notes · See All
eliaspetterssonText