The pop giants take on a number of genres and triumph, this special album finding them on a mission to shepherd fans through uncertain days
4/5 stars

When the pandemic struck, BTS were busy promoting their album ‘Map Of The Soul: 7’ and putting together a stadium world tour. A week after those scrapped dates were meant to kick off in Seoul, leader RM unexpectedly appeared on a livestream on the band’s YouTube channel with an announcement: they’d be using this sudden free time to make a new album.

As time ticked past, more livestreams followed, giving fans a glimpse into the behind-the-scenes process as the new record was crafted. The seven-piece divvied up the jobs needed to produce it – musically and beyond – and shared conversations about how to respond to the global crisis that had the world in a vice.

Seven months later, ‘BE (Deluxe Edition)’ emerges as the most accurate musical encapsulation of the rollercoaster that is pandemic life so far; one minute brimming with joy, the next listless and miserable, another swinging slowly back to a neutral baseline. The band’s expressed aim is for the record to spread comfort, but, in an early vlog where the members discussed ideas and themes for the album, singer Jimin warned: “Even something intended to be consoling can make someone feel worse.” Over seven songs (and one skit), BTS strike the perfect balance between encouragement and reassurance, and sharing in the dark cloud of everyday struggle Covid-19 has cast over us.

They do so through honest, candid songwriting and the sincerity that has always shone through in BTS’ music. ‘Life Goes On’ – a central motif for the album – depicts the lingering frustrations of everything but time having been frozen. “There’s no end in sight / Is there a way out? / My feet refuse to move,” sighs V, the track gently glistening beneath him. Instead of dwelling on what they can’t control, though, they return their focus to hope: “Like an echo in the forest / The day will come back around / As if nothing happened / Yeah – life goes on.”

Much of ‘BE’ finds the band trying to find something to cling onto, clutching at small moments of happiness wherever it can find them. On the bright, retro pop of ‘Fly To My Room’, punctuated by big lashes of ‘70s piano, Jimin, J-hope, V and Suga celebrate being able to travel – through their memories, Zoom, and TV. “The TV sound makes it feel busy and crowded as if I’m out in the downtown,” raps J-hope. “Your mind can be changed by your mind.”

‘Blue & Grey’’s redemptive arc is longer, lower and harder to spot. The most devastating song on the album, it details “unease and gloom” in terms that are crushingly vulnerable. “Don’t say it’s OK / Because it’s not,” sing Jimin and V in unison, voices dripping with desperate emotion. “Please don’t leave me alone / It hurts too much.” After the band have unravelled their malaise, though, Jin hints there still could be light at the end of the tunnel, even if it feels miles away: “If, in a far-flung future, I’m able to smile / I’ll tell you that I did.”

‘Skit’ – their first non-musical track since 2017 – perhaps best embodies the notion of enjoying the few moments of positivity 2020 has offered us. Here the band talk through their reactions to finding out that recent single ‘Dynamite’ (which rounds things off the album) scored them their first Number One on the Billboard Hot 100; the news landed Jungkook’s birthday. “This is the best gift in my life,” he tells his bandmates. “Don’t you think this is what happiness is like?” RM asks as their chatter fades out. Personal success colliding with universal turmoil comes with its own complex set of emotions – a clash of happiness and guilt – but BTS’ casual conversation is a reminder to celebrate what you can.

Just as ‘BE’ cycles through the various ever-changing moods the pandemic has made a constant in our lives, it’s also finds the band constantly moving between genres, each attempt a triumph. Jin, Jungkook and RM’s ‘Stay’ takes the form of steadily climbing future house, its chorus a juddering but melodic lightning bolt of joy.

On ‘Dis-ease’, J-hope, Suga and RM are in their element on an old school hip-hop track, serving up inventive wordplay at a mile a minute, the song conveying a message of strength: “There’s no eternal night / I’m stronger / A spark of fire / I will never fade away.” ‘Telepathy’, meanwhile, mines a different kind of disco from vibrant chart-topper ‘Dynamite’, its palette still rich and colourful, but with a more metallic sheen.

“You’re doing OK, right?/You’re not in pain anywhere, right?” asks Suga on the latter. “For me lately, I’m not too sure / I feel like I’m just floating.” They’re simple words intended to help fans through uncertain days with care and sensitivity. When NME spoke to the world-conquering band in August, RM said they were “eager to comfort and give joy to people through our music and performance more than ever”. Mission accomplished.

I think genuinely it was a mess. Not actually sure to what extent we will explore it but I think it’s been such a looming presence in the background, kind of unspoken but always there, that it needs to be addressed by them more openly, because I think a lot of her issues stem from that situation, or were at least excellerated by a very unhealthy relationship happening at a time when she was young and not really sure of herself as a person yet. I think with Ji-eun she’s sort of a ticking time bomb and we actually have vaguely planned when she’ll blow for a while now. I don’t want to reveal too much, but it’s sort of inevitable. 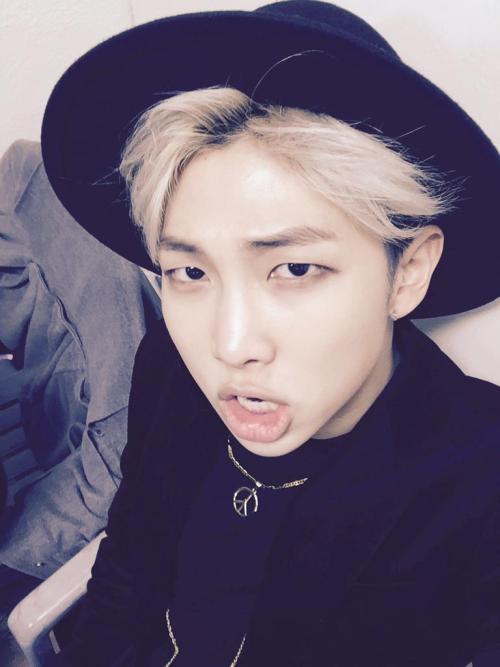 #since we’re thirsting over this man rn, #his hands are so attractive, #like the rest of him, #fuckkkk meeee, #bts, #taehyung, #Kim taehyung, #taehyung’s hands, #taehyung thirst
10 notes · See All
there4swText

Arrived today. Yay. I can take the bag shopping but not for work. Also the hat for spring/summer.

“Taehyung’s weverse magazine photos tonight….Fuuuuck. (I’m Tae biased but I get wrecked by OT6 particularly JK on the daily lol) Thank you Bunny for creating a non judgmental nsfw safe space because holy shit, I need to say I have never wanted to suck a man’s dick more in my life than I have after seeing those photos. The things I’d let him do to me if he stared at me like that… ~ 🍵anon”

“So those pictures that Taehyung posted on twitter and weverse. Got me thinking how it would feel to be fucked and date someone as insanely hot and sexy as him… anyone? Nah I can’t relate either 🥲🥲🥲🥲 - anon”

“Holy shit man… Tae is coming for my throat lately. Every picture he takes has been INSANE. The Season’s Greetings stuff, recent photoshoots, his recent selfies, his weverse magazine interview pictures, and the rest from the weverse magazine shoot that he just posted himself. Can he LET US BREATHE?! 🥵 - anon”

“I was thinking about how Taehyung likes to call himself a Good Boy and how much fun it would be to call him a Good Boy while having sex to see how he would respond and if he would be interested in letting a girl be dominant because that would be hella fun to have control and call him that. I bet he would like it. 👀 - Sub Yoongi fan”

I just… HOW can such a human being exist??!!! The man does not have a single bad angle or photo. And how ever so kind of him to share all the vcut’s and selcas as though we weren’t already attacked enough by him 😩😩😩😩😩

Namjoon: Don’t pay attention to the heaters. Focus on the fans.

Seokjin: This is it

Seokjin: This is the ultimate pun