it is pride month after all 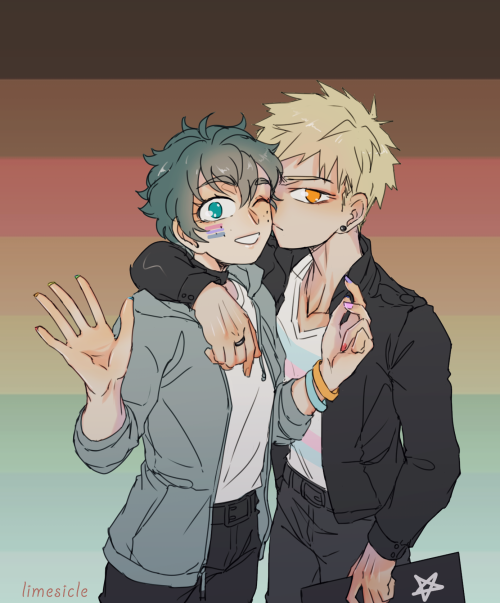 Sometimes I think about genderfluid Spinner

Dabi: He had a stick up his ass, but he was a good guy.

Fuyumi: I feel sympathy for him. I know what it’s like to have to take care of these losers - imagine the shit I’d have to go through if I had to watch over twice as many idiots!

So deku and bakugou are living a pretty sweet life. Both kaito and Kasumi are old enough and going to school.

Deku and bakugou having kaito at 27

And kasumi when they were 31

Now they are both roughly 36

And its very very unwise to have a kid but both deku and bakugou kind of wanna give it another go.

Unsurprisingly deku does end up knocked up. However now he really knows to call it quits. Hes gonna retire and find someone eventually just right now he needs time to take care of himself cause this is very dangerous.

And bakugou knows but he doesnt quit. He still is a hero and he knows deku will not continue. But he does it to find the next suitable candidate.

Deku actually has it pretty rough this time around. Hes at high risk for everything but he still wants to try and be a parent again for the 3rd time.

“Kasumi hes growing a baby he cant be moving to much”

But he knows better. This time though hes send into an early labor.

Both deku and bakugou just pray to every god in existance that their twin boys will be alright.

Their so tiny so frail and on support to breathe and yet. Both parents are very proud for them coming this far.

Masaki Bakugou is the oldest twin by like a good 3 minutes.

Mikio bakugou is the youngest aand quite possibly the weakest as hes given a breathing tank to have for the first 4 years of his life.

Kaito, kasumi and Masaki take care of him.

It does really come to a surprise he has almos the same exact quirk as deku.

Though yknow altered. And hes made fun of

“How come such an awesome quirk gets wasted on Mikio”

He’s left to really question if he even deserves this.

But his family loves hims and if they say they believe in him then so be it.

Masaki actually is the only one that has a quirk but says he’s not going to use it.

Its registered into everything that he also is explosive but he lives his life like a quirkless person. No one knows why

Maybe it’s to prove something to someone?

All deku knows is that. Is Masaki was ever in trouble he would have that to rely on.

Masaki goes into a medical field while his siblings all go for being heros.

Deku is very proud of the two of them for making it this far. For having this family.

Damn if his tubes werent tied he and bakugou would probably have a big litter.

Kaito is the only one with red eyes and greenish hair.

They all got bakugous blonde hair and dekus green eyes.

Shigaraki: I was fine with it. Kurogiri took good care of me. I kinda miss him.

Toga: Awwww, you miss your dad!

#ask, #asktheleagueofvillains, #bnha, #boku no hero academia, #mha, #my hero academia, #shigaraki tomura, #shimura tenko, #toga himiko, #kurogiri, #shirakumo oboro
1 notes · See All
tsukoyomi-fumikageChat
Random Texting
Tokoyami: Using my powers of zero-fucks, I pronounce this chat dead inside
Denki: Eyyyyy
Shoji: It almost sounds as if you're pronouncing a couple being married
Tokoyami: I mean, if people wish to get married, I'm always up for accidentally curing your soul to the devil instead.
Denki: You had me in the first part not gonna lie
#bnha denki, #bnha tokoyami, #bnha shoji, #bnh, #mha, #texting au
0 notes · See All
izzylehumanText

“Deku and the Magical Hoodie” Episode 1.

I don’t know what the background is

Hwhat the hell happened to the quality wtf

She is my izuchako love child. She is sweet and shy

A snippet of a fic, based on @gentrychild ‘Suspected Traitor Izuku’ AU that I’m working on, the first chapter should be up this weekend.

“Yeah, that was our reaction as well, but don’t worry!” Kirishima-kun’s smile is bright and probably meant to be comforting, but it only succeeds in making Tenya feel nauseous, “Aizawa-sensei, and the other teachers, are interrogating him right now!”

So I’m watching my hero academia for the first time because my sister wouldn’t leave me alone until I did. That’s beside the point though.

I just finished season 3 and like, did…did Best Jeanist die? That was a big blow, Like is he gone? It was really unclear, like Jet from ATLA all over again. 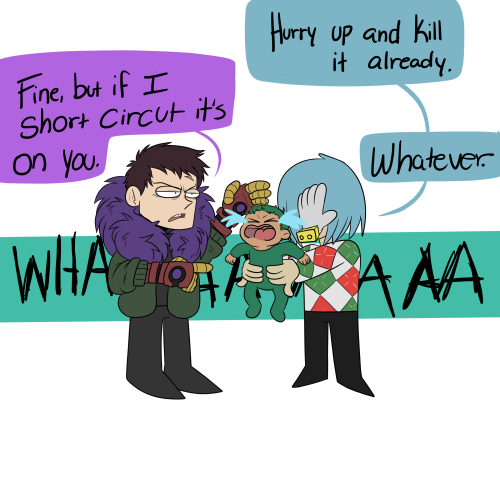 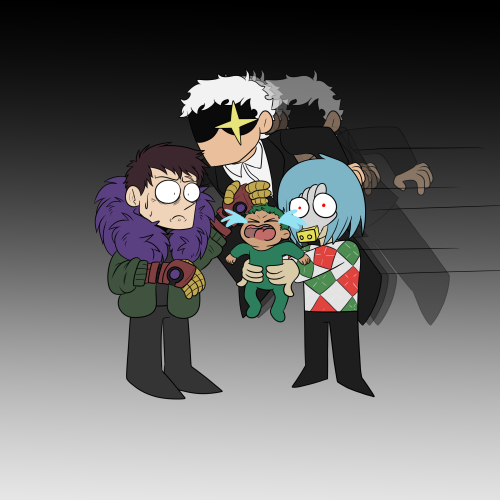 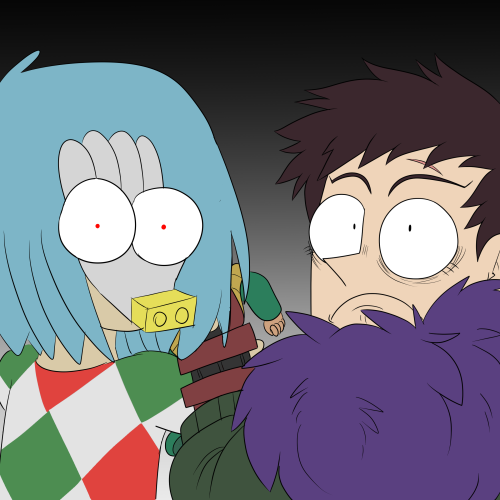 “I think it’s exactly what it looks like, Dear Deku!”

Izuku didn’t get to push off of Shoto in time before Mina was facing them with a camera phone late at night in the common room. Fuck. The green-haired-boy could only stay in the same position he was in, straddles in Shoto’s lap with his arms around the boy making out on the couch. It was 2 a.m. how the hell were they supposed to know that someone would be awake?

“Mina, no, wait!” Midoriya slid from his lap quickly as he tried to chase the pink girl down the hallway, leaving a rather conflicted Shoto on the couch behind to sort of gather his thoughts and process what just happened. Izuku had always been the impulsive one between the two of them so he was quick to react, while the duo-haired boy stayed emotionally delayed on reactions.

“You dug your own grave, you sly dog,” Mina stopped, holding her phone above her head that contained the evidence she needed. After all, she was the main one that had the hunch that something was going on between to two boys. She swore that they were sneaking around but everyone else seemed to think ‘straight until proven gay’, sadly, “Now stop being a big baby!”

“I’m not a big baby,” Growled the greenette in a low tone. He tried to reach to snatch for the phone again, but Mina turned her body before he could to block his access. Brat. And Izuku knew he couldn’t make any noise due to wanting to keep everyone asleep. As well as not alarm any staff that may be working that they were awake. Mina wasn’t exactly making that easy, though. He narrowed his eyes. “Mina, just delete the picture.”

“Why should I?” Asked the pink girl with a curious raise of a brow, “Come on, why would you guys hide when there is nothing to hide?”

Izuku said nothing at first, and sensing someone behind him he turned to see Shoto there, head a little bowed, with the same expression on his face that Izuku held in his. The green-haired-boy stepped back to be by his side, and sort of avoided Mine’s curious stare that volleyed between them for thirty-seconds. Izuku didn’t want to speak. So Shoto did.

“Because we aren’t ready,” he mumbled softly, knowing he was speaking for both him and Izuku, who nodded weakly beside him. He trailed off a bit, and Mina found her expression changing a bit as realization hit her like a truck.

She slowly handed the phone to Izuku.

“Here,” she offered to him, giving him a weak smile of understanding. Izuku swore that he saw a bit of guilt in there as well, but decided not to exactly call attention to it now that there was no need to. But he took the phone, and looked up at Mina who quickly added, “Delete it. I know you won’t believe that I deleted it myself.”

Izuku didn’t bother to reply to that. He deleted the picture, and even checked the first three pictures in the camera roll just in case there were more. And he handed the file back her phone. Mina gave the two boys a nod of her head, as a bidding of farewell, before making her way back to the direction of her dorm room. But before she did, she hears Shoto’s voice call out to her through the dimmed darkness of the halls.

“Mina?” the boy had a tired tone, but a bit of urgency to it. The pinkette turned to look at the two to indicate that they had her attention. “Nobody - um - will know about this, will they?”

Mina looked at them for a moment, as if a bit offended that they would think such a thing. But a second though came into her head that maybe the fact that she had taken a picture of them as proof would cause them to think something like that. She glanced down, seeing the entwined fingers between the two lovers, then back up at their wary and anticipating gazes. She opened her mouth to reassure them;

“No, don’t worry about it. You’re secrets safe with me.”

No one would expect it, if anything, they’d expect him to preform on silks. But no, he’s dabbling in the arts of song. As shown from the anime, his voice has range. You can tell even when he’s just talking, honestly. So Adam Lambert would be a perfect fucking match.

The drama and raw emotion of that song could and would be a way for him to get some feelings off his chest and to clear his head. Hell, the song is fucking beautiful who wouldn’t feel rejuvenated after that shit.

It’s in English, so that’d get him bonus points from his teachers. It’d also be great practice and a nice way to explore music from English artists since he seems to be interested.

He also has piano fingers so like… Piano cover as well? I think so. It’d be the most emotional and powerful performance in the entire fucking show, hence why it’s last. Sero would put his heart and soul into each note of the piano and each high note he’d sing. Absolute POWER in that mans voice.

Everyone would either leave crying or shocked. Because cmon, Sero is the plainest looking bastard and no one and i mean NO ONE would expect such talent and passion from him.

It’s just him, a spotlight, a grand piano, and an almost pitch-black auditorium. His raven hair covering his face as he slams his fingers onto the keys to begin the blast of energetic music into the crowd. Then, slowly, the notes get softer as he leans into the mic, his hair sliding forward against his shoulders. Parting his lips to begin, the sweetest of sounds flow out with the lyrics. Quiet, slow, then up into a high note full of emotion right off the bat. The pure volume of his voice echoes through the room, sending shivers down the audience’s spines. Once he reaches the end of the performance and his voice lowers, the spotlight begins to fade out as he’s seen hiding a few tears behind his long hair. It’s very common for performers and pianists to get so vulnerable on stage and so attached to the piece that they begin to cry. I believe this would happen with him too, even if he didn’t notice the tears.


And that was why, thank you for coming to my TEDtalk.

💙 What is their perfect date?