Repost from @fbairprogram.
Oakland artist Carrie Lederer is also a gardener. Her work explores the interconnectedness of the natural world and the universe, and how we are all a part of that too. What sorts of connections to nature and the universe are you experiencing right now, on daily walks around your neighborhood, from looking at the night stars, or perhaps working in your own garden?🔗✨🔮🌼🪐🌱🌷💫🐦🌲🌝🔗@carrielederer #fbairprogram
…🌸
@fbairprogram Thank you to the moon and back for this amazing and wonderful opportunity, what an honor. Creating my project for FaceBook was a total paradigm shift— working on a larger-than-life scale that envelops the viewer was an extraordinary experience, exhilarating and SO MUCH FUN! 🙏💗🍃🦋🌸🌈✨🥰🙏
.
.
#art #mural #contemporaryart #fremont #carrielederer #artofinstagram #bayareaart #muralart #mixedmedia #mixedmediaart #natureart #universe #interconnected #humanexperience #forestart #oaklandartist #naturalworld #natureappreciation #artandnature #natureinspiredart #natureartwork #magicalart
https://www.instagram.com/p/B-vSpEtBLaS/?igshid=p5vvfihqn8fy

A wonderful image of a common local bird, the Grackle.

located a short 5 min walk from the walls of the old city is the section of town called Getsemani.

Getsemaní has shaken off it’s gritty reputation, and turned to street-art as a way of incorporating the voice of local residents and artists into the fabric and the narrative of the city streets 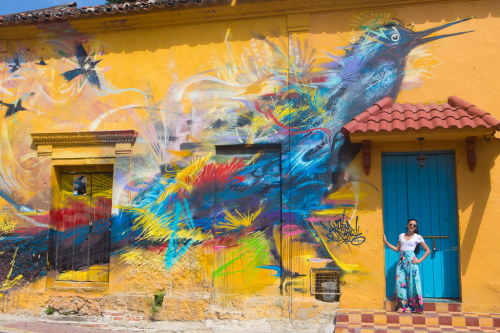 Pixie Pixel, 59/100X by cg “Chasing the Light”
Via Flickr:
found this lap siding wall with a mural painted on it, about 6 foot tall and 9 foot long. 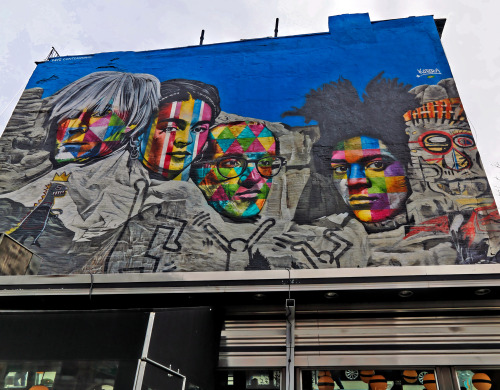 Maxilie Martel, aka Mono Sourcil, is an accomplished practitioner in painting and sculpture as well as performance and installation art, but she told Art Public Montreal she’s has found street art and graffiti to be more free and intuitive. Monosourcil uses the often mono browed characters of her caricatures to express her vision of the individual in Western society. Her ideas are sometimes expressed as solitary individuals, and sometimes in large groups of characters, as with the approximately 55 figures making up this composition off of Prince Arthur St in the alley between Clark and St Laurent Blvd, completed in 2017 for @MuralFestival in Montreal.  @monosourcilone/ 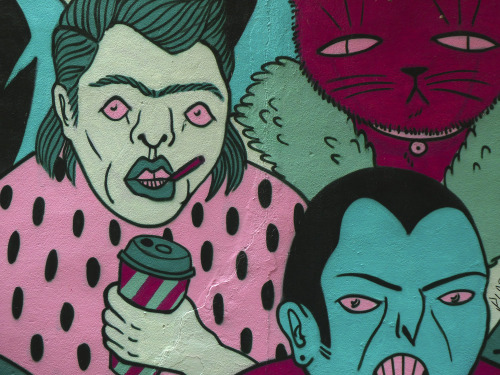 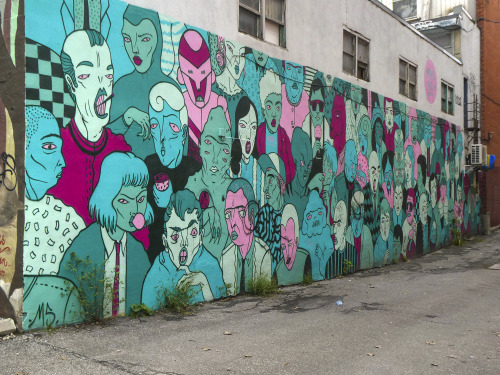 Mural of Buju painted in 2017 on a wall in Rockfort during his incarceration in a US by an artist called Pedro. It appears on a wall which has a number of street art murals and highlights the temporary nature of works.

In 2019, Pepsi Jamaica embarked on a advertising marketing campaign to promote their fizzy drink brand in Jamaica using the slogan JamaiCan. This was incorporated into large hand-painted mural style advertisements that mimic street art.

It would appear that Pepsi wanted to capitalize on Buju Banton’s release which made him one the most talked about Jamaican reggae artist in 2019 placing the mural in Rockfort right up to the Buju Banton mural. 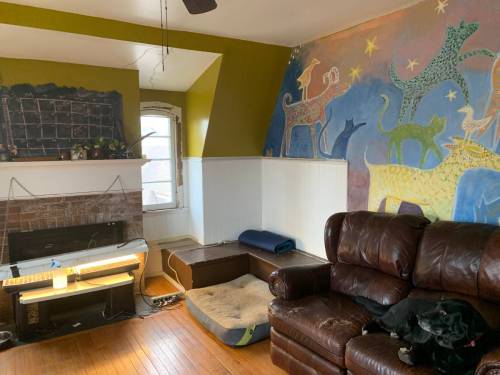 It is weird to be looking at this now. I took this picture a week before the scary Nashville tornado that took place. I am realizing how much this mural and those words can mean to the people who went through it. At the time it did mean as much to me, but now it means so much to so many people. 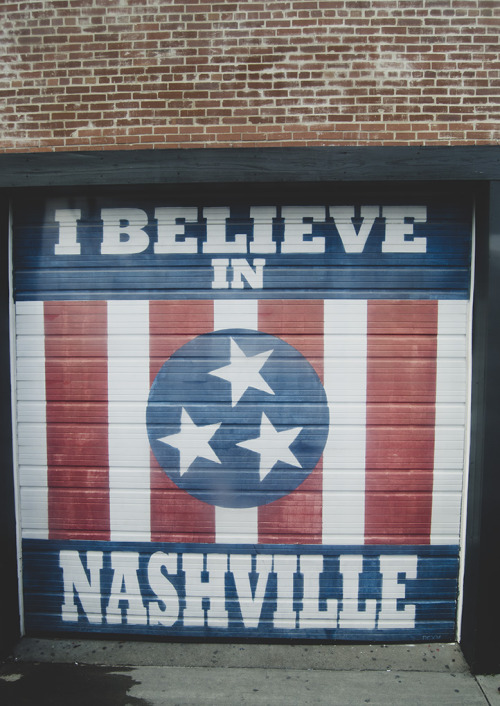 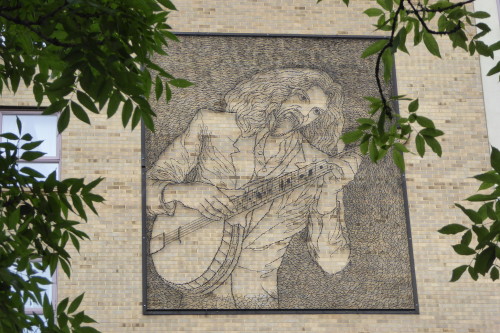 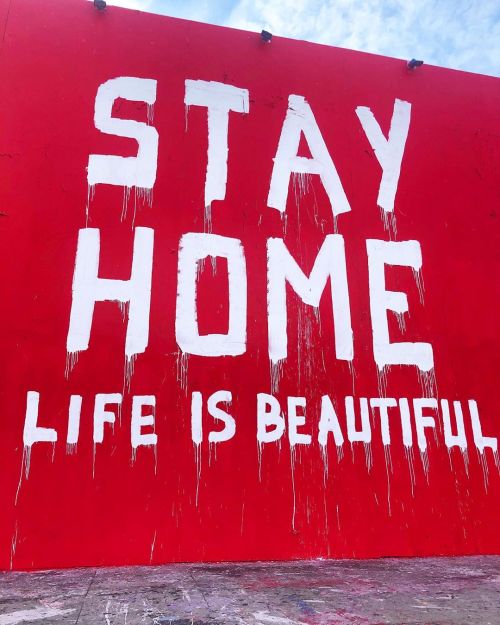 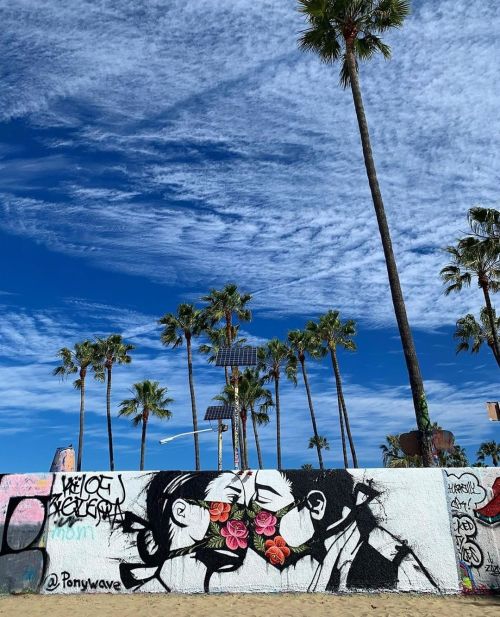 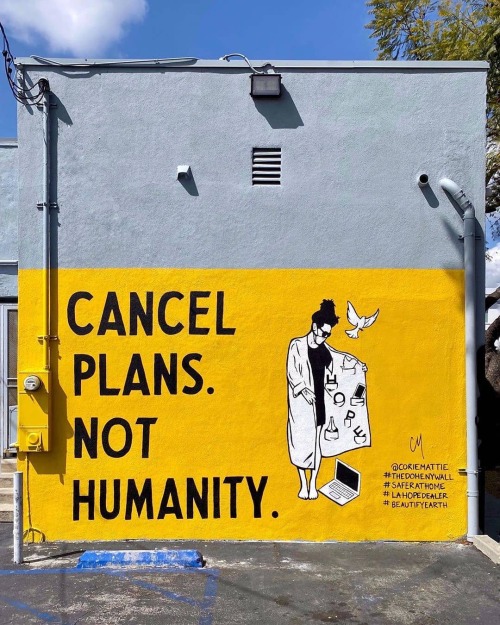 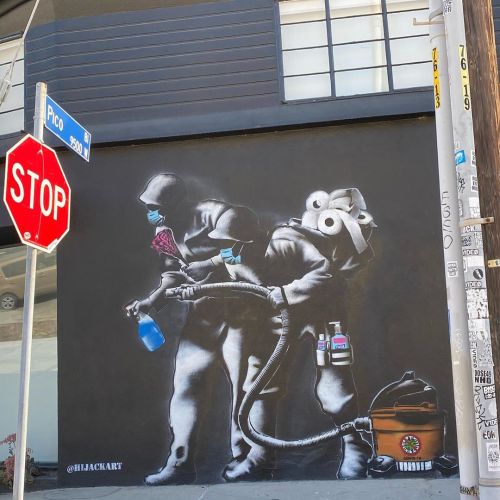 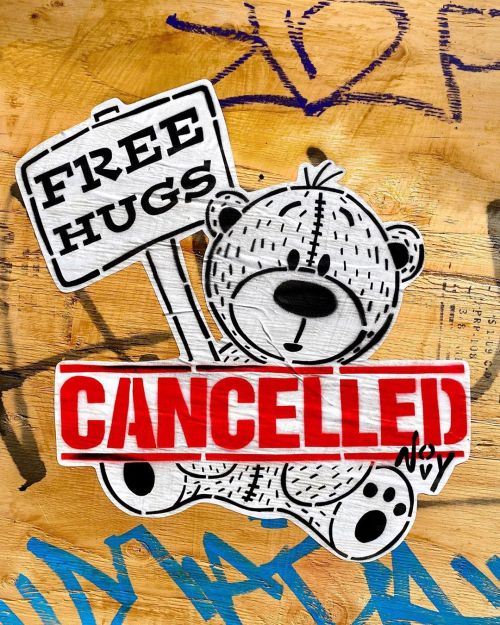 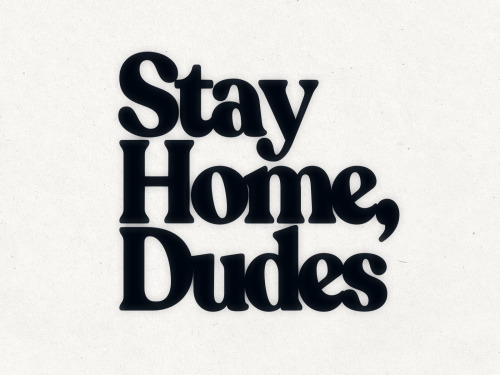 Brought the new paint back home. Gathered all the cadets in one of the barracks and taught them how to properly paint a room. Thought the job would go faster if we all pitched in, you know? And it’s just generally a good skill to have.

Got them all set up and ready to go when I got an urgent call for help from Lieutenant Mitaka about a broken water fountain in the yoga room.

I told the cadets to go ahead and start painting and I’d be right back to help. I was only gone for about an hour, but when I came back, there was a gorgeous mural on the wall of several stormtroopers lined up in front of a First Order flag. Especially impressive because I only left them, like, three colors.

I think we’re going to have to start advanced art classes. Some of thees kids could be real assets to the PR department. They could make some beautiful propaganda posters.

Side wall of a long, narrow late Victorian-era terrace house in the “gun-barrel” style. Enmore. 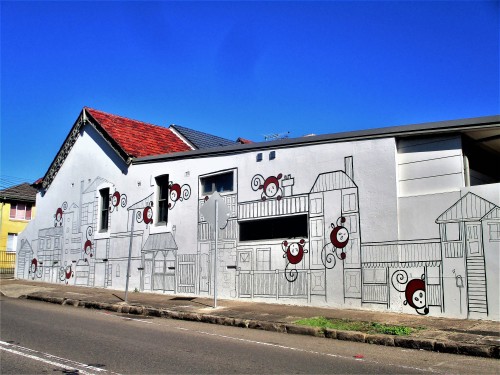 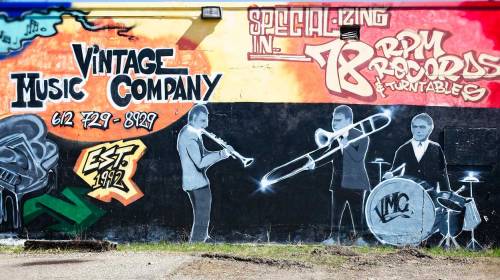 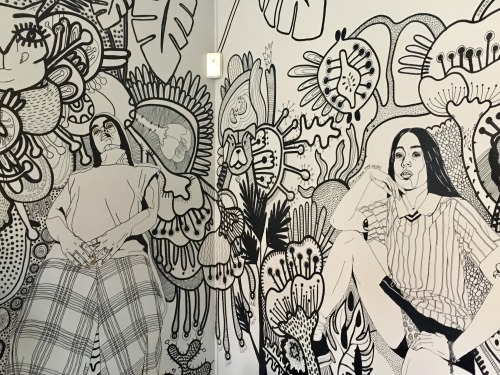 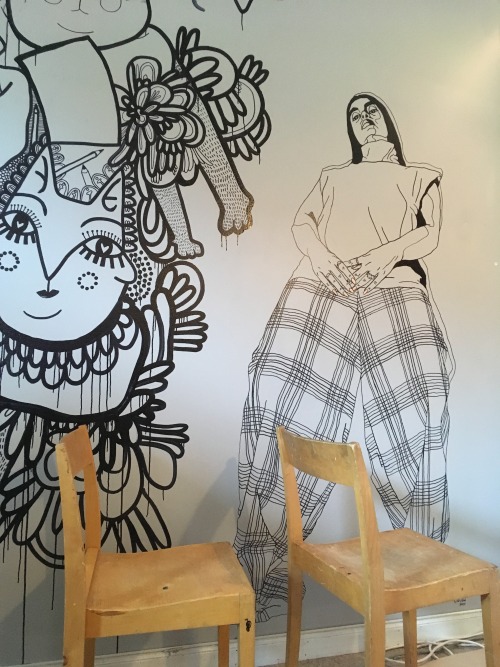 I spend everyday trying to get better. I WIill never give up! I dont want you to give up either find out who you are and never let her go! #artistinbarbados #mural #30 (at Artist Made Barbados)
https://www.instagram.com/p/B-rwBQdg7Ac/?igshid=1ac7d43txmmcc 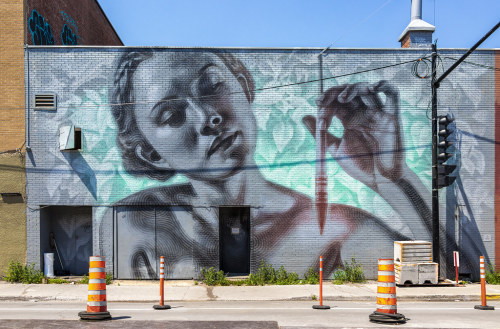