Are we going to ignore the fact SJM said she was sobbing at the end then immediately said she was rooting for Nesta. Like is Nesta going to die?

Nesta said ‘Off with his head’ when decapitating the King of Hybern. Queen.

I’m so excited for all of the beautiful Nesta, Nessian and ACOSF art all the talented tumblrs are going to create after ACOSF release!!! Flex your creative fingers you beauts! 😘

Sjm said that in Acofs there would be many sex scenes, but she did not say that they would all be nessian. So…

Will they have lovers? Opinions?

“Should I be worried you’re trying to poison me, Nes?” Cyrus asked as he quirked an eyebrow upwards at the other. “I don’t normally drink things this color. What’s even in this anyways?”

Summary: ACOTAR The Outsiders AU that no one asked for. The Illyrians are under attack from a new, vague threat. A chance meeting causes sparks.

Cassian watched the powder-blue Mercedes pull away from the curb and then turned to eye Rhys. Rhys dug back into his hamburger, focused on the wrapper he balled up and stuffed into the paper bag. Avoiding Cass’ eye.

“Well?” Cass asked, to which Rhys merely grunted and continued chewing. “You’re not gonna tell me why you wanna protect the feelings of some stuck up Soc bitch?”

“Nope,” Rhys said simply. Cassian rocked his head back and rolled his eyes in exasperation. If Rhys wanted to fuck a Soc, that was his business, but Cass wanted no part of it.

Can we just take a moment to realize that the girl that Feyre doomed, Clare, was Nesta’s friend?

I don’t want to see any anti-Nesta fan dating anyone three years older or younger than them.

Or… should Nesta not have been expected to be Feyre’s mom at the age of 11?

i feel like some nesta stans are only able to stan nesta because they twist her actions to always have a good or hidden reasoning behind it, and therefore theyve convinced themselves that in all ways, she’s actually this great person? which sure, maybe she is, but the reason i’ve always liked nesta is that sometimes she’s just genuinely mean lol. i don’t want her to be a nice person at heart who was misunderstood all along, i want her to be a bitch with her whole chest. that’s a valid personality trait if you’re gonna be surrounded by people like the ic who deserve to get bullied every now and then (as long as she’s not actively hurting people, which come on,,,she doesn’t)

#as long as she's punching up instead of down who gives a fuck, #a court of silver flames, #nesta archeron, #acosf, #nessian, #nesta
41 notes · See All
my-mad-fan-diaryText

Nesta’s healing arc should end with her realizing she deserves an apology from some people and deciding she will never again take less than being respected.

The thing about “wondering if the people she hurt would still love her” better be about Feyre, because nobody else deserves Nesta feeling so unworthy of love like that. Specially Cassian, who literally told her she was unlovable and Elain, who didn’t even bother trying to help her once.

I hope it’s about Feyre, and only because Feyre was the one to exile her and Nesta might get to a point in her recovery where she realizes she actually wants to be with her sisters, and wonders if Feyre would be willing to change her mind or their relationship is lost forever.

I don’t want Nesta thanking Feyre for the exile UNDER ANY CIRCUMSTANCES.

Nesta’s an asshole and that’s okay ✨

Trying to bring some positivity to the stans! 😘

Let’s face it. Calling Nesta an asshole was a bad move for many reasons. But we know sjm loves Nesta and she’s extremely attached to this story on so many levels. I just think sjm didn’t have her mindful filter in when she said it. Let’s face it though guys…though we know why, and we do not judge her and we understand and defend Nesta…She can be purposefully mean. Defence mechanism I know. I love her anyway. I’m not going to call her an asshole or a bitch because those terms run alongside internalized misogyny etc. But guys Nesta can find someone’s weakness and wrap it up in a bundle of daggers and throws it for the kill. (I personally love it in one way) at the same time she needs to heal, it’s not healthy to constantly feel the need lash out to protect yourself.

In the exclusive of ACOSF. Our girl is bitter. She is fucking angry and they’ve just given her a banishing. You know what I’d lash out a be a fucking asshole too with all the shit she’s dealing with. You lash out my queen! Bloody show them every part of you that is raging and broken, you make them see you and what has happened to you and let it all out so you can heal! We call know Cassian will take it, he’s not afraid of her, hell he’s probably riling her up to get that out of her. So no calling her an asshole not a good move but hey I support Nesta letting it all out.

This is her book of healing!!!! She’s going to be an “epic hero” (already is to me from her past heroic actions) buts she going to come out of it all with the sun shining on her. Remember the synopsis. “Feyres sister Nesta shines…”

We’re getting a book of Nesta and Nessian!!!

I understand the worry. I’m choosing not to let it ruin this gift we are getting.

Personally. I’m okay with Nesta apologising to Feyre and even to Cassian and even to her father’s grave.

She isn’t a villain she isn’t solely to blame but she must heal. She isn’t completely innocent she played her part. And for her to see that and choose to grow and to try and fix her part in those relationships I think shows great strength and beauty in her character. She needs so much closure and healing and love.

What we need is for others to realise how they played their part. How badly they treated her.

Feyre (though badly) started to take that miniscule step by admitting she wasn’t there for Nesta in the bonus ACOFAS scene.

We also know SJM said it was interesting to see Feyre and Rhys from other povs. Guys from the sneak peak we saw how much resentment Nesta has for them (with good reason) it’s Nestas pov. I truly believe sjm will stay true to that and really explore it.

What I’m trying not to worry about (but I am) is whilst Nesta is finding herself and healing and owning her actions I want Nesta to hold others accountable too. And I think she will. She’s a bloody queen and will stand up for herself.

Let’s try not to over think and worry. These live chats are just let downs on information and it’s a chit chat. After the last one I have chosen not to watch them anymore cause they’re barely spoken about and when they are it’s usually repeated or son can’t say too much and she’s trying to dance around everything and not doing the best job of it.

But hey! I love her books and this is going to be my favourite. I just have to believe that.

idk if yall have watched folklore: the long pond studio sessions yet, but there’s this moment around the 51-minute mark where taylor and jack are talking about the meaning of “this is me trying” and i know it’s applicable to a huge amount of people but it applied to nesta word for word especially and i teared up oops

#go watch it Now, #u will cry i promise, #nesta archeron, #nesta, #acosf, #taylor was obviously trying not to cry and so was i, #taylor swift number 1 nesta archeron stan
13 notes · See All
ncssianText

like asshole isn’t necessarily an insult it’s a word used to describe 90% of everyone’s favorite book boys? yall dont have mean girl kinks? anyway i’m so excited bc the best one-liners come from asshole characters and if nesta wants to be a rude bitch for the whole book i think we should let her

Me when it come to the Archeron sisters. Especially Nesta. 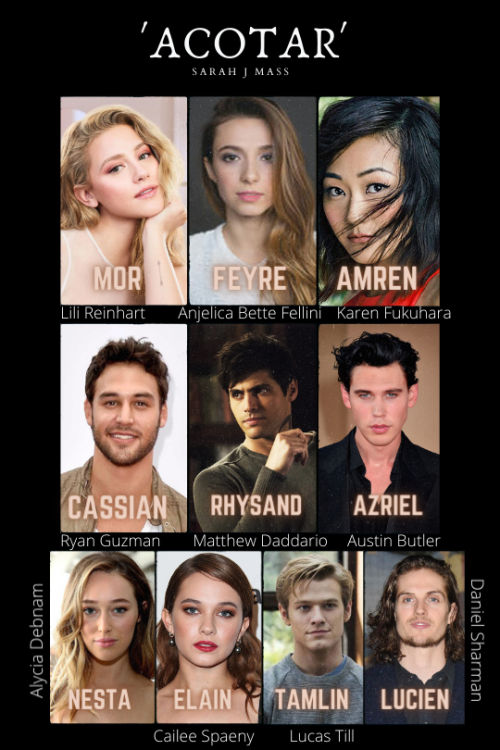 I don’t want Nesta to be a part of the IC and work under Rhysand.

Nesta is a good student. She is good at math obviously, she likes to read. She asked Amren to teach her history because she wanted to learn. She got very disappointed when she didn’t get the results she wanted and she is only 24.

See Nesta is someone who feels everything deeply, when a person like that creates something, whether its art or music , its going to be one of a kind, a masterpiece.

This way she can earn money separate from Feyre too.

People are becoming more worried about ACOSF after the Instagram live but I was always concerned. Personally I feel SJM does not see Nesta the same way stans do (plus she’s still obsessed with feysand), and I honestly think it would either be a great character development for Nesta or just random plots and “asshole” stuff thrown in for fans to gobble it up. I’m really hoping it’s the former because if it’s not …

And if it is something like the latter, with Nesta trying to fit in with the IC and all the concerns stans have posted here, then I’ll be extremely disappointed in SJM. And it’s come to a point where I don’t even have that much expectations than before because looking at how SJM keeps describing the book? Please, don’t ruin this for me.

TBH Nesta Archeron reminds me a lot of Caroline Forbes/Hope Mikaelson/ Lizzie Saltzman/ Bonnie Bennett From the TVD universe. Am I the only one who thinks this???