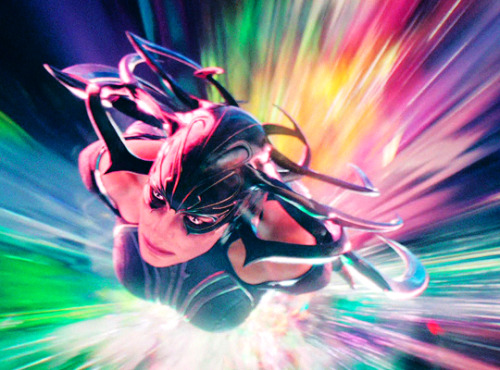 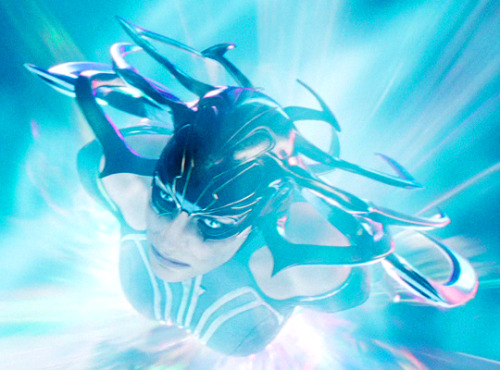 Tom Hiddleston’s pretty face is the only good thing about this film. 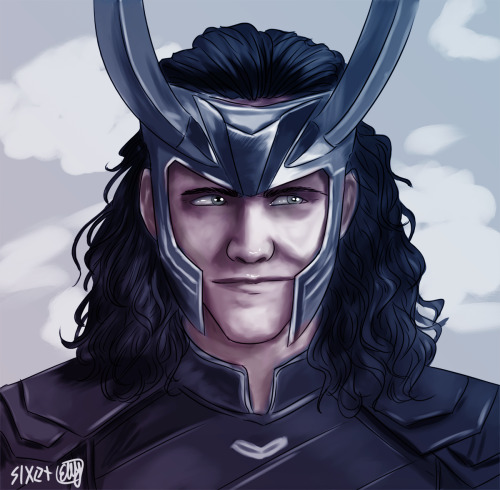 Matt Damon will be part of Thor: Love and Thunder, the actor has confirmed, though it remains unclear in what capacity. On Thor: Ragnarok, Damon played Loki in an Asgardian stage play in the honour of Loki (Tom Hiddleston), who was at the time was disguised as his father Odin (Anthony Hopkins). Damon could possibly be returning to reprise said role, but it might also be a new role in an expanded…

Even after all this time I feel the mighty desire to rewrite the Ragnarok screenplay in a manner that treats all of the characters with their proper respect. But I just… don’t have the time.

And also I am a bit insecure about my screenwriting abilities.

Maybe after I get that Infinity War “once more, with clarity” screenplay/fic posted I’ll give it a go.

Me, as soon as my friends enter the front door:

The fact that Taika Watiti casted Matt Damon again, lmao. Watch pick me fangirls doing the dance and defending both of them. I feel sorry for you and your future daughter or any women circulating around y'all orbits. You’d bend like pretzels to defend ain’t no sh1t man.

A/n: okay so in this fic is set during ragnarok but instead of Bruce being gone for 2 years he’s gone 4 years, Asgard doesn’t get destroyed and Thanos exists but doesn’t show up. Oh and Civil war kinda happens just doesn’t end the same.

Summary:  You were never really close to your dad, you knew he loved you, but he was always too scared to show it because of the Hulk. But then he went missing and you were left all alone.

Growing up with Bruce Banner as your dad went about how you’d expect. He loved you, but he did it from a distance. He never forgot your birthday or Christmas, but he never took the time to actually sit down and celebrate with you. Just a quick “ happy birthday” and a materialistic present left on your nightstand. He never went to any of your concerts or plays, deeming them too “stressful” for him. But your pretty sure it just reminds him of your mother.

Part of it was because he was always so busy with work, solving equations or whatever. But the other reason was because he didn’t trust himself around you. Or rather he doesn’t trust the Hulk around you. There were multiple times when you came into contact with him. And every time you were fine, as the Hulk never once tried to hurt you, but your dad didn’t want to take that chance. So he distanced himself.

Now raising a child is the literal opposite of a stress free environment, but some how he always seemed to manage. But the threat of a Hulk related accident was always looming over the two of you. Causing you both to walk on eggshells around each other for as long as you can remember. But then he joined the Avengers. That’s when life seemed to turn around for the better. The Hulk could come out and play, you had a place to stay, and you didn’t have to worry about setting your dad off every five seconds. Life was good.

Until he went missing.

Now, usually of your dad would leave you alone for a couple of days because of work or he tried looking for a cure, but you always knew when he’d come back. But this time was different. He went missing trying to save Sokovia from Ultron.

You were twelve when your dad went missing. And your sixteen now. It’s been four years since you last seen your father.

Since Sokovia, you have been staying at the Tower with the rest of the Avengers. At first you were devastated, feeling abandoned and mourning the losss of your father. Natasha tried to comfort you, but you weren’t really fond of her. You didn’t trust her from the moment you met her, and if you were being honest ; you hated that she was able to get so close to your father. Wanda had her own things going on, so she didn’t really have time to deal with your problems. And you didn’t really know Maria all that well. The only woman you truly got along with was Pepper. She was really the one who helped you through that rough patch. And because you were so close to Pepper, you formed a bond with Tony. At first it was merely saying hi in the hallway, but then it progressed to watching him make his suits and listening to music.

After a while you really started warming up to the team, Steve helped you with your history, Clint tried to get you into archery, you helped Thor with Midgardian customs, Wanda with adjustments. You were still weary about Natasha. But everything was really coming together. Even when it got a little shaky (the accords) everything seemed to work out okay. Bucky and Sam joined the team and you got along fine with them, Bucky joined you and Thor to catch up with the stuff he missed.

Even you grew as a person. You went from that shy twelve year old to this outspoken,sarcastic sixteen year old. You got more into performing and music than science and physics but the whole team had your back. It was an inside joke among them that Bruce banners daughter was the exact opposite of him.

Even though everything was okay in your life, you still really missed your dad. You still had hope that one day you’ll wake up and he would be there in the lab, helping Tony solve world hunger or whatever they do.

You eventually had that reunion with your dad, just not the way you expected it to be.

@wildhoneyprose mentioned wanting to know more about my current WIP, the god of thunder is actually a bull in a china shop, and I’ve decided to make a full post on it because this fic was super fun to write!

So the god of thunder is actually a bull in a china shop is actually the first reader insert fic that I wrote. My friend’s birthday was coming up and Dr. Strange and Thor are her some of her favorite characters so I decided to write about them and try out the reader insert style of writing. My friend absolutely loved the first part when I sent it to her so now I’m working on a second part and third part to it.

For a quick summary, what happens is that the reader is training to be a sorcerer with Dr. Strange and she is present for the scene in Thor Ragnarok where Strange and Thor have their conversation. The reader isn’t supposed to be eavesdropping but she is. After Thor leaves, she and Strange have to clean up the mess Thor’s hammer made as it flew it his grip and the mess from all the spilled alcohol. It’s a fun little piece that basically just keeps pace with the scene from Ragnarok. The second part involves the reader learning the lesson of having a calm emotional state and balance in all things in order to keep her hold on the magic when she’s doing spells. The third part is the reader and Dr. Strange running into Thor again but I haven’t really thought that far ahead on it so it’s just a vague idea right now. 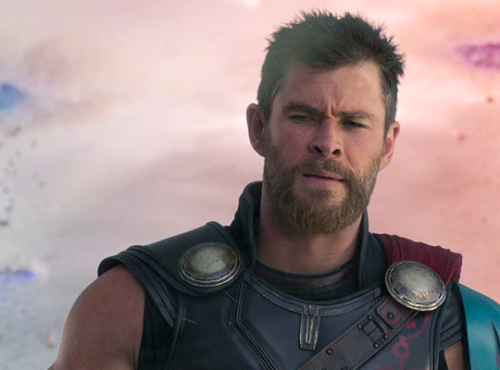 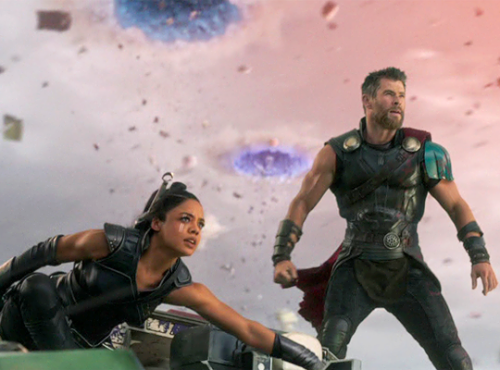 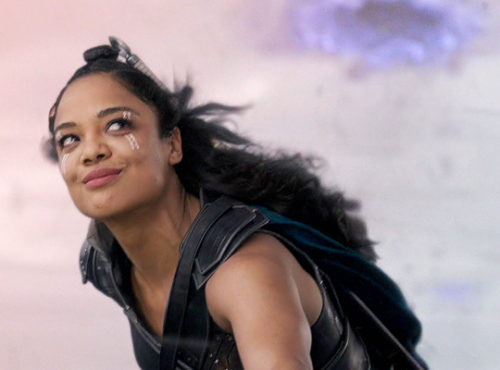 like bitch I can’t tell you how many times I’ve watched these films just in the last week. I’ve watched Ragnarok 3 times today, just like as background noise.

ok, can we talk about how sexy Cate Blanchett’s voice is?

To be so burdened…

Sis: “Thor has all this. What’s Loki’s ability?”

Me: “He makes the immigrant song play in the background.”

They: “That’s the most epic superhero ability ever.”

Genres: Folk Rock, Blues Rock, Hard Rock
The third album into my Led Zeppelin marathon- and I’m loving every song of it.
This album starts with the great Immigrant Song (That I recognised from Thor: Ragnarok), which is my favourite of this album.
I am pretty sure that after listening to this album and the two before it, Led Zeppelin have become my favourite classic rock band. I’ve still got 5 studio albums and one “Rarities Compilation” album to go through- I’m sure I’ll love them even better then!

My favourite songs include: Immigrant Song, Celebration Day, and Since I’ve been Loving You, but I loved every single song.
Definitely go listen to it if you haven’t!

Not much to add. I just care him.

When they keep talking shit about Loki.