Oscar: Accidentally indulged in too much “me time”.

Oscar: Turns out I’ve been missing for a whole day and the others are searching for me.

❦ Music edit of Neo’s pictures~ If you want one for an icon let the OP know! ❦

Can we just take a moment and appreciate that RoseGarden officially has irrefutable evidence that at least one party likes the other? 🌹❤️💚🧡🖤🌲

I mean, for years, we’ve hoped, speculated, and fantasized this ship becoming canon…

That maybe, perhaps, something could eventually spark between the two…

And finally, we got this:

I don’t care what you say or think about RoseGarden, but I believe this to be rock-hard evidence that Oscar likes Ruby. And I hope that she’ll reciprocate the feelings soon. 😌🙏🏻 But patience is a virtue with these two.

Oscar Being Reminded Of His Fate As Ozma’s Vessel

Oscar: I’m just going to be another one of his lives, aren’t I?
Ruby: Of course not. You’re your own person.
Qrow: Don’t lie to him, Ruby. We’re better than that…

Time for our volume 6 opening analysis because I am loving making these.

This may be one of the most important things here. Everyone here is recovering from tragedy, and doing better at the start of the volume, and they’re about to face difficulty with that again, it’s important for them to understand that there will be those pockets of hope, and that hopefully eventually they can make it through this.

I really like this attention to silver eyes and the urgency of learning how to use them.

I have some theories about who this is referring to, what mainly comes to mind is Ozpin and Oscar, who are being forced together. Ozpin amd Salem is also a decent guess, as they bear a lot of similarities due to their past.

Lightning again, what is with lightning?

I’m really interested in the comparison of Ozpin to a tree. People have compared Ozpin to Odin, and I think that is one of Oz’s biggest influences outside of, well… Oz. He has a raven and a crow to serve as his eyes, one of them has left him resulting in that eye being “blinded” (Salem even says “the last eye is blinded” when she thinks Qrow is dead)

So when it comes to Norse myth, trees are big. Like, the world tree is what connects these different worlds. I don’t know what Willow trees symbolize, but I would imagine it has a lot of meaning here. They’re really tall, but also associated with sadness… kinda like Ozpin and his story.

Oscar, on the other hand, isn’t Ozpin. He is still trying to find his way in this world and he has so much on his plate, and it doesn’t help that everyone already treats him as Ozpin.

That’s… actually not good. I am really worried about that choice of words being used the same volume as we see the moon literally get blasted apart by the God of Darkness

What is it with Lightning and storm symbolism in RWBY? I really wanna know.

Also, dreams and flowers come up a lot too, but ill screenshot those references some other time.

In some instances lightning sounds like its talking about the strength of the heroes (we are lightning), other times it refers seemingly to danger (a storm is growing deadly, strike me with bolts of lightning)

Stubbornness (the lightning doesnt take advice from anyone)

And miraculous hope? (Always hoping that a lightning bolt is gonna save you from this gravity)

The only thing I see in common is power, but I’m curious to see if someone else has an idea.

Just having a Pinehead crack moment:

I AM NOT A BABY

THAT IS A BABY.

Someone tell me I’m wrong, I dare you.

That scene from the opening does happen in show. Its just the reverse shot. Blink and youll miss it 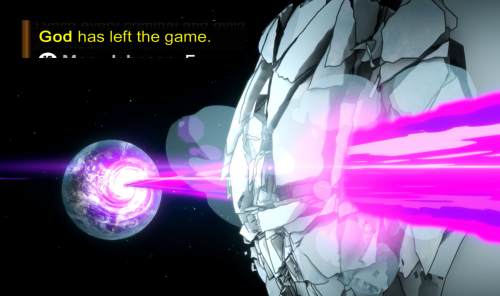 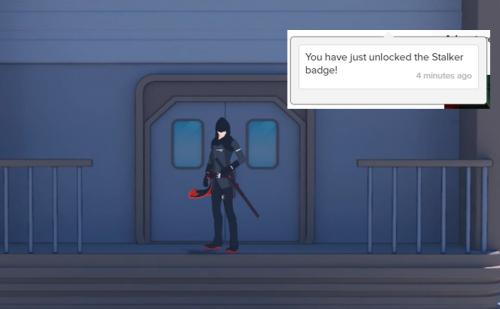 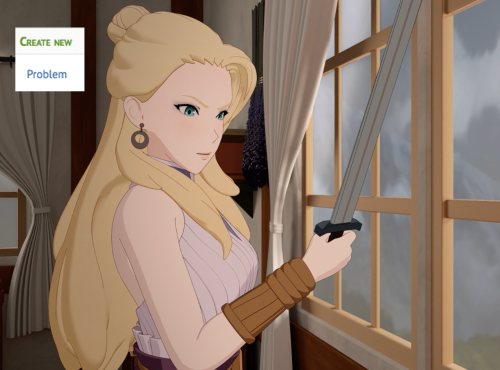 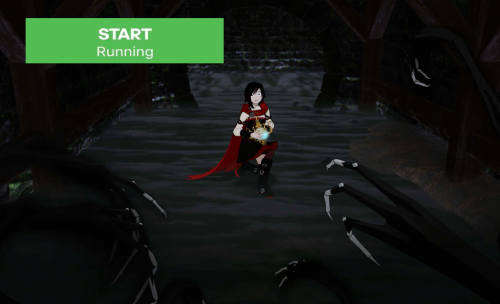 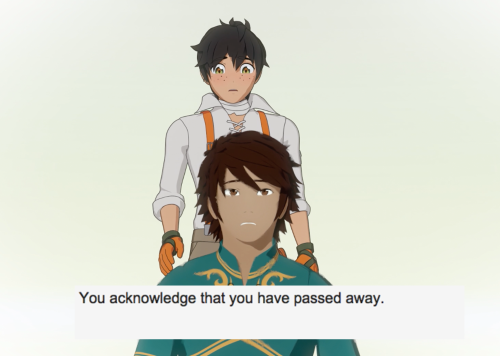 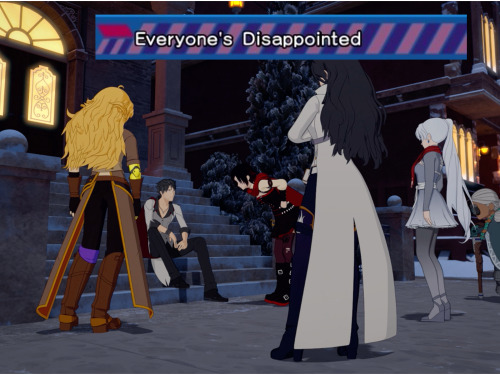 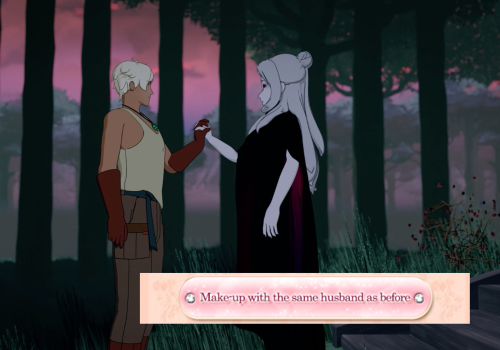 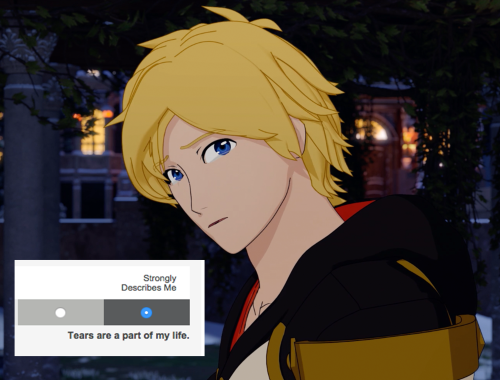 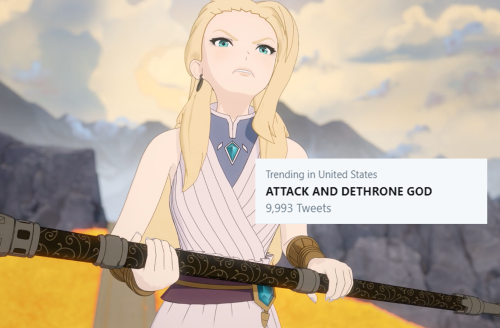 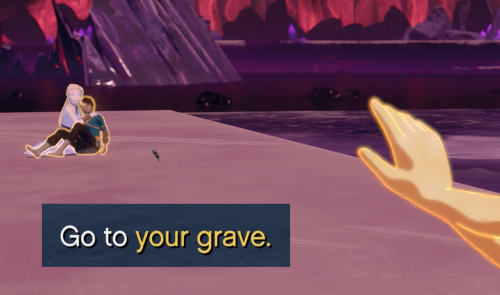 Okay, confession time? I… Really don’t know why Maria exists. RWBY already had a pretty severe character bloat problem even before volume seven. Yes, they split off from Team JNR for part of season six (which was a great choice in my opinion,) but they still had quite a few characters who hadn’t been developed much yet, like Oscar or even Nora. So while they cut Nora out for half a season to spend more time on the main four, Oscar/Oz, and Qrow, they also added in Maria, which took time away from them.

I understand adding characters for a specific purpose even if you already have main characters who you aren’t developing, but I just can’t figure out what functionality Maria has that couldn’t have been given to someone else.

What Maria brings to the table: She’s a longtime Hunter and can therefore guide the children. She also has clearly been through a lot, and is able to make the kids think about the real toll of the job they’re all pursuing. She knows more about the region than the kids. She knows about the Silver Eyes and can teach Ruby how they work.

But do you know who else has literally all of that?

Qrow. Qrow is a longtime Hunter and established guide to the children, he shepherded them around and did the work of seeking out other hunters while in Haven, the kids seemed to like him and were willing to work with him, and he was capable for the most part. He had also clearly been through a lot, with having lost Summer and Raven both, having a passive semblance that made his life worse, and struggling with alcoholism and depression. He had also just gotten injured and almost died, and had seemed to take it in his stride as if it’s happened before. Qrow is one hundred percent able to fill the roll of making the kids think about the true toll of being Hunters, but also is able to represent a long time member of Oz’s inner circle and the toll that takes at the same time. He seemed knowledgeable of Mistral and knew where to find people and it’d follow that he had been around the other Kingdoms and outside of them. Maria points them towards a trail? Qrow could’ve just as easily known about that trail. And he was close friends with Summer, the Silver Eyed Warrior. He was the one who info dumped to Ruby originally about her Silver Eyes, the fact that they were special and had special powers, and also that it was dangerous to have them. Ruby asked Maria how they worked, but Qrow didn’t need to have had the power himself to tell Ruby how her Silver Eyes worked and how to use them. He likely knows, since he and Summer were so close, and he’s already been their info dump and story teller for magic things.

I really don’t understand why they didn’t just have Qrow also know about the trail they should take rather than adding a new character, because he fits the rest of the role. Qrow was the story teller, faulty role model, the one with knowledge of SEW, and the long-time Hunter. And yes, his alcoholism was harmful to him and made him less capable, but CRWBY could’ve addressed that without giving his functions as a character to someone else, and then having Ruby tell him that they don’t need him and don’t care about his opinion at all (you know, when he was saying they shouldn’t unnecessarily steal a plane.)

Maybe they just wanted someone to read the journals at Brunswick farms, while they had Qrow drinking, so he couldn’t do that. But you know who could’ve done that? Literally any of the others. Maybe Oscar could’ve been the one reading the journals, give him something to do. Or maybe they wanted someone around to tell Qrow he wasn’t doing good enough? But then again, I’m pretty sure no one can berate Qrow more than Qrow himself already does, so he filled that role already too. Also, as a disclaimer, I know Qrow was punching children in V6 but 1. CRWBY just shouldn’t have done that, and 2. They didn’t frame that as wrong (even though it obviously is,) so it’s not like they wanted to make Qrow a bad person and therefore had to replace his role.

I know this got sarcastic near the end, but if anyone has any insight into what reason they think Maria was brought in outside of diminishing Qrow’s role, I’d actually be interested in hearing it. I could’ve just missed something. 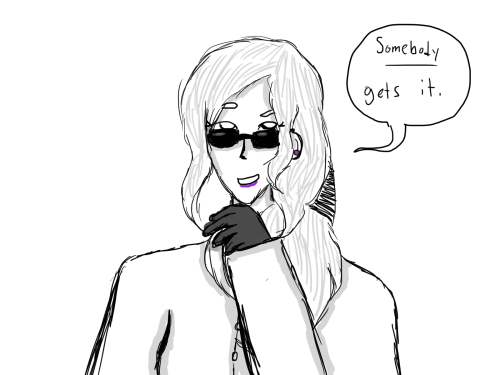 Neopolitan in the original airing of Volume 6 Chapter 5: The Coming Storm

The Blu-Ray release of RWBY Volume 6