Move to the city with me

I don’t wanna be alone

JJ was clingy, anyone could tell you that. He was always touching you in some way whether it be an arm around your waist or hand-holding or fingers trailing down your arms. Especially right now when the two of you were at a party at the Boneyard. He knew that you could take care of your self, but he has seen the way some people behaved once they were drunk or high or both, and he couldn’t help but worry about you.

“JJ, I think that I can walk to the keg by myself,” you said trying to wiggle out of his grasp and get a refill for your beer.

“Girls go to the bathroom with each other for protection so think of this as the same thing. I’m your keg buddy.” JJ said nudging your shoulder with a playful smirk.

“You’re being ridiculous. Do you not trust me to not make-out with some random guy on the way to get some more beer?” your voice was accusatory as you were genuinely confused as to why JJ couldn’t seem to leave you alone when you at a party.

“No, (y/n) that’s not it all. I completely trust you, it’s the other people here that I don’t trust. I mean people like Rafe Cameron are here and he’s fucking crazy. I just don’t want you to get hurt so please let me go with you.” JJ said looking at you with his big blue eyes which were slightly glazed over as if he were on the verge of tears and his lips were downturned in a pout. He looked so cute that you instantly agreed to let him go with you.

“You’re too cute for your own good, do you know that Maybank?” you said leaning up to press a kiss against his lips. His arms tightened around your waist and brought you flush against his body.

“JJ, what about my beer,” you said pulling back from the kiss slightly breathless, your hands resting against JJ’s chest.

“I’m much better than any damn beer, princess,” he said reconnecting your lips in another kiss.

You’re too pretty for me

JJ’s clinginess came from more places than his desire to protect you. He believed that you were too good for him and that one day you would figure it out and leave him. But in the meantime, he decided he would shower you in as much love as possible.

“JJ, stop that it tickles.” you laughed as he pressed sloppy kisses all over your face.

“Hmm… let me think, no,” he said as he continued to press kisses all over you from your cheek to your lips to your neck. You tilted your neck to give him better access as he left open-mouthed kisses over the junction between your neck and shoulder.

“You’re so beautiful, ” JJ said against your neck, his tone suddenly introspective. “Why are you even with me?”

“What are you talking about?” you said pulling away from him so that you could look in his eyes.

“You have so much going for you and you could have anyone you’d want so why me. I’m nothing compared to you,” he said and you noticed that tears were welling in his eyes.

“Why would you say that about yourself? You are not nothing JJ. You are the best person I know, and the Pogues, we would literally be nothing without you. You make us laugh when we’re taking things too seriously, and we all know that you would do anything for us. You are the glue of our friend group.” you said and as you became more emotional, your voice began to rise. “So don’t sit there and say that you’re nothing because we need you. I need you.”

He was silent for a moment before he threw himself at you, digging his face into your neck, and wrapping his arms tightly around you as his body shook with sobs. Your heart broke at the sight of the strongest boy you knew falling apart, and you knew at that moment that you would do anything to protect him.

“I love you,” JJ said once he calmed down, and the look in his eyes took your breath away. His eyes were a pale blue, filled with unshed tears, but the intensity they held was beautiful and it lit a fire in the pit of your stomach.

“I love you too,” you said before attaching your lips to his.

Your love is scaring me

No one has ever cared for me

As much as you do

“JJ,” you said, turning around in John B’s hammock so that you could face him.

“What is it, pretty girl?” he said while lacing your fingers together.

“Have you ever thought about our future?”

“What do you mean?” he said, suddenly feeling worried about where the conversation was heading.

“We’re not going to be kids forever, J. One day we’re going to have to grow up and take on responsibilities. I’m scared that I’m not always going to have a place in your life,” you said feeling your eyes well with tears as you imagined a life without JJ.

JJ was speechless as he had genuinely never thought of a life that didn’t include you. Ever since he had met you there was never a moment of his life where he was not with you or thinking of you. That’s when he decided there was never going to be a time where he didn’t need or want you in his life.

“(y/n), you’re always going to be a part of my life. I love you so much that it scares me sometimes. I wouldn’t know what to do without you, I’d go crazy. So as long as you’ll have me, I’m going to be in your life.” JJ said, raising your chin so that you were looking in his eyes. “I’m going to marry you someday.”

“You’re such a sweet talker, ” you said, tears of happiness streaming down your face.

“You love me for it though,”

“Of course, I do,” you said before attaching your lips to his in a tender kiss to which he responded to with equal amounts of tenderness and passion. You wound your fingers into his soft blond hair and gently tugged on the strands. JJ groaned against your lips and strongly gripped your hips.

“Can we get married tomorrow?” he said hoarsely. His pupils were dilated, and the look in his eyes was intense, but the smirk on this face indicated he was joking.

“JJ, no, ” you said laughing before hugging him fiercely, happy that you had found your soulmate and that the both of you had all the time in the world together.

hi bebs hehe. apparently y’all didn’t think i was overdoing it with all the tings in the last chapter, so that’s reassuring lmfao. anyways, enjoy the chaos!

warnings: same old same old + some angst? idk if it counts as angst?

This is the list of the shows that I’ve binged since the start of the lockdown in India. There are many shows which came out years ago but I got to watch them just during these 4 months because I have nothing else to do.

13. Killer Inside - The mind of Aaron Hernandez (Netflix)

28. The most interesting person-Kenny Sebastian (Netflix)

i just finished the last season of dark

The main character is passionated with drawings and always go out with a sketchbook ? I love them.
And more seriously, go read or watch Hilda. It’s beautiful and poetic. The design are perhaps more simple, but the atmosphere of the whole series is a must seen. It’s one of theses cartoons I would have loved in my childhood. And now, I take inspiration in this for my animated work.

Hilda © Luke Pearson
Artwork made by me 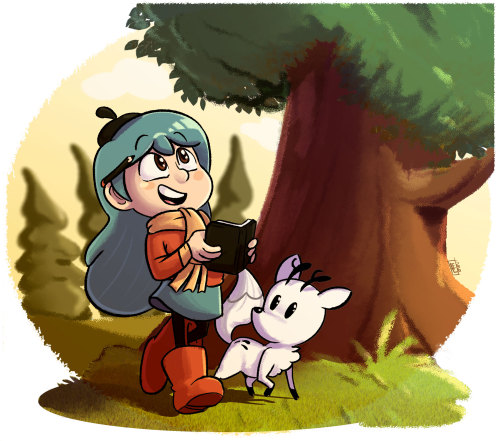 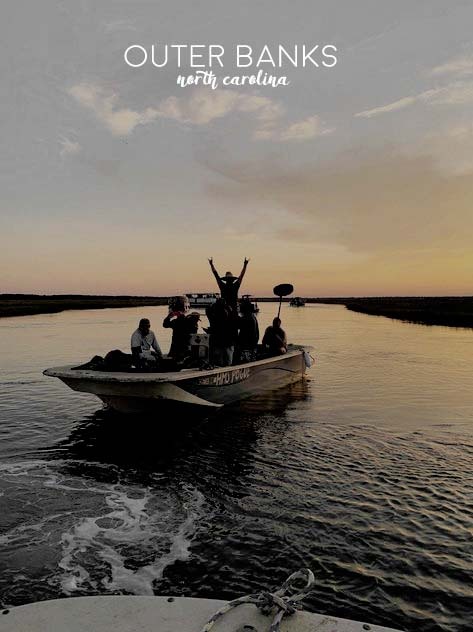 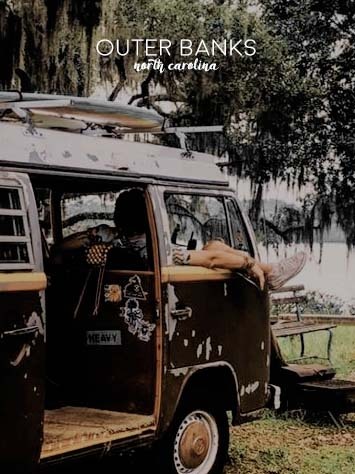 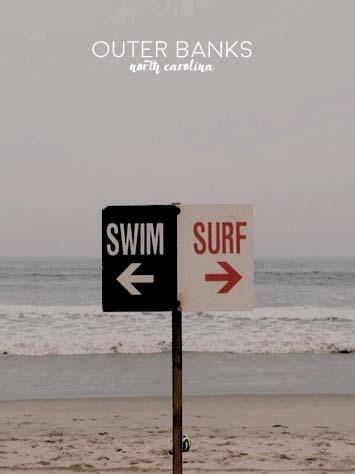 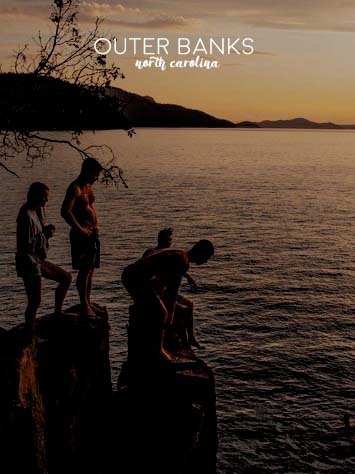 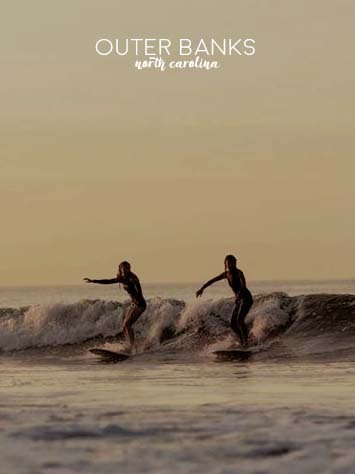 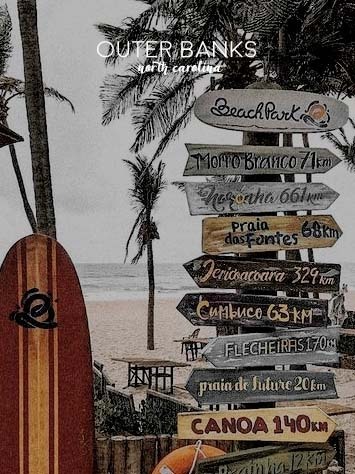 Rafe has the Billy Hargrove affect. They’re a shit person but everyone loves them because they’re a pretty boy with a ✨sad home life✨

Currently watching oitnb and i really love the show, but fuck is lolly annoying.

Unpopular opinion, and I might get some hate for this: Death Note Netflix version was good.

It wasn’t a great movie, I’d say 4/5 stars, but it was still ok. They did some stuff I didn’t like, L in public, Light having morals, white washing almost everything ect.

They did have some good bit that I really did likee however, Ryuk looked amazing, Misa’s character was fantastic, Light’s plan at the end was a true Kira move (at least in my eyes) and I cannot begin to explain how much I love what they did with Wammys.

And to add to my point, they didn’t have to copy the series completely. It felt more like an alternative path of Death Note rather than a reboot if I’m being honest. And that’s fine, if they want to diverge from the source material a bit, it’s ok, and they’re actually doing it well. It’s not as good as the original but it’s still a good movie, aside for the white washing, you really couldn’t have kept AT LEAST the last name huh. I mean, Ryuk is still a shinigami so at least they kept that bit.

Also, I want the second one to have Near, Mello AND Matt. Make Mello and Near L’s sons as a nod to that scrapped idea and if you’re going to fuck with everyone else’s race, make sure the three of them are anything EXCEPT white. Or you can make Matt Mello’s dog. I’d be cool with dog Matt, so long as he’s wearing sunglasses.

TLDR: I thought the Netflix’s Death Note movie had some good parts, even if it had some awful parts, it was still a good movie and I await the second one.

Summary: Someone needed to put the Doppler freak on her place

Da 5 Bloods is the new Spike Lee joint starring Chadwick Boseman, Delroy Lindo, Clarke Peters and Jonathan Majors which follows Four African American vets battle the forces of man and nature when they return to Vietnam seeking the remains of their fallen squad leader and the gold fortune he helped them hide. The movie is an Netflix Original and a follow up of Spike after his win at the Oscars. It also a major Movie for Chadwick Boseman after his turn as the Black Panther in the marvel universe.

Da 5 bloods is an interesting take on the whole Vietnam or American war. It is expected as the director Spike Lee can be very vocal about Political subjects in his films. The film also plays with the genre of a war film being anti-war in many ways. This movie is definitely not Apocalypse Now or any of the movies that have come out. It speaks against the propaganda of war, it shows the aftermath of war and the sheer stupidity of it but more importantly of all it shows the Black perspective.

in season one episode three of Feel Good on Netflix on the way to the hospital George asks Binky to phone Corn- AKA Mae. And in season one episode one George is hiding behind the curtain waiting to talk to Mae as Mae calls herself “…a kernel of corn that somebody glued onto some sticks” 4:37. WHICH PROBABLY MEANS THAT GEORGE HEARD MAE CALL HER ENGLAND’S ROSE WHICH IS SUPER CUTE & I LOVE THEM