Apollo: Hyacith fell asleep in my lap earlier and kissed me on the cheek when he woke up. I wish he liked me.

Hyacinth: *stares into the camera like on the office* 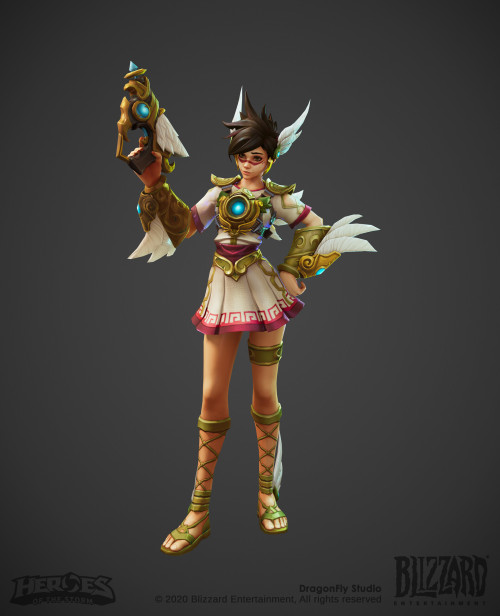 “I ate in the land of the dead.

For I did not know that I could not go

Back up to the living again.”

More sorrow reigned, joy could not be feigned

Persephone had to return

To her dark love not from above

And this her mother did spurn.

Hades’ heart made tender, to her wishes he did render

When he saw the heartbreak of his wife.

So they made a deal to all the gods’ appeal

That would bury Demeter’s strife.

“For two seasons,” he said without treason,

“May Persephone walk above,

For the others that pass I simply ask

She will come back for me to love.”

We need to talk about this. Someone on tiktok that is very well known in the witch community said that when she astral protected, Athena called her a “stupid child” and Aphrodite called her a “disappointment”… And that somehow sat fine with everyone? No one even questioned it? Perhaps Athena and Aphrodite did it for good reason. But to not tell anyone why they would call her those names is INCREDIBLY suspicious. Unless your Gods have repeatedly made clear why they are upset with you, they would never attack you or call anything like that. Please don’t believe anything anyone says on witchtok especially. I’ve been through there and it is so misinformed and UPG-based. Aphrodite, Athena and any God for that matter are capable of being meaner than all hell, but this is not something to take lightly or with no skepticism. Either those are not the Gods she thinks they are (what I believe), or she fucked up ROYALLY.

Apollo: I really fancy myself a woke ass bitch today

Hermes, gliding in on an office chair: you called?

Apollo, talking to Athena: What do we do-

Hermes: *laughing about something in the distance*

Apollo: *sighs* Hey guys! Can you all shut up?!

Hermes: *gives him the finger, but actually does shut up*

Apollo: Thanks, love you! *back to Athena* So anyway-

#apollo, #hermes, #greek gods, #greek mythology, #rambles, #shitpost, #yes, #this is how I write them, #and I love them
3 notes · See All
frustrated-hellenic-witchText

Athena and Ares picking sides in wars to make bets and see who would win:

Athena: I call dibs on being the French revolutionaries

Ares, pouting: NO FAIR I WANTED TO BE THE REBELS

Credits to a friend on Discord.

I was so happy when I discovered more Hermes in my city. This building of First Mutual Credit Society was restorated last year in Saint Petersburg, Russia. In the middle you can see Nike, Poseidon/Neptune on the left (because Saint Petersburg is port city) and, of course, Hermes/Mercury as god of commerce on the right.

I totally get what you are saying (especially the relevancy and representation part because I don’t belong to The Straights™) but personally I think those statements are plain pandering and completely dismiss the cultural context in which Artemis decided to stay a virgin.

The motivation of Artemis for staying a virgin hunting in the woods and punishing men who disrespected her is a totally different thing than “I cannot feel sexual/romantic attraction but I have to live in a society where if you don’t want romance or sex you are ubnormal, so my whole life I felt something was wrong with me.” I don’t see this struggle presented in Artemis’ character and her orientation was never the point of her myths (the decision to stay a virgin was). Plus, aro/ace people can totally have/want relationships and marriage.

Now, in a fantasy world/scenario can you say that Artemis is aro/ace? Definitely. It was never stated that she was not aro/ace and since she didn’t do romantic relationships and marriage you can assume she was. Are Riordan or Smythe hurting the Greek culture by saying that in their stories Artemis has this orientation? I don’t think so.

However, as I said before, it seems like silly pandering to me. I don’t think we should make our own versions/canons for gods and important figures of any culture to feel represented. It’s not polite in the first place, imposing assumptions to those figures because they are so far removed from the current culture and era. I don’t think it is our place, even if we are Greeks and even if we worship the gods. Of course we can still do it (freedom of expression and all). This is me expressing an opinion, not attacking anyone personally.

Additionally, taking figures from cultures and deciding that they are queer in a particular story feels so empty to me. I mean, good for those authors that they make their characters diverse but I don’t feel it has any particular meaning - especially if the statement is made years after the book is out and outside of the book! (To my knowledge).

I want new diverse characters who are closer to me. I want them on movie posters and book covers, becoming the new idols of our generation. How is the “confirmation” of an ancient deity being queer in one book series does that? How am I supposed to relate to an ancient deity who is queer in just one version of an extremely modern story? It’s so generic and at the same time extremely specific. it does nothing to me. It’s like trying to save an old car by slappin on it the newest paint availiable. It would be more satisfying and life changing if you bought a new car.

At the end of the day, those are just my thoughts on the matter… You don’t have to agree with me, of course. I am not here to demand my thoughts become everyone’s thoughts and I don’t aim to police anyone else’s opinion. You are not a bad person if you are happy about what Smythe and Riordan did. I totally understand that some young people who are aro/ace may feel joy knowing that Riordan (and maybe Smythe) considers Artemis aro/ace and this warms my heart. The aro/ace community should be more visible and this blog certainly supports aro/ace people.

TL;DR: It’s not a bad thing what Riordan did but I feel a little weird about it.

Plus size ladies, if you’re partner doesn’t tell you that you look like a Greek goddess (like in older paintings where they are usually more plus sized) they’re not the one!

Hermes: Will you dance with me?

both start doing the macarena

Zeus: So Hades, do you have a crush on someone?

Hades: The only crush i have is crushing anxiety

Artemis, at the store: Excuse me? I lost my brother, Apollo. Can I make an announcement?

*Artemis leans into the mic*

Greek Gods as Random Pictures I Saved in my Phone Pt.2

Hey, weird question, but do y'all think the god of the sea himself, Poseidon, would be a thicc dude? Like, I’m talkin t h i c c. Like, middle-aged dilf thicc. Like, “please choke me with those big fuckin hands” thicc. Like, double cheeked up on a Thursday afternoon, hella ass thicc. But anyway, yeah. I really need an answer.

#Poseidon, #greek gods, #god of the sea, #greek mythology, #thicc, #but wouldn't he be one of the most thicc gods?, #please, #please i just need an answer
2 notes · See All
Next Page