Domestic La Squadra is my favorite!! Like how some people just HC them as being roommates, like it’s just all of these full grown men living together in madness and it’s honestly the best!!

Dan and Matt started taking Neil (and therefore Andrew) out to restaurants and bars just the four of them. Neither Neil nor Andrew has realised that they’ve been going on double dates for past few months. Andrew only goes because Matt insists on paying and he likes to order the most expensive thing on the menu and watch him squirm.

Sometimes Andrew will use one of the knives in his armbands for mundane, domestic shit because he’s too lazy to go and get one from the cutlery drawer. So just, Andrew casually using this wicked ass, sharpened to all fuck knife to cut his toast in half…

On accident one night Frank called Danny a Ninja Noodle, as she was taking a bite of her Ramen soup.  In that moment she laughed so hard that she accidentally spit her bite towards Frank which made her laugh even more, although she felt a little guilty for thinking it was funny.  After that, the nickname stuck and it’s how he always refers to him…

Send 👌 For a Random HC Between Your Muse & Mine

Gabby never cared to know about anyone’s background before him, so now that she’s finding herself bonding to him alone, she peppers (1) random question about his family every so often between normal interactions between them—like out of the blue when she’s washing a dish, or if he’s dozing against her in front of the TV, etc. Even when they were on dueling treadmills side-by-side ( alone of course, no other gym-rats present ).

She’s more interested in his parents than anything, not knowing her own, and has a tiny, un-checked fear if she ever met them they’d see right through her and not accept her. But she’s also careful WHAT she asks Steelbeak, because she also respects his privacy and doesn’t want to pry too deep, so all her questions are harmless things like ‘how did you people do birthdays’ or ‘what kind of things does your mom like to eat’ or ‘does your dad like kung fu movies’…so all her asks are bizarrely innocent, and he tolerates them because they’re ‘cute’ and he just rubs his forehead and answers them with a scoff, amused and confused by her questioning. Once she gets the answer she just goes: “Oh.” and then just resumes the original subject of conversation they were talking about or returns to a shared silence. And the more he willingly tells her, no matter how dumb her questions seem, She randomly offers tidbits of her past to him out of nowhere, but nothing detailed. Like: ‘I used to sleep on the roof at the monastery because it was private, and my pet monkey could be with me.’ or ‘I used to pretend I was secret royalty hidden in a terrible monastery because my parents were in exile.’ or ‘I buried tributes I earned from battle lessons won, so my fellow students wouldn’t rob me out of jealousy. Ironically, I stole from them, but if they were as good as I was, they would have seen that coming.’ But if he ever presses for details, she’d let everything come out like a spigot.

#heedingcalls, #asks, #HAVE A RANDOM HC!, #HEADCANON || GABBY, #🗡GABBY MCSTABBERSON 🗡, #THE WORLD IS NOT ENOUGH BUT IT IS SUCH A PERFECT PLACE TO START || STEELBEAK X GABBY ( heedingcalls ), #IT'S LIKE HEAVEN TAKING THE PLACE OF SOMETHING EVIL & LETTING IT BURN OFF FROM THE RUSH || STEELBEAK x GABBY ( heedingcalls ), #{ I went domestic and FLUFF because no mercy for assholes in love }, #{ It’s already mini-canon between them that they share private details with each other and no one else but... }, #{ I CANT GO LIGHT with Gabby lately she's in a 'tragic past' place lately...AGAIN }
0 notes · See All
hansouloAnswer

oh for sure for sure!! if we’re talking ain’t it a gentle sound then isabella’s definitely broken some bully’s nose on the playground before 💀💀 girl knows what’s up!!!

#now im thinking about him teaching his kids how to throw a right hook fgfhghfghfg, #how domestic, #fr tho imagine him holding up his hands that're like the size of mf baseball mitts and crouching in front of them like 'ok hit me', #'no do it again', #have you seen little kids doing martial arts n stuff like that, #it's so cute but it's so funny, #they're just so Small dfkjdfjkdf, #and carrillo, #is, #not 👁👁, #anon, #ask, #lari speaks, #im such a wh*re for this man it's unreal, #horacio carrillo hc
3 notes · See All
gayshipsText

me and russ learning to slow dance together but its in our living room at like 5pm just after he gets off of work and we have random youtube vibes on the tv instructing us and we spend 20 mins arguing who should take the lead and we keep accidentally kicking each other or stumbling around but its nice because we have some of my vinyls playing in the background and the sun is slowly setting. and like when i go to change or flip the vinyl he just hugs me from behind and kisses my head because he still wants to hold me and-

#rambles, #text, #THIS IS A MESS, #my head is a mess just with fluffy domestic hc with russell
3 notes · See All
mikanshoyoAnswer

fia how dare you but fuck semi bc hes in a band like 👀👀, marry my miracle boy 😍 and kill shirabu IM SORRY

#300 follower event!!, #fia!!, #avery answers!!, #ill reread your domestic hcs fia to get a taste of that sweet married life with my miracle boy
3 notes · See All
littledemondarlingText

//Yes hi hello, we briefly interrupt your sinday shenanigans to bring you: Mun’s Thoughts. Okay, if you’ve been following me for a while you know that Niffty was abused by both her mom and her ex-husband. And since they’re both shitty people it kinda goes without saying that they’re in Hell too.

I’ve been thinking about this for a while, about how Niffty to this day is absolutely terrified that she’ll run into either one or both of her abusers one day. And if she does, all the work she put into creating a new life for herself will just crumble. I think just seeing them again, especially if it’s her mother, Niffty would honestly just shut down.

That being said, I really want to write a drabble or an open starter where this scenario happens. As much as I love Niffty I also live for the Angst™. But yeah, some thoughts I’ve been having. Whether I’ll get around to writing it or not is different thing entirely.

#sal;talks, #anyWAYS, #domestic shinsou hcs tmr 😈 or a todoroki fic idk, #whichever i wanna get out of my drafts first
5 notes · See All
prxst-nPhoto

a squeak and he could have been given away. marble floors there to ruin his chances of being invisible. he wasn’t usually supposed to enter through the front of the house but with the heavy new york rain made walking through the side maid entrance impossible for him unless he wanted to lose his shoes in the mud along with the pants that he was wearing. it was late… he would go unnoticed, right? 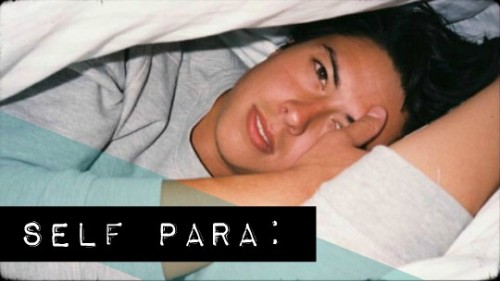 While I understand where you and the anon are coming from, a lot of the writers that are interacting with these rp accounts—I feel—bust their asses constantly by churning out fics and blurbs and the like. It’s honestly nice getting to see them all have a bit of a break and enjoying themselves. But, that’s just my opinion. 🤷🏻‍♀️

#next stop iwa chan, #domestic couple things 🤪, #everyone say thank u kuroo anon for putting me in a sappy mood, #also i’m still posting an osamu fic, #and going through the hcs, #so i’m gonna be posting quite a bit tonight hopefully
16 notes · See All
teenage-mutant-ninja-freakAnswer

Thank you so much, and I encourage everyone to start writing if they feel like it, it’s been such a positive outlet for me
I’ve already got domestic Raph and Mikey so I’ll do Donnie next?

Imagine papa Kageyama having a little girl who looks up to him so much and he’s just her hero. He feels so bad when he has to leave for games because he has to face her big blue eyes and pouting face as her small hands keep reaching out to him and making a grabby motion. He’s gotta stop himself a few times from turning back and missing his plane so he leaves her with a little soft volleyball so she can play while he’s gone

listen ,,,,, as much as mayu can never entirely be ‘tame’ as a person, she ultimately wants a domestic life–or her version of a domestic life. whatever she does it probably won’t be traditional or normal, but what she wants for herself in the future is to settle down with a family and a simple home. kids are on her ‘must have’ list. she wants something that’s hers to cherish and protect.

#okay agAin leave it up to when i sleep HORRIBLY and have to entertain myself these things come up, #also i Absolutely think cameron would suit being a peterson too... i have some domestic hcs brewing in my brain rn i really did get to, #thinking about stuff last night
5 notes · See All
starshaped-raindropsText

[thought:] i remember reading somewhere that a little boy thought his mother’s real name was sweetheart/love/darling/dear because that’s how his father always addressed his wife and now i imagine that to be you, Daichi, and your child

Hi, hun! I haven’t really done domestic hcs before so I hope I did well! Enjoy!

○ Light would really appreciate having more of a traditional household so a stay-at-home wife would be ideal for him although he wouldn’t insist on it if you told him you wanted something else.

○ Much like L, he’d want you to have the best job you could and a high salary would most certainly be expected. Only the best for him and his family would be acceptable.

○ His child’s education would be very important to him so he would go to the greatest lengths to find a school he personally deemed appropriate for his child’s benefit.