Ok so, I know that it’s been a long time since the joint training arc, but I happen to have a very unpopular opinion about the match between Yaomomo and Kendo that I want to share with you guys.

Even though a lot of people complained about Yaomomo losing to Kendo, i thought it was a genius move for her character and here’s why I think that:

After the final exams, we see small moments of Yaomomo slowly gaining more confidence in herself as she helps everyone; one of the biggest examples being her creating a tracker & tracking device which was a game changer in the story since now it’s not the villains but the heroes who know where the enemy is. So I thought Yaomomo was going to keep having these smal victories untill the end of the story and that’s it. But her losing to Kendo made her character developement more realistic and added more depth. Before her match with Kendo, I always saw Yaomomo as this girl who lost her confidence but then after one exam started getting better and never made mistakes. Now she’s a girl who was raised to be an inspiring leader but after a significant moment of defeat, started questioning herself. However, after she hears some inspiring words from a boy, decides to always try her best in her own unique ways which leads to a journey of victory and loss.

And I also think the moment when she created that canon while she was cornered by Kendo, was much more than just a “B*tches love canons.” moment. You see, when Kendo said she didn’t feel like she truly won because Yaomomo created her objects with a purpose I was a bit confused because I thought there was no reason for Kendo to feel that way. However, after rereading the match, I think I understand. Kendo said that that she felt inferior because Yaomomo had a better quirk than her, which is why she left her own team to corner Yaomomo and have a match with her where her quirk would be useless in that situation. However, to Kendo’s suprise, Yaomomo used her quick thinking to turn the situation upside down. Kendo planned to take out Yaomomo and finally feel like she was in the same level as her, but even though she did manage to take out Yaomomo; she also found herself in a situation where she’s away from her team and unable to move freely to go help her team, while Yaomomo’s team is probably wining thanks to Yaomomo’s lucky bag. So even in a situation where Kendo was suppose to have the upper hand; Yaomomo, instead of trying to be the one with advantage, just changed the whole situation in seconds thanks to her quick thinking. Kendo left her team to have this match with Yaomomo and finally feel like she’s not inferior to Momo, while Yaomomo puted her goal to regain that honor of being a recomended student aside and focused on her team. This is why Kendo didn’t feel like she truly won.

Uraraka, streaming, after reading the comments about her body from the Sports Festival: “I hate when females-” so fuck a male. Date a male. Dick in the booty lil’ boy. Also I’m sixteen and all of you are grown men! Leave me alone!

Momo in the background: Cheers to that!

Sexuality headcanon: She has refined lesbian energy for sure

Brotp: Todoroki, Ochako, Tsuyu, basically all of the 1-A girls

Notp: Todoroki (mainly bc they’re just mlm/wlw solidarity to me)

A random headcanon: Momo and Todoroki rant to each other about their crushes and also about what it’s like to grow up with a high class family

General opinion: I really love Momo and I wish she had more spotlight;; She has so much potential and I love her character, I just wish she wasn’t shoved to the side so often. I’d also love to see her become more of a physical close combat fighter, usually she gets put in the background during battles and I’m like NO LET HER FUCK SHIT UP her quirk provides her with endless options. Also someone PLEASE get this girl a better costume I’m begging you

there is no heterosexual explanation for this scene 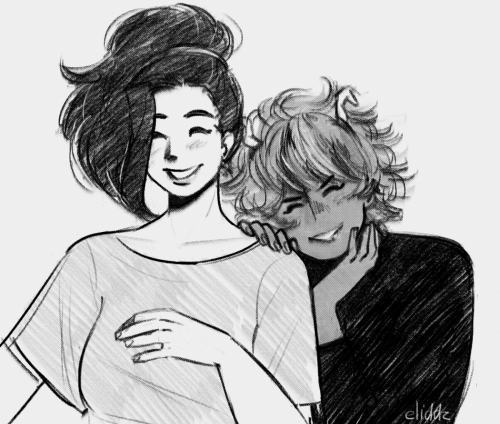 Shigaraki,trapping villain!Momo under a huge laundry basket:Punshined for getting Dom on her island first while we were playing Animal Crossing crimes

Magne:I have no sympathy for this prisoner

Dabi,who would be on the verge of tears if he could still cry:NOOOOOO BABYGIRL 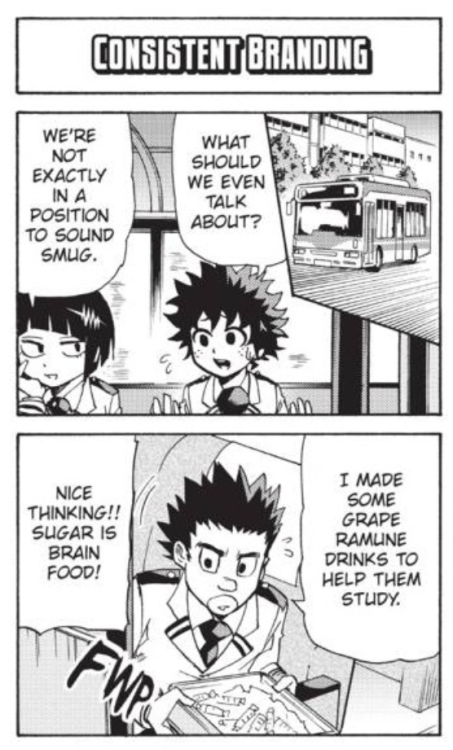 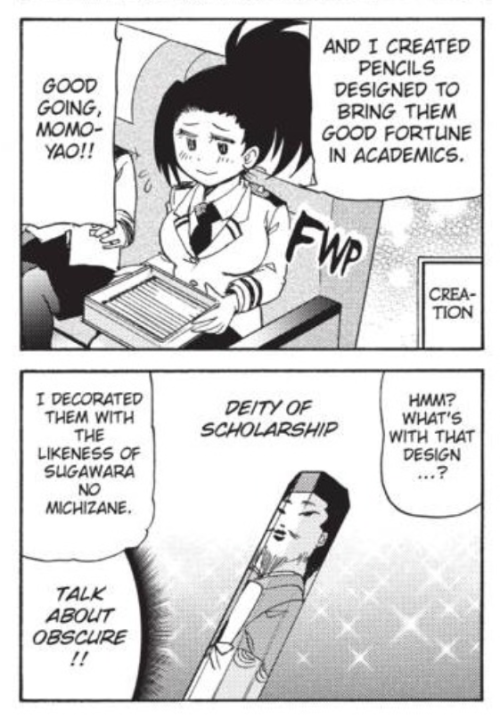 Sorry if you meant a combined flag. I did search for it but there were a few different ones and I didn’t want to get it wrong. If this is the case, feel free to send the request again with the specific flag. Thanks for the request!

New ita bag shrine is all done and I’m super happy with how this turned out!! Took many months to collect all this rare Momo stuff and I’m happy I’ll be able to start carrying this around once I’m done with isolation! 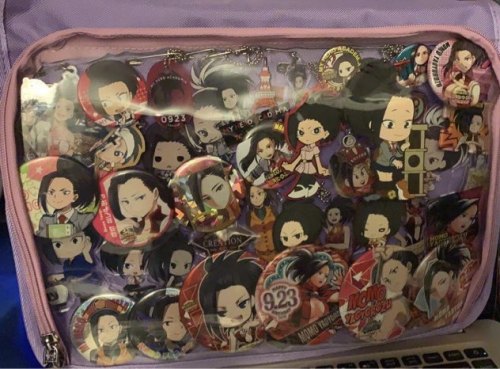 I don’t have a problem I don’t know what y’all are talking about. 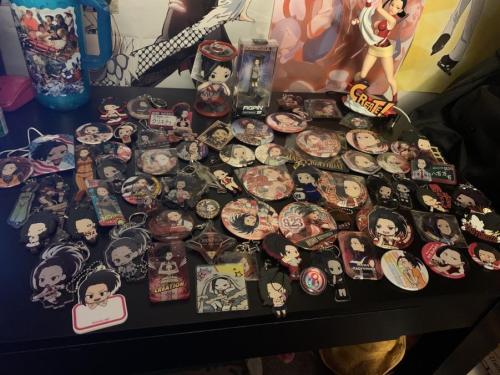 How I imagine their first kiss is gonna be like

Chapter 21: Jirou: In a Heartbeat

An Until Dawn-inspired AU that rotates perspectives between Todoroki, Midoriya, Kaminari, Shinsou, Jirou, Momo, Iida, and Uraraka each chapter. This is a joint fic with @ging-ler​ who also did the artwork

The first room of the hallway stood at the immediate left of the elevator. The door wasn’t locked but still withstood some resistance; rust had coated its handle and hinges. Throwing her shoulder into the push, Jirou dislodged the door and opened it to what seemed like a reception room.

It wasn’t warm or welcoming like the lobby. Instead, the sterile room was designed for efficiency. A sturdy desk littered with punch cards took up most of the space. Behind the desk, several wooden cubbies lined the back wall. Envelopes stuck out from a few of them, denoting them as personal mailboxes. The lone wall decoration was a large time clock where the punch cards were marked for a long day’s work.

This must have been where the miners clocked in every day before starting their grueling work in the mines. Jirou searched through the desk and some of the mailboxes but found little more than daily workplace records.

Her most interesting find was a large board of keys hanging on hooks. The top rows of hooks were labeled with “Shaft” followed by a letter and number combination. Each hook held two available keys - all except for Shaft 1-A, which was missing both. Todoroki held the one Momo discovered earlier that night. She had no guess where the second key could be.

All the subsequent rows of hooks were labeled with “Locker” followed by a number. For every locker, at least one key dangled from its hook. Only one hook was left empty: Locker 290. 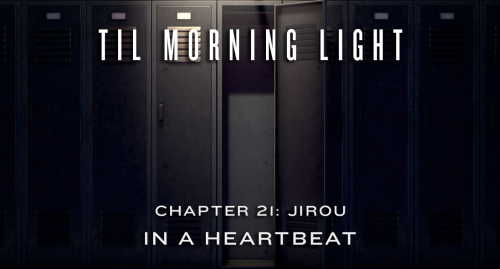 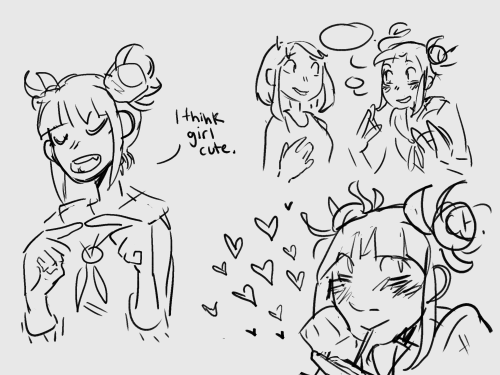 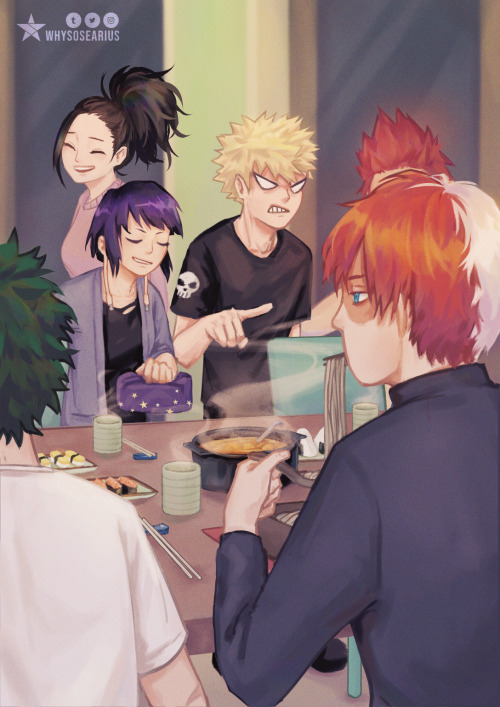 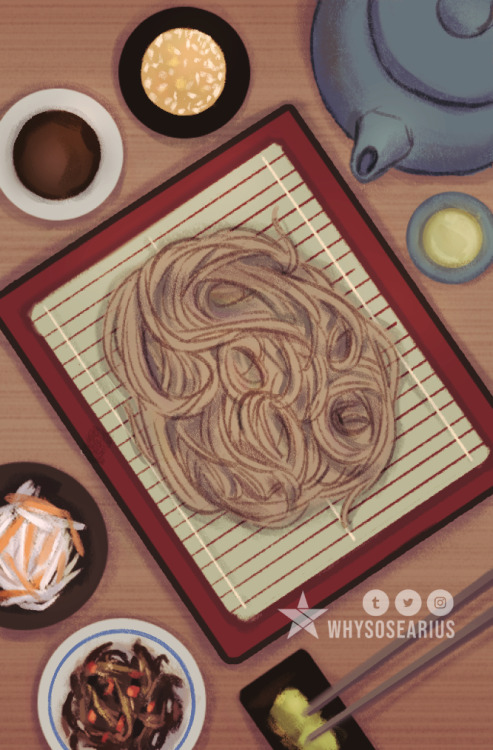 Easy pills to swallow:Making a female character the butt of a joke because ‘she’s never getting her man’ because you think her canon feelings for a male character are unrequited is misogynistic since you’re making fun of a girl all because she has a crush

Momo: How much do you over-think?

Midoriya: Not that much!

Midoriya, texting Uraraka at 3 AM: You ever kill a bug and wonder if their mama is sitting up waiting for them to come home but they’re dead.