Please check out my video!!🍓💘

Hello people of Tumblr! I just posted my fourth video! Please check it out!

It’s about the Juraasic Park novel written by Michael Crichton because I recently read that book. I’d greatly appreciate your views and comments!

I have a YouTube channel about horror movies! Check out my latest video!

HOW TO LOVE EACH ZODIAC SIGN DURING THE VENUS RETROGRADE:

give this video a thumbs up

Footdee is an area of Aberdeen, Scotland known locally by its Scots language name of Fittie. It is an old fishing village at the east end of the harbour. The name is actually folk etymology. Far from being “Foot of the Dee/Fit o the Dee”, it is actually a corruption of a former dedication to a “St Fittick”. The area has had a settlement as far back as the Medieval times and the first recorded reference to the area of Fittie was in the year 1398. This village was slightly further North than where Footdee is now located. Throughout the 19th century, ‘tarry sheds’ were added to the communal land within the squares opposite each dwelling and now every dwelling has its own shed. Originally constructed from drift wood and other found materials, the sheds have been built and rebuilt in an idiosyncratic manner over the years.

Hi to all my followers! So, I recently started making YouTube videos, and I just realized I could be promoting them here. Please check them out. Here are the links to my first three, but there are more to come! Please subscribe; I’d appreciate it!

I am an interior decorating student. This one of a few projects that I turned into videos from slides. If you want to see the slides, it will be linked below. I hope you enjoy these videos. Don’t forget to like, comment, share and subscribe to my channel. 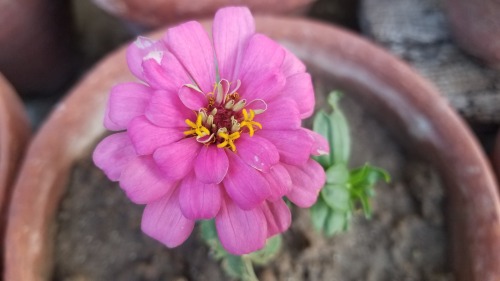 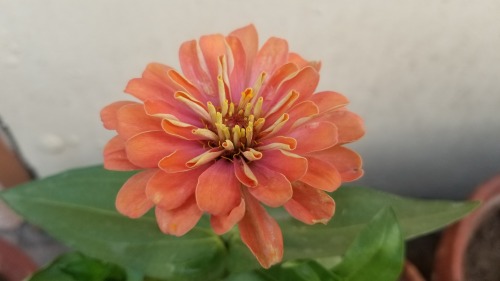 The idea of returning to YouTube is slowly growing stronger. It’s the curiosity that pushes me forward. Questions like: “Could I come back stronger than before? Would I find a form of content that I’d enjoy and want to engage in? Or would the result be the same as before?”

It’s really hard for me to say and I’m having a few ideas on why the whole thing slowly died. I think that the lack of diversity might play a role in it. I hate when things repeat for too long. I like to change the subject of things over times. I thought that skating would last me forever and I still enjoy skating but talking about it got pretty boring after such a long time.

I even had other channels that had other topics like touch typing which I was a great fan of when I received my new keyboard and I wanted to share that but it really didn’t spawn much interest so after a while I was like: “Oh well, I guess this topic isn’t really something a lot of people get hyped up about.” Today I’ve owned this keyboard for such a long time that I barely can remember the time before it so I pretty much take it as given.

Other factors that kept me from uploading

Something else that really kept me from uploading that much was my “slow” internet connection. But in this case I mean, slow like in, I don’t care about a fast connection because the things “that” I do really don’t strain my connection at all. Watching YouTube Clips at 1080p really isn’t very demanding so my 10mbit Connection was absolutely fine. Buuut the thing is that if you have such a slow internet connection, the upload speed is going to be even slower at only 1 single mbit. So every video that was longer than 5 minutes would take friggin hours!! Half an hour clip? Several hours. Since I had a job, I’d usually initiate the upload and then go to work but then it’s not even said that the upload would succeed so that was just frustrating. Also I didn’t like the idea of my computer just running all day just to upload a video.

Another fact was that the whole YouTube thing really didn’t feel very rewarding. It all felt very distanced, since I made Inline skating related videos, I felt like this should really be more personal, like organizing meetups and such. I mean, I’m not complaining, I even had a local fan that I met at a local skate event which was super cool and flattering. That was the point at which I thought to make my YouTube Channel entirely in German….well that worked out great, didn’t it? Apart from that I never dared to take that step….oh well. I guess I was just too afraid to irritate my audience that had followed me for such a long time and be like: “LOL nau everising is in Görman JAA! Lurn Gärman! ROFL!” You know what I mean? That would’ve just been mean and I really didn’t feel like putting in the effort to make two different versions of the same video. I’m just not a fan of doing things twice.

I’d say that jumping on the inline skating bandwagon wasn’t really very difficult. (no offense) The audience and community was already there and all I had to do was to make content on a somewhat regular basis, take part in the community, help people with their inline skating and there I was. I wouldn’t exactly call it cheating but a lot of it had already been done by others so it was a gentle entry into the community and I could test out the waters with only little effort to see if it was something for me.

I still feel a bit bitter about YouTube but to be honest, it’s not really YouTube that I feel so bitter about, it’s the not so obvious dark spots of YouTube that makes me downvote the whole system. But realizing that YouTube has become a bit more businesslike isn’t downright ruining the whole experience. I mean you can still upload your funny videos and show them to your relatives. If you don’t go and upload videos to YouTube in order to become rich and famous, well then you can still enjoy it in ways like in the “old days”.

I thought about going to Vimeo instead but Vimeo is something completely different from Youtube and I’m not “that”.

How to approach it?

So if I were to return to YouTube, what would I want to change? Well first of all, I’d diversify. I wouldn’t dedicate my channel to one single topic, so my uploads could be anything that I enjoy doing. That could be stuff like skating (obviously) but also touch typing, audio equipment, music, food, cars, vlogs, biking, programming, technical stuff. The thing is that I have a lot of stuff that I know only little about but not a single thing that I know a lot about, this reflects just how often I like to switch to new things so obviously my topics are going to be all over the place with things that I recently discovered and am just so hyped up about and go full ham on before it all dies off again and I’ll find something else that is exciting to me.

I feel like I left a lot of things with no closure. For example: I wanted to travel around and visit different skating locations or cities and make videos of me skating in them. I did do that partially with my Berlin videos but I feel like I could have done much more. But you’ll be surprised to hear that I actually did go to other cities and I did actually film myself skating around these places. So why didn’t those videos ever get uploaded to YouTube? I can tell you that it was mostly due to the footage not being what I intended it to be. For example did I go to Schleswig to a local skatepark and I also filmed it but the thing was, it was already “taken” by some very young folks on their scooters. They were interested in me because I had my camera on  a stick with me and wanted to know who I was on YouTube but here in Germany, you’re not allowed to film anyone specifically and since their parents weren’t around I didn’t feel comfortable uploading that footage. In another instance I wanted to skate inside the city of Kiel just to find that it was frigging terrible to skate in. Cobblestone everywhere! It was so made for pedestrians that as a skater you had absolutely no chance of skating there. Which I guess is fine. I mean, I can see why they wouldn’t want any skaters around there. But since there wasn’t much skating going on, I just ditched the whole thing because there just wasn’t anything to see. I also wanted to film the Kiel Bladenight but I just enjoyed the event so much that I didn’t feel like filming since it would take away from the experience. Also due to privacy concerns I didn’t dare to film there. The organizers do take pictures and film things but you’re officially consenting to that when partaking in the event and I don’t have that permit so I’m not even gonna try.

But a lot of times it was just out of sheer lack of money that some videos were scrapped, at least indirectly. Try to sell a video that contains you with super bad gear that is keeping you from having a good time because you don’t have any money to replace your gear. While I was active on youtube, a lot of times I didn’t have any money whatsoever. I was more or less constantly broke, had no money, lived off the government so getting new gear, certainly wasn’t my top priority at that time. Well it was but I wouldn’t have been able to afford it anyway.

So what is the future gonna hold?

That’s the question, at this point I don’t even know whether or not I actually will make a new Youtube Account or not. I know that I feel like doing it but what I actually want to do, I don’t know yet. So it could also just be me talking about a thing that I’ll never do so don’t get your hopes up. It’s not gonna be me skating, that’s for sure so if you came for the skating videos, then you might get dissapointed. Also I don’t know if I’ll be making more videos in English or if I will revert to videos in German. It really depends on the content. Maybe I’ll make videos in English and others in German depending on the content and for what audience I think I’ll be making it. But yeah, the channel is created now let’s see what it’s going to evolve into.

My cat ate my earphones so probably the next video won’t be having voice over. 😢

My new video is FINALLY up!!