A fresh trim is a rare commodity these days…

Finna cheat on my barber 🤫 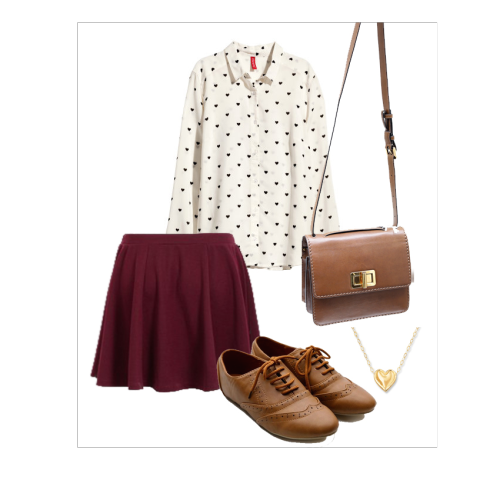 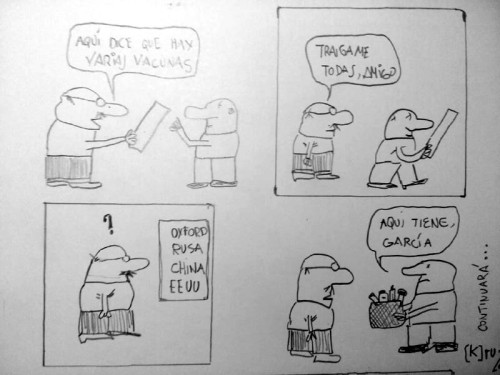 Another in my series of paintings around Oxford; here’s the Exeter College library. 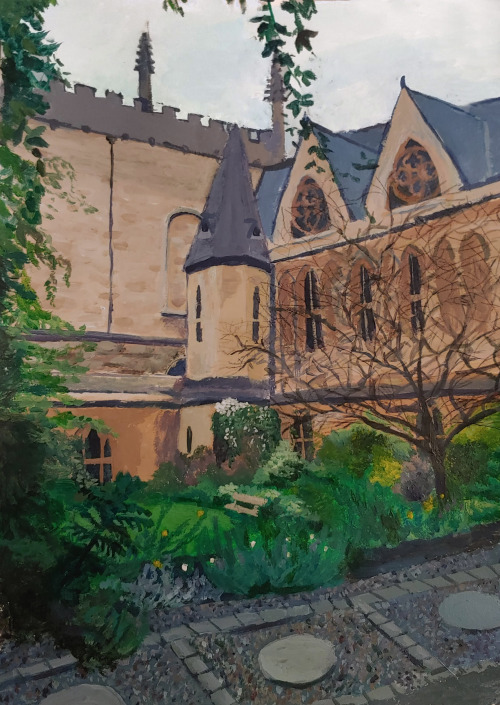 #This is the fairytale-est bit of Oxford I've seen, #this is a view through a gate off the quad, #you look in and it's like !!! secret garden, #Oxford, #art
43 notes · See All
bluebellravenText

Time for an Oxford tour with His Dark Materials!

The latest episode of HDM had a lot of beautiful footage of Oxford; I can’t miss a chance to fangirl about this city, so prepare for a lil lockdown-friendly tour.

I’m only talking about the locations here, so no worries, mostly spoiler-friendly ;)

This is the first time Lyra visits “our” Oxford, and the first time we get to see the central city in the series. (Before we’ve mostly seen Lyra’s version of Oxford, which was quite similar to ours, but with some lovely creative CGI.)

Alright, we start with the obligatory shot of Radcliffe square - the very centre of Oxford. The round building to the left is Radcliffe Camera, part of the almighty Bodleian Libraries; to the right is Brasenose College, and in the background is the University Church of St Mary the Virgin (you can climb the tower and admire the views).

Lyra walks towards the main quod of the Bodleian. The corner to the left is the garden of Exeter College - prototype of Lyra’s Jordan College; remember this spot for a second. However in this version Jordan was mostly filmed in New College; Lyra seems to notice its tower and starts running towards it. So far so good, surprisingly realistic geography for a movie (although, admittedly, that already sets the bar pretty low for Oxford movies - they just inexplicably hate the real street layouts…)

The camera swooshes through the Bridge of Sighs to show Lyra running towards New College (with the Sheldonian Theatre, where university ceremonies and big lectures are held, in the background) and then into the narrow passage eventually leading to Holywell street. However - alas, movie geography strikes at last - Lyra and Will are transported into northern Oxford; although this does make sense under the circumstances, since Lyra wasn’t supposed to find “New” Jordan…

Instead the rushes through Green Templeton College and is left staring across the desolation at the very round and glassy Blavatnik School of Government.

The next time we see Will and Lyra, they are back in the centre and sitting at the wall of Exeter College (the “book Jordan”) - that’s the very corner that Lyra ran past in the beginning.

A beautiful spot with prime views of central Oxford - you can see the All Souls College library and spires beyond the round Radcliffe Camera, and to the left the main quod of the Bodleian Library. (Yes Harry Potter was filmed there, and yes it’s really that pretty, the only CGI is flying books.)

We get a better view of All Souls Spires a bit later - Lyra and Will are walking along the New College walls (this is where Lyra would have arrived if she just kept running past the Bridge of Sighs).

… and since I have ran out of Tumblr picture allowance and time I can go without sleep, this has to be the end of part 1. Coming soon: the amazing museums and the (sigh) fake Botanic Garden :)

FUCK people who hate on people who use Oxford commas. They (the people and the punctuation) are VALID and DESERVE LOVE AND SUPPORT. For the past few weeks I’ve been in a real groove with this blog, writing up the match report section during the live broadcast like a sports journalist and then posting within half an hour of the gong. This is all very meaningless and unimpressive in the grand scheme of things, of course, but it has given me a sense of achievement and been very useful in my quest to write 1667 words a day for NaNoWriMo.

One of the reasons behind my newfound speed has been the ability to get the introduction fully written before the episode starts. However, I do not yet know who is playing tonight - and I don’t know why the BBC seems intent on hiding this information till the last possible moment - so I can’t properly do the section yet.

But I’m not going to let that stop me…

We’re probably due an Oxbridge College, seeing as we’ve gone two episodes without one, so let’s chuck one of them in there. Both sides will have a mascot that they likely think is amusing but is at best slightly inscrutable for the general audience. In terms of contestants we’ll have at least six white guys, someone with a hoodie on, someone dressed incredibly formally, some questionable haircuts and some decent pairs of glasses. That should just about cover it, so without further ado, lets get on with it; here’s your first starter for ten.

I was right about the Oxbridge team - we’ve got Merton on from Oxford - and they’re playing Warwick. I was wrong about the mascots - Warwick don’t even have one, the lazy lumps. Merton are fielding a reserve, who is the child of the Bristol captain from a few years ago.

Butchart kicks things off for the Oxonians by identifying a description of the recycling logo O Siochain grabs the next and Merton are dancing merrily into an early lead. Warwick won’t mind though, they are well used to coming from behind, having languished in the negatives for the start of their previous match.

The Irishman negs the next question, allowing Braid to pick up Warwick’s first points with bivalve. They tie the game, but Le Maistre wins the picture round with an Old English translation of Girl, Woman, Other, a fantastic book, to take the lead back. Braid weaves some more magic following a second O Siochain neg, and the lead goes back to the Avonsiders. One of their bonuses is a very difficult question on Nasi Goreng, which very few people not from Indonesia will have got I imagine.

Both sides miss a starter which teaches me that Tommy Dorsey’s nickname was The Sentimental Gentleman of Swing, which is a bit of a bloody mouthful. O Siochain takes his third neg of the match - he must be going for Sherlock’s record from a few episodes ago. I feel cheated on one of the bonuses, which references Mildenhall, because I know which county its in from the lyrics to a Shins song, but the question sneakily (and somewhat needlessly) requires a compass direction as well as the county.

Isotta takes a brace of starters to bring Merton back in the game. On a chemical elements bonus set he argued for Russia as the progenetor of the name dubnium, but is overruled with Ireland (Paxman is confused as to where they got that answer from, but I think its pretty obvious). The answer was Russia, and Merton’s poor bonusing overall has been letting them down.

Its not quite a Rout at this point, but the Warwick captain looks very comfortable as he takes a couple of starters, putting his side on twice as many points as their Oxford rivals. Game over, and we’re down to four Oxbridge teams already, which is interesting.

Warwick end the match playing with complete freedom and no fear, a style exemplified by a three-word buzz from Braid, who is having a fine match. If they played the whole match with such confidence Merton would have been blown away.

Some decent buzzes from Merton, but they were hopeless on the bonuses, and when Warwick got their teeth stuck in they looked formidable. Hopefully we’ll know who’s playing before the start next week because I don’t think I’d get away with recycling this intro. I’m not even sure I’ve gotten away with it this week.