One day I’ll be able to articulate the words of you that leave me speechless and in awe of God’s divine love for me.

I found myself, by unmasking the hidden truth deep within my soul.✨💫 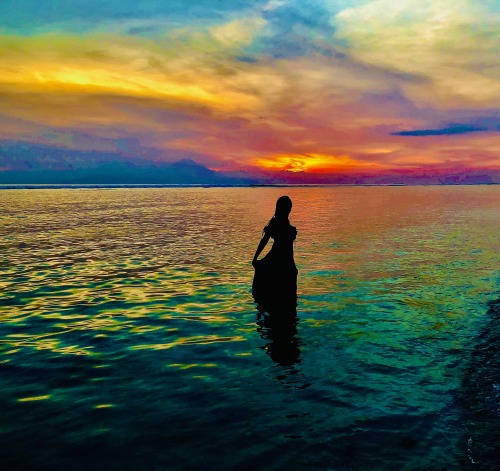 Sitting outside in the fresh cold air, smoking Marijuana and scrolling through Tumblr is such a Therapy.

Behold, I stand at the door and knock; if anyone hears My voice and opens the door, I will come in to him and will dine with him, and he with Me.

An encouraging message all tumblr users out there:

ALL fandoms have they’re toxic and hateful side, but it’s our choice whether or not to listen. If you came to tumblr to love, then love. If you came to tumblr to hate, then your using tumblr wrong. But hate can come in many different ways. It could be a person who loves something but hates and harrasses anyone who doesn’t or even feels neutral about it. If the people you are harassing aren’t hurting anyone with their dislike of that thing or making hate post about it, leave them alone.

In conclusion, all fandoms aren’t completely toxic, they all have a toxic and unsafe side to them. But if you focus on all the bad things about a fandom, you forget about all the good things about it too, like welcoming people into it and geeking out and having fun with the things they love.

I know this post won’t change everything, but it can at least encourage fans to keep using tumblr the right way.

So, come on Tumblr. I know you’re better than that.❤️

The message that we intend to convey through this statement, is that the feeling of “embracing” love as an energy, can be experienced when we actually CELEBRATE it! In other words, whenever we VALUE and APPRECIATE feeling love at the present moment.

My Counseling classes are about to be so fun this semester 🙏🏾✨😇

Pictured above is ALL my shit waiting on me to deal with it. ☝🏾😩

As a black woman I wasn’t always in spaces that cultivated me digging deep and dealing with my stuff. As is the story for most of us. I was taught to stuff things down and keep it moving, but frankly…… It was killing me! 😵 In the past four years I’ve been divorced, moved back home with my father, lost some friends, gained a few, fell in love, lost that relationship, and I’ve been trying to mend my children from all the stress and trauma we’ve endured. My body has been busy…. traveling, running, dating, eating, kicking it, etc, but my soul has been crying out! I’ve been in therapy consistently for a year now and things are finally starting to move (shit is getting real) because I’m being honest with myself and my therapist. I just wanna live a better more full life. Today I started a 30 juicing cleanse coupled with the work I’ve been doing in therapy….. Mind+Body+Soul👈🏾 I want them all aligned and healthy.

“Despite my human errors I’m a fucking celestial being on earth✨. I am in full accountability mode! I am seeking my highest self at all times!”-Me

Each new year offers an exciting opportunity for a new start and beginnings, which is probably why we all look forward to New Year’s Eve so much. No matter what your goals are for the coming year are ahead or how many new year’s resolutions you plan on making for 2021, start with yourself, ringing in the start of a new year is a moment to acknowledge. One, to celebrate all of your experiences from 2020; and two, to welcome the new year ahead with tremendous kindness to yourself and others!

The universe conspire in my favor. I accept the present moment. I’ve realized I’m whole and complete and need no one and nothing to make me feel happy.

I am for everyone but belong to no one.

‘Sometimes we fight. We say words we don’t understand just to make others cry, just for them to feel the pain we have had to endure all on our own. We spit words we don’t mean, feeling like there’s no one else who knows what we feel. Forgetting that we’re all still form the same world. We’re just not used to the fact that some of us see the world from the same lens. Sure maybe her eyesight’s worse than his and it takes a little while longer to see things as it is but it doesn’t mean she doesn’t understand his pain is the same as her own. None of us are used to the fact that healing takes time. Surviving may not be the same as living. And kindness takes more strength than ignorance. We overlook things sometimes, sure, but that doesn’t mean they’re not there. Just because a cloud is hiding your shine, doesn’t mean you’re not shining in another city. Being the brightest star anyone can see. It’s all about perspective. It takes time and perspective but we’ll get there eventually.

You’re a star. So shine. Even if you can’t see who sees you