perhaps these stories were the Philosopher’s Stones. our stories make the dead dance and the living soar. they turn water into wine and rocks into gold. they give us power beyond our wildest dreams. perhaps our stories do something even greater than that, something we haven’t even considered in our small vision. something like helping us all to listen. reminding us to pay attention to the soft voices. perhaps.

“Looked me in the eye, and said ‘Sometimes you can do everything right and things will go wrong.

The key is to never stop doing right’” 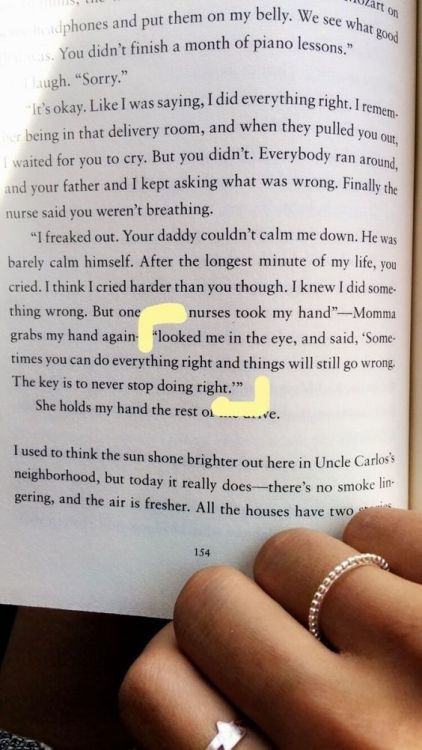 One of the most amazing things that can happen is finding someone who sees everything you are and won’t let you be anything less. They see the potential of you. They see endless possibilities. And through their eyes, you start to see yourself the same way as someone who matters. As someone who can make a difference in the world. If you’re lucky enough to find this person, never let them go.

A little snippet from the tapestry of death, I didn’t get to push in. From the drafted copy:

Sometimes if you listen on a cold winters night,

A whisper on the wind of ears,

A melody of dread.

Travel into the forest at your own risk.

For what awaits is a tapestry of death.

“Darling, you are ever so cute.. standing next to you I get cutified by your darling eyes and mesmerized by your sexy thighs, but what I love most is that lovely mind that hides inside.”

Just a dumb wh0re whos got nothing to lose and everything to gain.

Twas a long and quiet night,

Of a starless, moonless sky.

And yonder in the woods so dark a traveller dared to try.

Some said death lurked in its depths,

Older than time had dawned.

But when the freckled, ginger,

Page had come, with a message from her sister,

A woman quickly packed her bag and made for the Forest’s river.

There were words from wise against,

Travelling out at night,

But the woman had to cross the wood,

To see her sister,

Hath caught a bout of blight.

the wind would weave between.

her lantern shuttered out midway,

And wouldn’t be relit.

The wind carried a tune so old,

She thought it first a trick.

For with the whistle of the gale,

A voice seemed to lilt.

The rushing sound of gale built up,

The heat began to wilt,

And in its place left frost so cold,

Her world did go atilt.

Still she heard that lovely voice,

A web that did ensnare her,

But time had not to spare,

It was leave right now or never.

She scrambled through with sight near blind,

And fell into a stream,

She felt it through,

And staggered half into

It seemed she wouldn’t make it past,

The threshold of the wood.

Her sister she would die alone,

And there was chance that she would too.

When her breath began to thin at last,

And steps began to lag,

A beam of light,

Her eye it deemed to catch.

She followed through the moss turned earth.

She saw in her periphery.

And to it she did lurch herself,

To warm her bones,

And help her through the harrowing,

So she reached for the door,

But halted a moment to,

Think upon this choice to hold.

The walls were white, and smooth to touch

and curtains of golden hung,

By the window rattling open,

She dared to see who sung.

A man of youth and skin so fair,

Was seated at an ivory loom.

He lined and wove it’s tread,

with a song so beautifully sorrowful.

She looked beyond his handsome face,

At lanterns hung so low,

But the source of light she did not know.

Had her snapping her head,

To the man that now stood in the door way.

He bade her come in,

And a seat nearby the blaze.

She asked for a cup of tea,

But wine he gave her see,

For tea was warm but drink would keep,

The nasty chill away.

He spoke so well,

For a forest dweller, his clothes were fine and fit.

He must have made them for himself,

For he seemed to love to weave.

She walked on to the loom,

Of his craft and life,

Until the undone tapestry caught her eyes.

Her wine she had not sipped on yet,

But looked around carefully,

Not at the work half-done on the loom,

Some kind of tapestry.

Stood neath a cloud which rained

Death upon the land.

A love that death it found in life,

But could not hold her near,

And for that pain he set to kill her,

But it seemed it did not work for she was life and pure,

And until the dark corrupt of men,

Remained she would not near either side,

And flickered between realms.

She asked him of the scene so queer,

She hath not seen before,

Perhaps a tale, his mother told,

From some tragic, old folklore

He told her of a dream he had,

Where a death-god had conquered the world.

And fed on pain and sorrow,

Waiting for man to wilt,

That he may see his lover.

Her brows sketched but she did not show,

The building fear down below,

he smelt the fear,

And a bow he gave her with a sneer.

The woman did not bat an eye,

Glanced by to the door,

She brought the wine up to her lips,

And when she tasted,

For it was not the sweet of wine she tasted,

But something vile and metalic,

Twas blood he gave for her to drink.

And she suddenly seemed to notice it.

The spheres of lamps so thick and rough were skulls,

And skin all dulled and tough.

At the loom she took a closer peer,

At the carved and rigid frame.

A art he must have come to dear,

To banish some livid rain.

Something of a home,

And when she touched it’s beam so white,

found the strength to be of bones.

She lurched back from his leering form,

And banged against the wall.

The mural she landed against,

Was made of skin that still was warm.

A flittering stare she threw at the loom,

The thread of veins and hair adorned.

He was the death-god,

So said ‘dreamed of’.

And she had had enough of madness.

She pushed from the corner and rushed for the door, leaving her cloak behind.

But the door banged open before she could reach,

Wrenching a figure in with ease and shutting right behind her.

Twas her sister who stood, soaked in the door way, shivering much as she had.

No words were said,

As they saw the trap and turned to find the man.

His lovely face had flickered,

He crossed to room,

To pick a mural and slithered into its warmed protection.

Skin welded and morphed into a freckled ginger boy,

And with a languid flourish,

The lights went out,

And the screams began to ring.

The woman whose sister hath died in the wood,

The village came to mourn.

Yet no one seemed to understand from where she had got the loom.

The Weaver smiled from behind,

a mask of presice and treacherous sin.

Careful he had been with her,

When went to wear her skin.

The Village spoke of how the wood had a monster

With a song of death,

The wind did sing,

That carried on to here.

But no one seemed to hear that voice,

As last when darkness fell.

No one saw the monsters new home,

A pretty, primped up hell.

Would steal the stars if they could.

The end was no where soon.

He was simply, dutifully doing his part,

As anyone who wanted to cleanse would do.

He would stay here not for long,

But long he did not need.

He would take and stitch the countless pelts,

a tapestry of death.

Phew, that was… disturbing at most.

Long, I know but it was a lot of work.

In another life, I would make you stay

A man who has betrayed you once has already shown his true colors.

If you give him the opportunity to do it again, you have betrayed yourself.

“If you judge a fish by its ability to climb a tree, it will go its whole life believing that it’s stupid.”

Sometimes it’s not the person who change, but it’s the mask that falls of.

Answerless questions can destroy you. Move on.

A reminder to myself and anyone who needs it. Closure sometimes just won’t come and it’s taken me a long time to stop fighting against that.

All my life I’ve been good

But now I’m thinking, “What the hell”