in the fall of 2017, loki moves back in with his estranged older brother: thor skywalker, star linebacker of the marvel university avengers. over a year, he and thor are revealed to themselves and each other in possibly the worst light, and surprisingly, that might be enough to save their relationship forever.

at least loki is getting paid for his suffering.

what is BROTHERS? + read chapter 7 and i’ll give you a kiss. 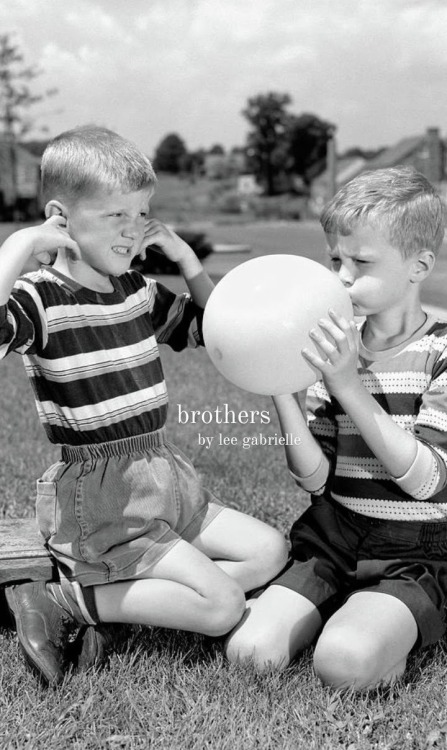 Dog is a very good dog.

Title: Angel of Mine

Summary: Angels walk among us. They serve the people, aiding those who need it, guiding their chosen, and using their magical abilities to make the world a better place. Rosalie Archer thought she had it all. Once her two best friends, Steve Rogers and Bucky Barnes, returned from World War II, she would bind her life to theirs, and the three of them would live happily ever after. Only Bucky fell from a train, and Steve crashed into the ice, and Rosalie had to find a new path in life.

Now it’s 2014, and unbeknownst to Rosalie, her secret has been discovered. HYDRA wants to harness the power of angels, and with the help of a demon with a grudge, their experiments are close to complete. When Rosalie goes missing, her old friend, Peggy Carter, sends Steve and Bucky after her. In a reunion seventy years in the making, how will Steve and Bucky react to Rosalie’s abilities? How will the rest of the Avengers react to a new comrade with wings?

And how far will demons go in order to see all of the angels destroyed?

Notes: Written as part of @tilltheendwilliwrite​’s 7.7k Covid Sucks Prompt Challenge. Congrats on all the followers, T - you deserve all that and more! I hope you like what I’ve come up with for this challenge. ♥

This fic assumes that 1. Bucky was rescued from HYDRA, 2. the Accords never happened, and 3. everyone is living happily ever after(ish) in the Avengers Compound. What’s canon? I’ve never met them. Takes place post the first Avengers movie.

Rosalie squeezed each of their hands. “Do you trust me?”

Though he’d been born and raised Catholic, Steve didn’t have much faith in a higher power anymore. But he couldn’t deny the truth before him now.

Angels were real. Rosalie’s magic was real. He believed in her. It was enough.

“Of course,” he murmured. Bucky nodded too. “What do you need from us?”

“Just your faith in me,” she said, “and to believe that what you’re about to see is real.”

Hmmmm, I wonder what update could finally be coming next week? 🧐

Sorry for the long delay, guys! It’s been a rough couple of months. Get caught up on Fire with Fire thus far on AO3 or FFn!

Waking up in Asgards infirmary wasn’t what you expected. You expected Odin to have someone transfer you back to earth so human doctors could handle you instead of him wasting his resources. But as you got up you jerked in pain. The stab wound was stitched and bandaged, but you had healed enough to move at least, only if you were careful. Your legs dangled over the edge as Odin walked in. You bowed your head refusing to look at him.

Bucky: I am literally pinning you down

“PUT ON THE OVERSIZED KETCHUP BOTTLE!” Bucky shrieked over the commotion. “LET’S GO A FEW ROUNDS!”

“Who the hell is Peggy?”

Rules: Post the name of all the files in your WIP folder, regardless of how non-descriptive or ridiculous. Send me an ask with the title that most intrigues/interests you and I’ll post a little snippet of it or I will tell you something about it!

Ooh this looks super fun! Thanks for the tag @ilonga !!! 💙

you’ve got a way

not every I love you is a happy ending

the price we paid left a mark that stains

A/N: Simply a collection of Marvel requests and a few random challenges I’ve been a part of!

Bucky keeps calling Steve pet names, and he doesn’t know what it’s doing to Steve, or does he?

thanks for the request anon! i wasn’t sure if you wanted the normal vision or female vision but either way, they’re the same. loving the show already!

Vision pushes up the eye mask. “Wyatt?” She asks.

“Are you using your powers to turn on the light?” She looked at the window.

I’ve been thinking about something for a long time since I started posting fics on here…I have never once in my life written a reader pov until I began writing MCU fics. Why? To me personally…I hate writing reader fics, I just feel like I’m horrible at it. I hate writing in 2nd person for the same reasons, which is why all my reader fics are in 3rd person. I truly don’t know the reason why, but writing them feels like nails in a chalk board for me. It could be my own insecurities 🤷🏻‍♀️

But I realized when I started reading fics on here, that the majority of them were reader inserts. But that’s when I notcied something:

Reader inserts are more popular than ANY or original character fanfics. I think that’s sad in a way. Don’t get me wrong, there are amazing reader insert fics out there, like incredible ones and I understand the appeal to them, but there are plenty of beautiful and amazing OC fics out there too.

Writers put so much into OC’ s, just a little bit more than reader inserts, and I feel like they get brushed aside, not even given a chance which I think is a shame.

Again, this is not my knocking reader inserts, and this isn’t because I have my own OFC’s, it’s just something I’ve noticed. The inserts always get more attention, notes and comments than any OC fic I have read (this is throughout 15 years of reading fanfics)

I think I’m going to dig and serach for the writers/fic who do have OC’s and I’ll recommend them on a list if anyone is interested, just to highlight these talented aurthors as well.

(I’m in my phone but the two who come to mind currently who have written OC’s are: @bucky-the-thigh-slayer and @sexylibrarian1 (<- hard to find lol.) her masterlist is here: Chterchez La Femme masterlist and Also on A03

We are THRILLED to finally have WandaVision here on Disney+! And to celebrate both our welcoming of this blog and this series, we are having a WandaVison celebration!

If you are writing any WandaVision themed fics this weekend and would like us to share and spread your work, send us a DM with the link and we are more than happy to read and share it!

And if you are wanting to write some fun WandaVision themed fics, we have many prompts ready to be reserved!

Take a look at our How It Works and Guidelines pages and write with us in celebration!

And if you have any prompt ideas you are wanting to read, send in a submission and we will do our best to quench your thirst!

Whether you’re a comic nerd or an MCU fan… EVERYONE IS WELCOME!

summary: deaf!peter should get you hooked